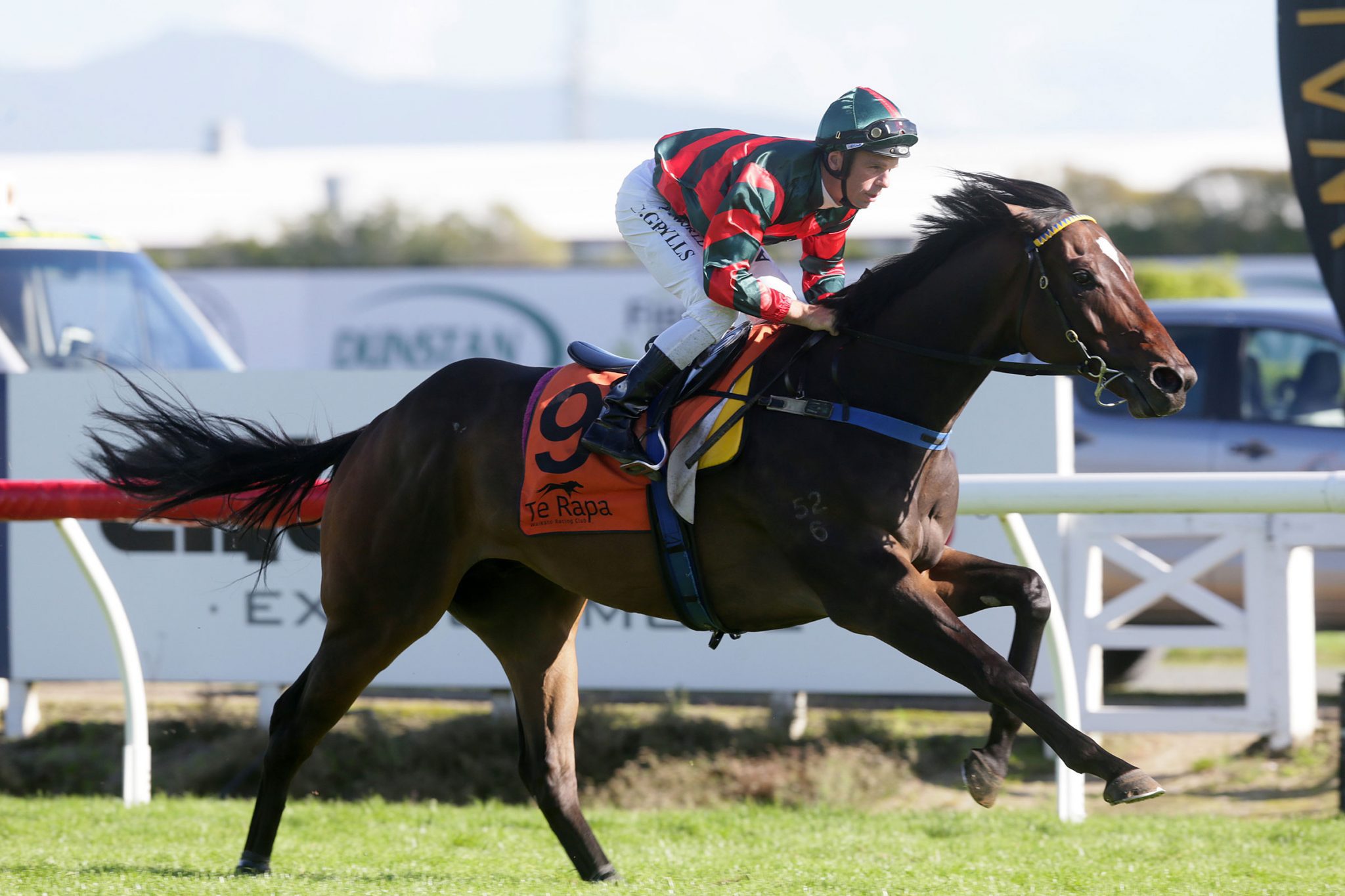 Comeback galloper Dragon Leap returns to the races for only the second time since February 2020 when he contests Saturday’s Group 1 Tarzino Trophy (1400m) at Hastings.

The now five-year-old was one of New Zealand’s top three-year-olds and a leading fancy for the Group 1 New Zealand Derby (2400m) after successive Group Two victories in the Auckland Guineas (1600m) and Avondale Guineas (2100m) respectively.

But the 2400m proved a bridge too for the Lance O’Sullivan and Andrew Scott-trained galloper, and while finishing a game fourth, the Pierro gelding will unlikely be stretched to such a distance again.

Despite only racing once since, when finishing eighth in the Group 2 Tramway Stakes (1400m) in Sydney last spring, punters have shown their respect for Dragon Leap’s ability by installing him a +450 equal third favourite for the Tarzino.

“He is as forward as we can get him with one trial and the work-outs that he has received,” Andrew Scott said.

“We have to bear in mind that he has had one run in 18 months and although he is not a horse that takes a lot of work to get up to raceday standard, just being older and practically a year off raceday fitness, it is really hard to know actually how forward he is.

“We are under no illusion that there is going to be further improvement post-Saturday but we think we have him fit enough to be competitive.”

Dragon Leap wrenched a fetlock in Sydney in the spring and after rehabilitating from that setback, ventured to Brisbane in the winter but wasn’t sighted on raceday.

“He trialled once in Brisbane where he clashed with Tofane (triple Group One winner) and trialled as good as her,” Scott said.

“The next week he got a high temperature and we aborted the trip and brought him home. We thought we were on track for a good preparation.

“He only had 10 days off after the high temperature before we brought him home and all roads have led to Hawke’s Bay.

“We don’t believe he has lost any of his ability and none of the issues that he has had have lingered. He’s a sound horse.”

Despite being nominated for all three legs of the Hawke’s Bay triple crown, it is unlikely the horse would race beyond a mile.

“We have got no plans post-Saturday, whether that is Australia or New Zealand,” Scott said.

“We have to take it one race at a time. He is still at a place in the ratings where he can run in handicaps in New Zealand. We just want to analyse his performance and check him post-race. It is about getting the show back on the road.”

Dragon Leap will be the sole starter for the Matamata trainers on Saturday at Hastings, with handy winter galloper Aero de Paris to contest the Open 1200m handicap at Te Aroha on Sunday, while first starter Dark Destroyer will likely debut at Taupo on Friday.

A son of Proisir, Dark Destroyer is raced by David and Dianne Archer and holds a nomination for the Group 1 Al Basti Equiworld Dubai New Zealand 2000 Guineas (1600m) at Riccarton on November 6.

“He looks a promising young horse. He has trialled well, including a trial at Taupo, so he should run well,” Scott said.

“While we have got a few three-year-olds that we do like, he is probably one of the stronger and more advanced of them. David is always of the opinion that if you’re not in, you can’t win.

“If there is rain about, as is forecast, we think he will cope on Soft ground.”