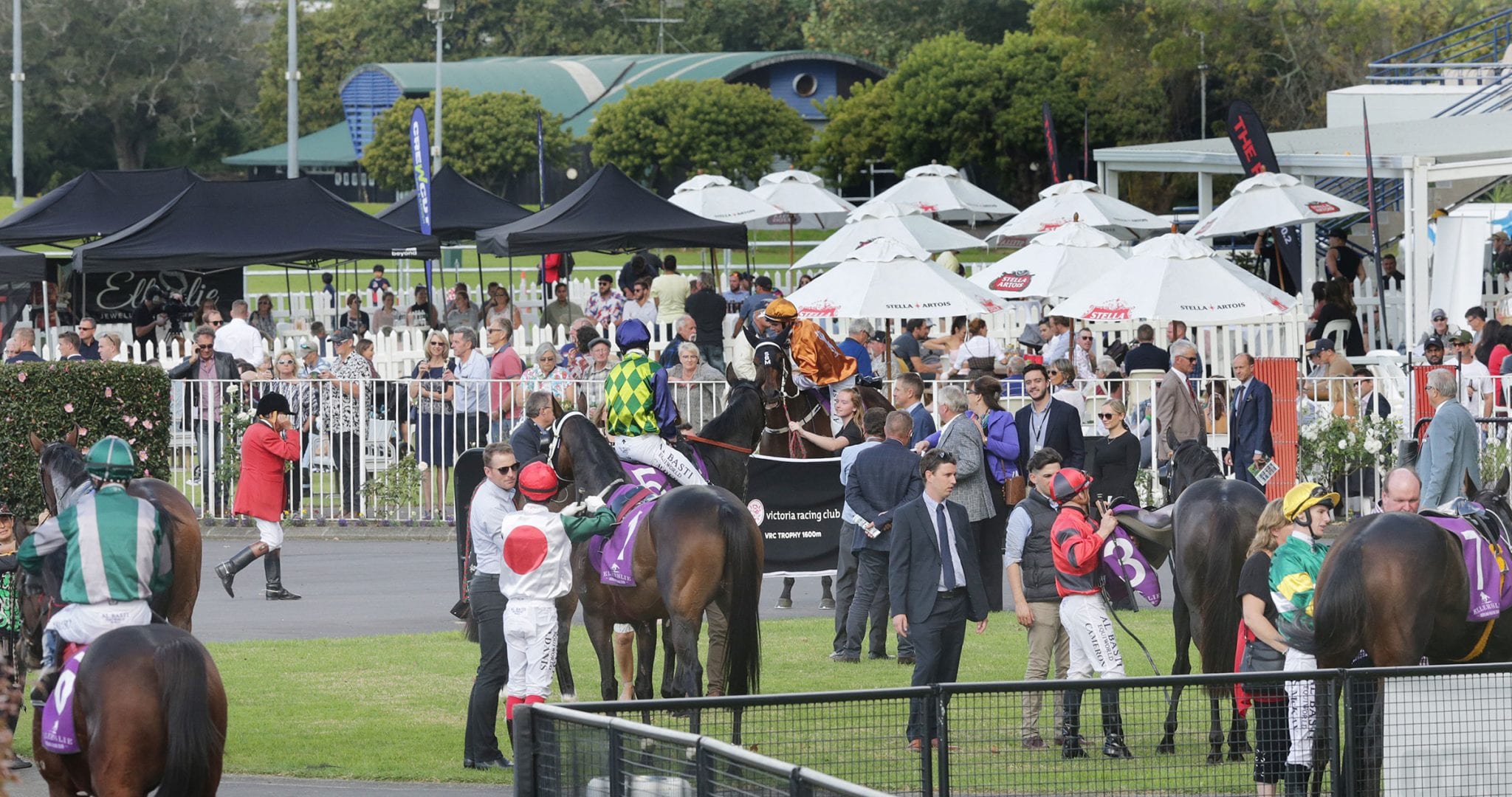 With initial details released Monday (9 November) by the Auckland and Counties Clubs in a joint statement, it is anticipated the merger and use of the two clubs’ collective assets will enable them to more than double their income over five years. This will facilitate average stake levels per race to double from $50,000 to $100,000, while Ellerslie would be set for a major overhaul, with the installation of a new StrathAyr surface which would be used on at least 40 race days per year.

A new-look Ellerslie, with international standard facilities, is expected to provide a revitalised racing scene that attracts both new and existing racegoers, in addition to being the compelling racing venue for industry participants.

Discussions are continuing with the Avondale Jockey Club (AJC) to explore wider options as to their role in the current and future of racing in the Auckland region, with the other two Auckland clubs keen to have them in the fold. The AJC will be making recommendations to its members on Tuesday, to be voted on at the annual general meeting on November 26.

In a joint-letter to members, Auckland Racing Club chairman Doug Alderslade and Counties Racing Club chairman Mark Chitty said the proposal is not finalised, and will now be opened for wider consultation. “As we have both said in recent months, our clubs need to focus on creating a vibrant and sustainable future for racing in the Auckland region that delivers for all industry participants,” the Chairmen said.

“The status quo is simply not sustainable. “While we must cherish our past, it is essential that we adapt and change as an industry for the betterment of all. There are real and achievable opportunities to significantly improve the financial returns for the industry and to have a new beginning for racing in our region.”

While prizemoney will be bolstered across the board at Ellerslie, which beyond an interim construction period will work towards becoming the Auckland region’s sole racecourse, there will also be 10 races worth $500,000 and three races worth $1 million.

Counties Racing Club chairman Mark Chitty welcomed the announcement and said the joint venture was a must in order to ensure the future of racing in the Auckland region. “At this stage the proposal is for the amalgamation between Ellerslie and Counties, with Avondale still to come into it. It’s very exciting,” he said. “From a Counties point of view, we were going to struggle to do that (achieve those goals) on our own. Our financial sustainability could be seriously questioned.

“We have got surplus assets to what we require for racing and we have got a plan change that has gone through, but it is about doing the right thing for the industry. “I think everyone is seeing this as very much industry orientated and owner orientated. “We only have to look across the Tasman that people want to be involved within Australian racing from all around the world because they are returning 48 to 50 cents in the dollar.”

The clubs commissioned Deloittes to analyse the business case and their report outlined that they believe the amalgamation would create a club with the financial strength and facilities to meet the objectives that the Clubs are looking to achieve.

Chitty said the project is still in the proposal stage and each club will be meeting with their members over the coming weeks to present them with the proposal. “It has to be presented in front of members,” he said. “There is a members forum set for Avondale tomorrow (Tuesday), and Ellerslie and Counties will do the same thing. “A lot of the minute details need to be worked through, but the big picture stuff is what we are focussed on. “We are hopefully looking for things to be progressing within the next 12 months.”

While the sale of assets is inevitable in order to generate funding for the increased stakes and facility improvements at Ellerslie, Chitty said the creation of an investment portfolio will help future-proof the funding model of the new club. “You are going to want in the vicinity of a $200 to 250 million fund,” Chitty said. “From what we have got out of our Deloittes report, we can achieve that.

“To future proof you need to ring-fence investment so that it does not go into infrastructure or working capital. It needs to continue to earn you money and that possibly hasn’t been done previously. “One of those premises is raising an investment fund that allows us to put money into stakes. We are going to get a racing dividend from the TAB from turnover, but this is its own investment doing the work. “That will be a mixture of a portfolio and I am sure there will be some debates created around retaining some assets to develop for the long-term benefit. “Ellerslie has given an example of what that could look like with what they have done with their 125-year lease.”

Chitty also said that while some Counties members may not like going into the city to watch racing at Ellerslie they need to realise that the proposed change is for the benefit of racing and ensuring its survival in the region. “We are a country club and some people don’t like the city,” he said. “We are celebrating 100 years and it has been fantastic, but we cannot continue in the same vein otherwise it is going to be a slow death. “We need owners and the owner model has changed. You need more owners to race a horse today and you want them to be part of it.”

Chitty said the township of Pukekohe, where the Counties Racing Club resides, has developed a lot since its inception, and may no longer be the best location. “I think people have put the show on well in the past and they are different feels (at each track), but we (Counties Racing Club) sit right on the industrial border of Pukekohe, which is a lot different to when it was set-up.”

While Pukekohe may no longer host race meetings under the new proposal, Chitty said the establishment of a training facility near the township is a major talking point. “I am very mindful of attempting to develop a training centre,” he said. “I think it is important to facilitate the horses and people. “Pukekohe is a big town and it can support the people who work in the industry. It has got schools and housing to be able to facilitate the people close to New Zealand’s biggest city.”

While the Auckland region is leading the way in terms of future-proofing racing in their region, Chitty said the new club would also be looking to assist other regions if they elect to follow suit. “Each area is different and there is a different dynamic,” he said. “I think going forward the northern group, whatever that may become, would be looking at supporting different initiatives outside our area as we go forward.”