Promising stayer the Belle of the Ball at Wanganui 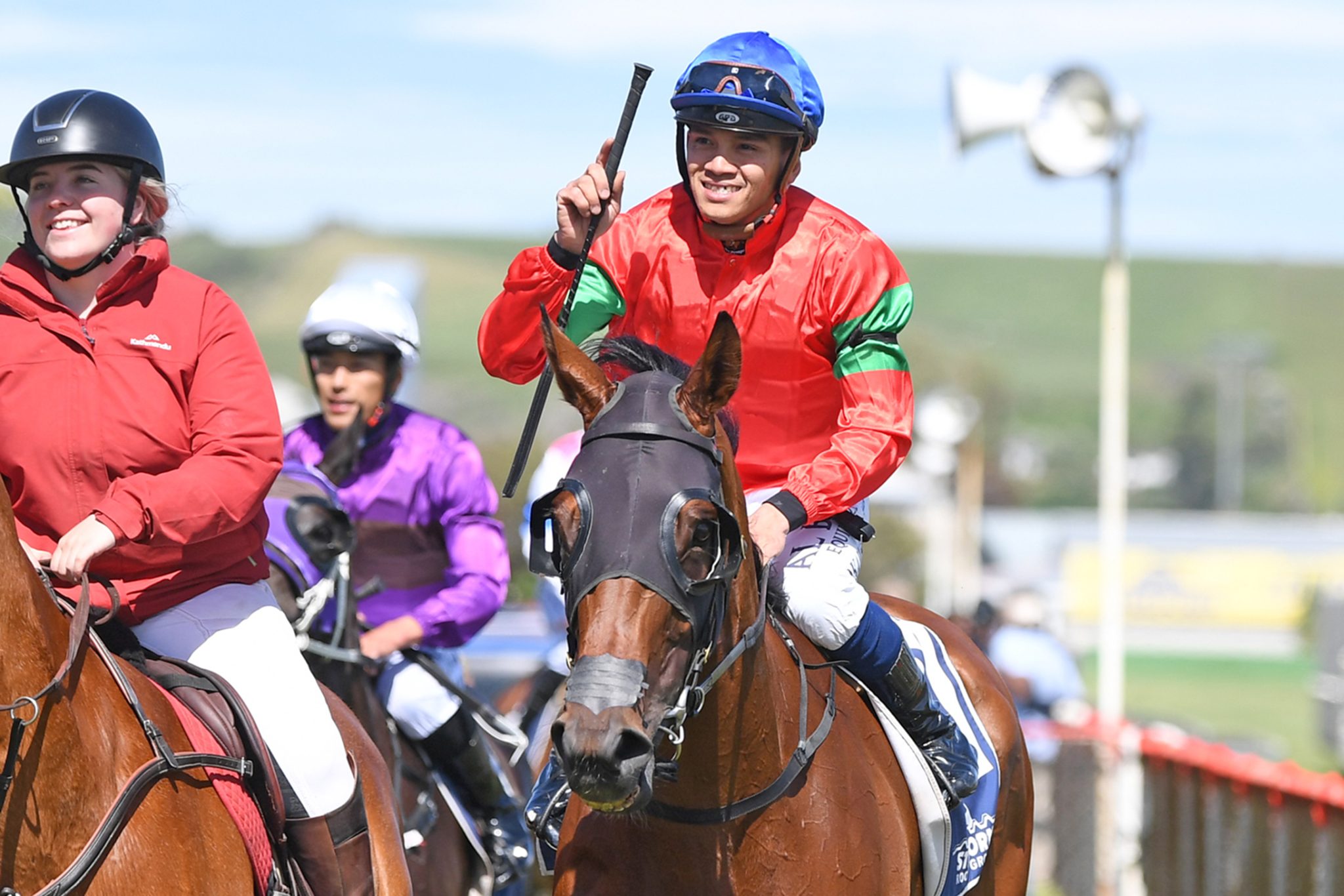 Progressive staying mare La Flora Belle set the scene for further success over the summer months with a determined effort to take out the Wanganui Cup (2040m) on Saturday.

The Mark Walker-trained five-year-old had picked up her first career victory back in February and added a second before being set aside for a decent winter break.

Off the back of her third victory two starts ago and a last start second in the Waipukurau Cup (1600m), Walker stepped the daughter of Iffraaj up to stakes company for the first time on Saturday and she delivered in fine style, courtesy of a copybook ride from stable apprentice Joe Kamaruddin.

Kamaruddin provided La Flora Belle with the run of the race as he tracked the speed on the fence before angling her into the clear early in the run home.

Despite a few wayward strides, the mare kept finding to decisively defeat Charms Star and Llanacord and record her first stakes success.

“She has been a while in the making this mare but that is the beauty of Marie Leicester, who bred her and part-owns her, in that she is just so patient and gives her horses the time to come to it when they are ready,” Walker said.

“We’ve stepped her up gradually and this was her first go at this level and she has acquitted herself with honours.

“It was also a gun ride by Joe as he had her beautifully placed and worked into it at just the right time.

“He has really matured with his riding of late and this was a good example of that.”

Walker will now look at another potential black-type target with the mare, although he still has some doubts about her maturity to cope with the longer distances of some of the opportunities coming up over the summer.

“We found out today that she can definitely handle the 2000m, but there aren’t many handicap races run at stakes level over the summer around that distance,” he said.
“We will take a look at the calendar with a race like the Manawatu Cup (Group 3, 2300m) in December an option.

“That will tell us whether she can cope with that extra distance and if she can’t then we have the option of easing off a little and looking at a race like the Kaimai Stakes (Listed, 2000m) on her home track in February as another option.”

Out of Leicester’s Stravinsky mare Tsarina Belle, a member of the illustrious Belle family, La Flora Belle has now won four of her 15 starts.

She comes from an extended family that includes dual New Zealand Horse Of the Year, Melody Belle who won 19 races, with 14 of those at Group One level.