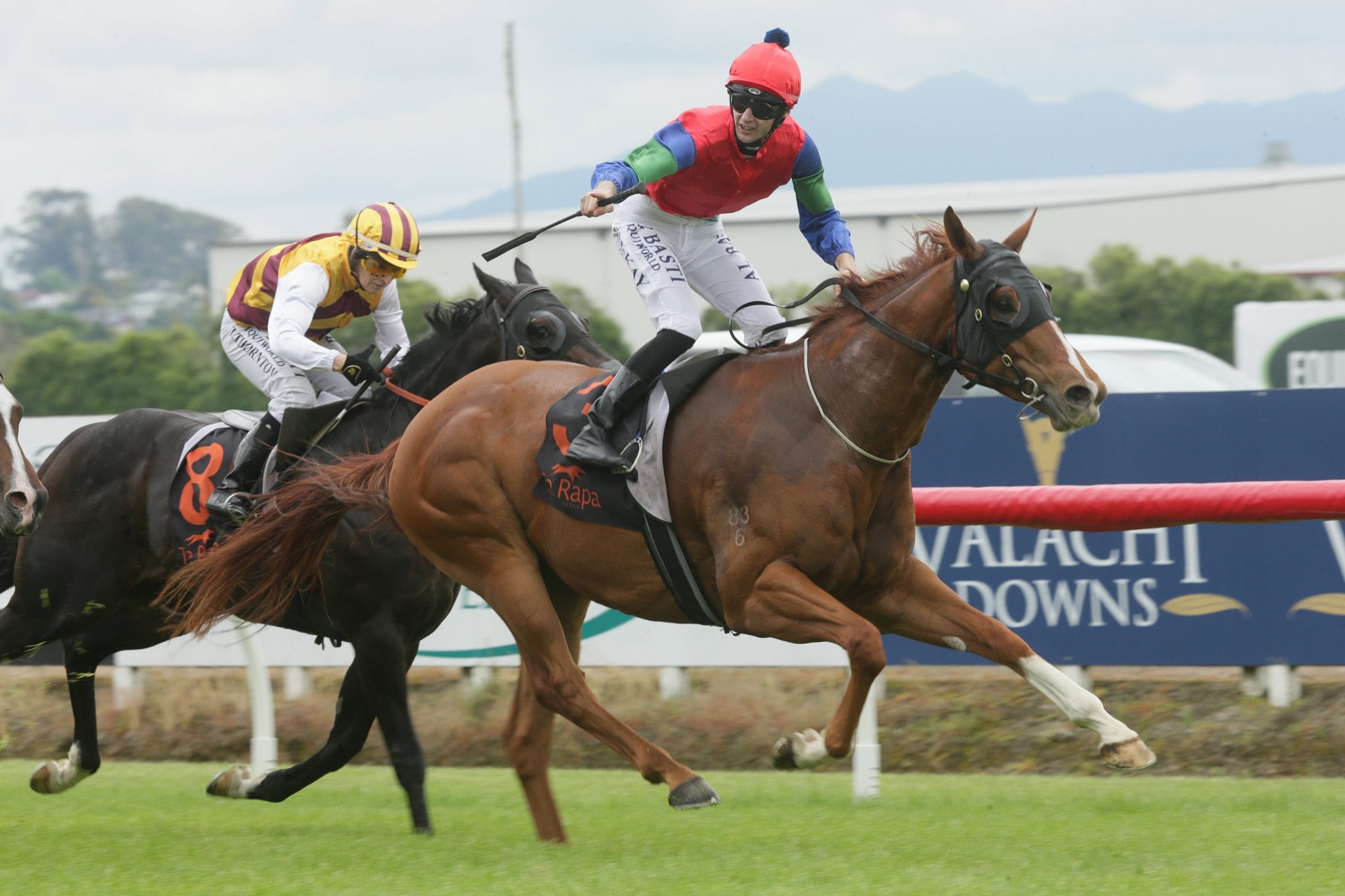 Co-trainer Graeme Rogerson makes no secret of the high esteem that he holds for talented galloper Mascarpone. The flashy chestnut took another step to fulfilling his potential when he downed a handy field of sprinters in the Listed Legacy Lodge Sprint (1200m) at Te Rapa.

The Shooting To Win four-year-old had disappointed slightly when finishing a well beaten third on a wet surface at Trentham last time out but bounced back to his best on Saturday with a dominant performance.

Having his first ride on the Team Rogerson-trained galloper, jockey Shaun McKay settled him in midfield as pacemakers Ihu and race favourite Endless Drama set up a strong tempo out in front. McKay asked Mascarpone to make a wide run in the home straight and he dashed to the front at the 200m before comfortably holding out the late challenges of Coventina Bay and Short Fuse.

“He missed last time out but it was on a wet track which he just doesn’t handle,” Rogerson said. “On a good track he can certainly gallop but he’s still a work in progress. “He is just hopeless in the wet but on a good track he is something else.”

Rogerson has lofty goals for his charge as he looks at some trans-Tasman targets ahead. “I think you will see him in Melbourne in the new year for a couple of sprints over there and then back in Australia next spring,” he said. “I really think he has the makings of a good horse and you can see that by the times he runs.

“I nearly took him to Christchurch for the Stewards (Group 3, 1200m) at Riccarton this week but I was frightened if he struck a wet track that it was going to be a long way from home without much chance. “We’ll be taking him to Otaki for the Levin Stakes (Group 3, 1200m) for his next assignment.”

Bred and co-owned by Westbury Stud principal Gerry Harvey. Mascarpone has now won six of his 14 starts after being purchased for $160,000 by Rogerson from the Westbury Stud draft during the Book 1 Sale at Karaka in 2018.