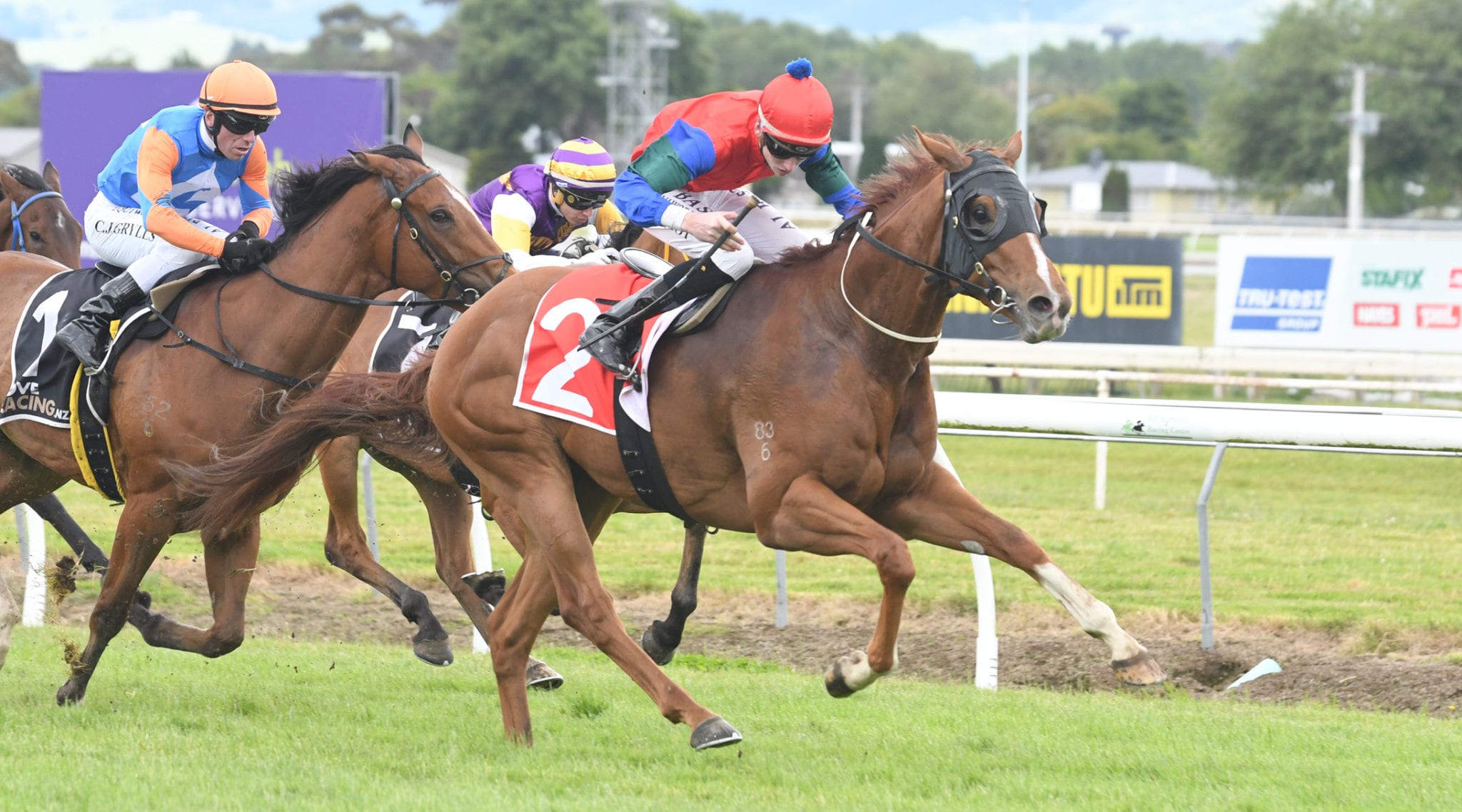 Exciting prospect Mascarpone sent a clear message to his age group rivals that he will be a force to be reckoned with in any of the upcoming three-year-old features after he stormed to victory over 1400m at Awapuni on Saturday.

The Shooting To Win gelding made it three wins in a row with a stunning performance despite missing the start by a conservative three lengths after rearing as the gates opened. Rider Ryan Elliot had his hands full in the early stages as Mascarpone fired up on a muddling tempo but enjoyed an armchair ride in the final 600m as his charge glided around the field approaching the home bend before unleashing a powerful burst that carried him to a comfortable victory.

Co-trainer Bailey Rogerson was thrilled with the performance, especially given the Team Rogerson-trained galloper had required some farrier work behind the barrier after throwing a rear plate on his way to the start. “It’s scary to think that what he’s doing now is just pure raw ability so, when he puts it all together, we will look forward to that day,” she said. “He’s a funny horse and nothing really went smoothly. “Each time he goes to the races though he’s learning and learning. “There are some nice races (coming up) where we might have to throw him in the deep end, but as he’s shown, he is a quality horse.”

While Rogerson didn’t signal any particular target for Mascarpone her training partner and grandfather, Graeme, has indicated the Group 1 Levin Classic (1600m) at Trentham next month is definitely on the horse’s future programme.

Elliot was also full of praise for his mount despite the starting gate incident that had him in some discomfort after cracking his shoulder against the side of the barrier when Mascarpone jumped in the air. “He’s reared up as the gates have opened and clocked my shoulder on the way out,” Elliot said.

“The saddle slipped back a bit and made it hard up the straight but he’s done it well. “He’s not the easiest to shoe so the boys did a great job putting his shoe back on so cheers to them as well. “After the terrible start I just sat back and stayed about three or four off the fence. I didn’t have much cover but that was the better part of the track. “He doesn’t really handle the wet ground but he has got through it.”