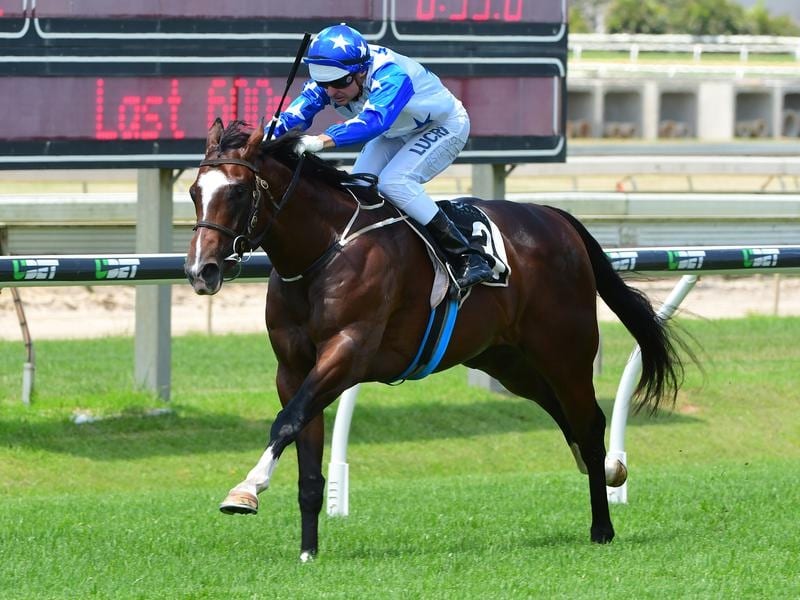 A late programming change by Racing Queensland has proved a blessing in disguise for two-year-old Neptune’s Spear.

Trainer Liam Birchley had intended to run Neptune’s Spear from the outside barrier in the QTIS Two-Year-Old Handicap at the Gold Coast on Saturday.

It was to be Neptune’s Spear’s last run before heading to New Zealand to tackle the Karaka Million on January 26.

Birchley was able to scratch the horse on Saturday morning after he was told RQ had added a two-year-old race to the Doomben card on Wednesday.

RQ added the race after criticism from trainers that too many horses were getting balloted out due to field size restrictions.

“It looked as though we had no choice but to run him on Saturday from the bad draw and I was worried it may have flattened him a bit against a class field,” Birchley said.

“But this race is only four days later and suits just as well. He can run in it and then press on to New Zealand.”

Neptune’s Spear was a brilliant winner at Doomben in November and Birchley has given him plenty of time to get over the run.

“He has a lot of early pace but I think he will have no trouble getting 1200 metres,” Birchley said.

Birchley has won the Karaka Million twice with Sister Havana (2010) and Hardline (2015).

The trainer will have one of the outsiders, Courseshewill, in the $2 million Magic Millions Classic on Saturday.

Courseshewill won her first two starts but has been well beaten at her past two.

“She got bumped in the Calaway Gal and then in the Bruce McLachlan she got pushed right off the track just after the start,” Birchley said.

“Hopefully, if she can draw a decent barrier she is in with a hope.”