Profiteer on song for Todman after impressive gallop 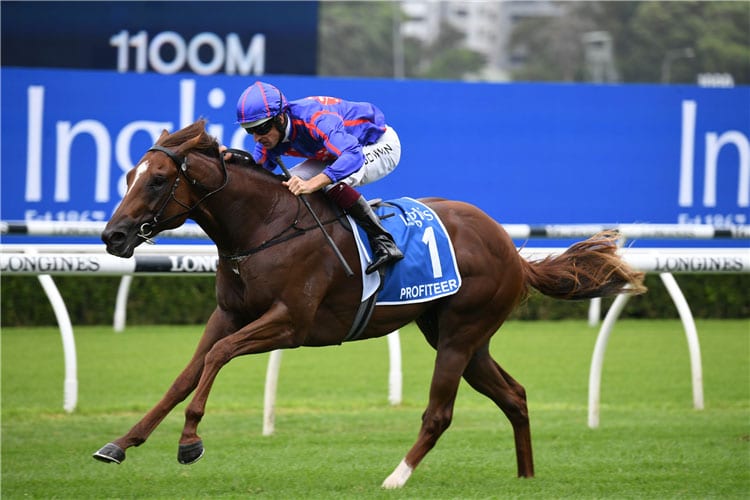 Mick Price has made a hit-and-run visit to Sydney this week to oversee a crucial trackwork gallop for Golden Slipper favourite Profiteer ahead of his Todman Stakes showdown with unbeaten youngsters Stay Inside and Remarque.

A scintillating winner of the Inglis Millennium, Profiteer has been staying at the Sydney stable of Gerald Ryan and Sterling Alexiou and Price was keen to see him in the flesh.

The colt worked over 800m with a mate and Price said Profiteer came through the gallop with flying colours.

“It was good and Gerald said they don’t work much better,” Price said on RSN radio.

“That was his main gallop in between his win in the (Inglis) Millennium and Saturday. I thought the horse was brilliant. He didn’t blow all that much.

“He will be a good, strong chance on Saturday.”

A winner on debut at Flemington in December, Profiteer rocketed into Slipper favouritism when he showed sustained speed to street his Inglis Millennium rivals by more than five lengths.

Price opted to freshen him up after the February 6 race and Saturday’s Todman Stakes (1200m) at Randwick will be his final run before the $3.5 million juvenile showpiece on March 20.

It will also be his first test over the Golden Slipper distance and Price is hoping jockey Hugh Bowman can harness the colt’s speed over the extra 100 metres.

“I’d love to think that he can run his first half nice and then the second half of the race can be the best part of him and he should be hard to beat,” he said.

Profiteer has drawn the inside gate for the Todman Stakes with Remarque to his immediate outside.

Stay Inside, who has also been ultra-impressive in his two career wins, has drawn awkwardly in barrier eight.