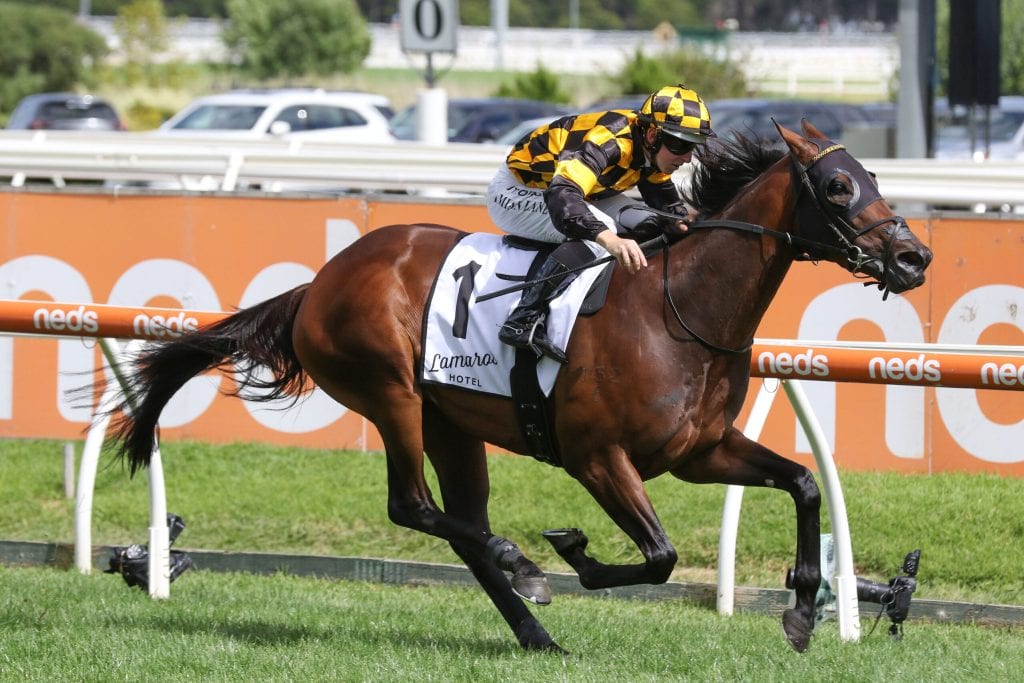 A star-studded field awaits Kiwi raider Probabeel in the Group 1 Futurity Stakes (1400m) at Caulfield on Saturday, where she will clash with the likes of Behemoth, Arcadia Queen, Ole Kirk and last-start Group One winner Streets Of Avalon.

The Jamie Richards-trained mare was victorious first-up in the Group 3 Bellmaine Stakes (1200m) at Caulfield earlier this month, and while pleased with the run, Richards is fully aware it will be a major step-up on Saturday.

“Damian (Lane, jockey) took the bull by the horns and rode her positively, and she sprinted well fresh, albeit in a lower class of race where she got in quite well under the set weights and penalties conditions, she has got to take that big step-up next time.”

Like a number of her key rivals, Probabeel will be using the Futurity as a steppingstone to next month’s All-Star Mile (1600m) which carries A$5million in prizemoney, a whopping ten-times the worth of Saturday’s A$500,000 Group One.

A stable fond of following successful patterns, Probabeel took out the Group 1 Epsom Handicap (1600m) in her third start in the spring and Richards said they are trying to follow a similar formula this time in.

“We are just trying to replicate what we were able to achieve in the spring – third-up into a nice mile race, and hopefully we can do the job again. It will be a big thrill if we could,” he said.

“It’s a great field and a great dress rehearsal for three weeks time in the All-Star Mile. There is nowhere to hide. This is her first decent crack over the shorter trips at weight-for-age. She ran in the Cox Plate (Group 1, 2040m) before that and has won an Epsom, under the handicap conditions, so this is a big step up for her.

“She is a Group One winner in the spring in Sydney, so I would say that is good enough form, but when you are against the likes of Arcadia Queen, Behemoth, and Ole Kirk, who is a real hot-shot three-year-old, you can’t go in too confident.”

Probabeel (+260) is the second elect behind Behemoth (+220), who boasts Group One victories at Caulfield over 1400m in both the Memsie Stakes and Sir Rupert Clarke Stakes (when carrying top weight) in spring.

A daughter of Savabeel, Probabeel has again drawn wide (9) in the 10 horse field, but will get her preferred Good ground as she looks to add a third career Group One to her record for her owners Brendan and Jo Lindsay.

Meanwhile, Richards reported Melody Belle has come through her unplaced run in the Group 1 Herbie Dyke Stakes (2000m) last weekend in good fettle, having been sent out a $1.30 favourite.

“It was a pretty tough watch last Saturday with her,” he said. “She just had no luck at all and just got held up and she had no room in the straight.

“We have just got to turn the page. Everyone keeps asking ‘is there something wrong with her?’ She is 100 percent, it just wasn’t her day.

“She has pulled up great and is in good form at home. We will give her a little bit of an easy week and she will trial again on the 2nd (of March) at Rotorua and then she will head to the Bonecrusher (Group 1, 2000m) at Ellerslie, a race she has won before.”

All going to plan, an Australian campaign could be in the offing.

“That has been the plan all the way through, to try and get this record for the Group Ones and then come across and enhance her value a bit more with some more Group Ones and Group races in Australia,” Richards said.

“The back-end of Sydney and Brisbane has some appeal. A race like the Doomben Cup (Group 1, 2000m) could be right up her alley.”

She could be joined by in-form stablemate Avantage, who recorded her seventh Group One victory in the BCD Group Sprint (1400m) at Te Rapa last Saturday.

“Avantage could well come over,” Richards said. “She goes to Otaki on Saturday-week for the weight-for-age (Group 1, 1600m) down there, a race that she won last year.

“After that we need to have a bit of a team talk on where we go and what we do.”