Prince Of Caviar Set To Return At Sandown 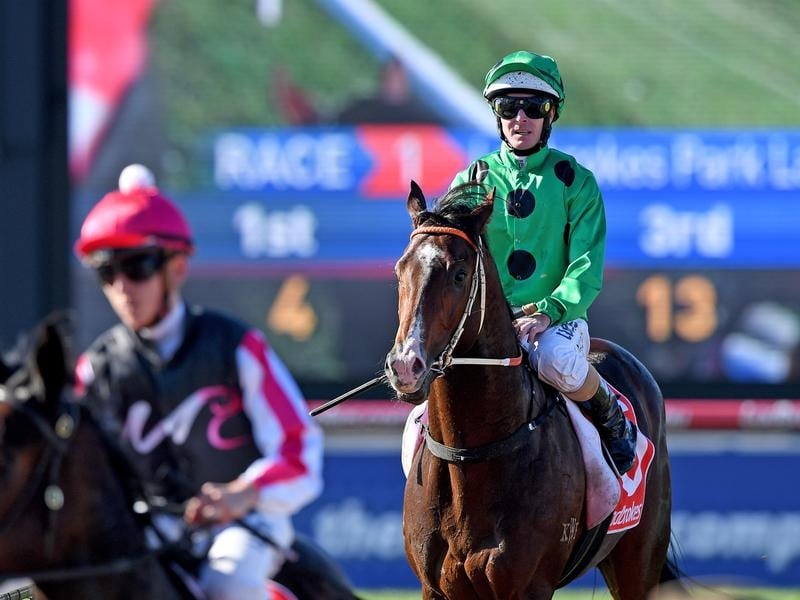 Plenty of eyes will be on Black Caviar’s son Prince Of Caviar when the colt steps out for his season return in a midweek maiden race at Sandown.

Prince Of Caviar made his debut at Sandown in a 1200m race for two-year-olds in late May and did his best work late to finish fourth after settling last in a field of 10.

“I suppose he was a boy there and this time around he’s turned into a man,” co-trainer Wayne Hawkes told broadcast Racing.com.

The colt, by Sebring out of the unbeaten champion Black Caviar, is scheduled to resume in Wednesday’s Vale Martin Riley Plate, a 1300m-maiden for three-year-olds.

He was the $4.20 favourite in an early market on Tuesday.

“I suppose he’s lost his puppy fat and it’s turned into muscle this time. So if you’re putting it into a training performance, what it means is he’s improved.”

Prince Of Caviar is the second of Black Caviar’s foals to have raced.

Her first foal Oscietra, a filly, raced five times for two wins at Geelong and Ballarat, before being retired earlier this year.