Prince In The Big League In Winx Stakes 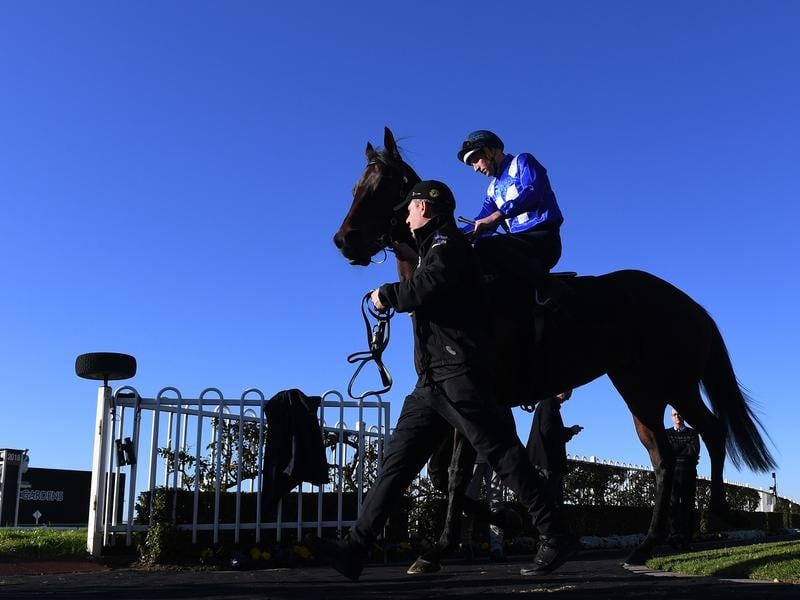 Trainer Matthew Smith expects the closest Invictus Prince will get to Winx in the race named after her will be in the Randwick mounting yard but he needs to start his spring campaign somewhere.

The 1400m Group One race at Randwick on Saturday is a starting point for the import who he hopes can contest some upcoming staying features.

“This will obviously be way too short for him but he has to start somewhere,” Smith said.

“We’re looking at longer races for him and this is a good place to start before he goes to 1600 metres and then 2000.

“Maybe we can get a picture near her in the mounting yard.”

Godolphin’s Kementari has added another element to the race as a late entry on Tuesday after his dual Group One-winning stablemate Alizee was ruled out.

Alizee was found to have bled from both nostrils after trackwork on Tuesday and will miss the spring.

Kementari had been slated to run in the Memsie Stakes in Melbourne a week later after his eye-catching second to Pierata in the Group Two Missile Stakes last Saturday week.

He has been introduced to the TAB’s market at $8 with Winx the $1.10 favourite to claim her 19th Group One win and an Australian record 26th consecutive victory.

Both her trainer Chris Waller and jockey Hugh Bowman are happy with the mare’s progress after two barrier trials and a race day gallop at Randwick.

She will have a final light work-out at Rosehill on Thursday morning.

Smith has given Invictus Prince one trial since he was unplaced over 1400m at Randwick on July 21.

Invictus Prince ran second in a 1045m-heat at Warwick Farm on Monday.

The Warwick Farm trainer has welcomed new arrival Dark Acclaim to the stable with the former Marco Botti-trained colt to most likely be prepared for an autumn campaign.

“He is out of quarantine and arrived today,” Smith said.

“He is a great looking horse in the flesh and we will take a look at him over the next few weeks as he gets acclimatised before we map out a campaign.”.