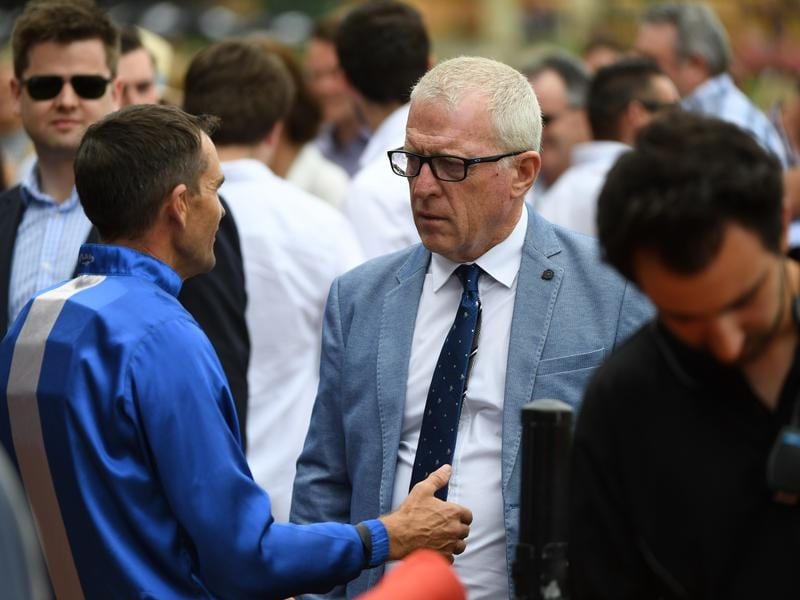 Mick Price has unearthed a couple of autumn carnival three-year-old filly contenders at an off-season meeting at Moonee Valley.

Both are different types with Price looking at keeping Catching The Code to races to a maximum of 1200m while it’s further the better for Oceanex with her trainer already looking at Oaks races with the filly.

Price said he’s planning a Sydney assault with Oceanex but the filly will need to get another win under the belt, and a ratings boost, to be a potential contender.

“She handles bad ground and Sydney can throw up bad ground so I think you have to be optimistic,” Price said.

“She’s got that Kiwi pedigree going through her to get the journey.

“I think if we can get her to those races we’ll see the best of her at 2000 metres and beyond.

“She needs to win another race and get her rating up before getting to those sort of races but I don’t want to bottom her out and get to Sydney gone.

“She’s thriving at the moment so we might go again, get some prize money, get the rating and then have a little breather.”

Crack The Code will potentially get her chance to tackle stakes races earlier than her stablemate with Price planning a couple of races during January before the autumn carnival in Melbourne gets into full swing the following month.

The filly won on debut at Flemington in May before stepping up to stakes grade in Adelaide at her only other start.

Although the race was restricted to fillies and mares at benchmark 70 level, Price said it was a beautiful race to kick her off in.

“She was an immature filly early on but she’s quite robust now and I think she’ll train on,” Price said.

“I think if we can get her rating up come February and March she’ll be in the better class stakes races.

“She gives me the impression 1200 metres is plenty at this stage and there’s enough races about for a horse like her.”