Price Has Valley Concern With All In Brawl 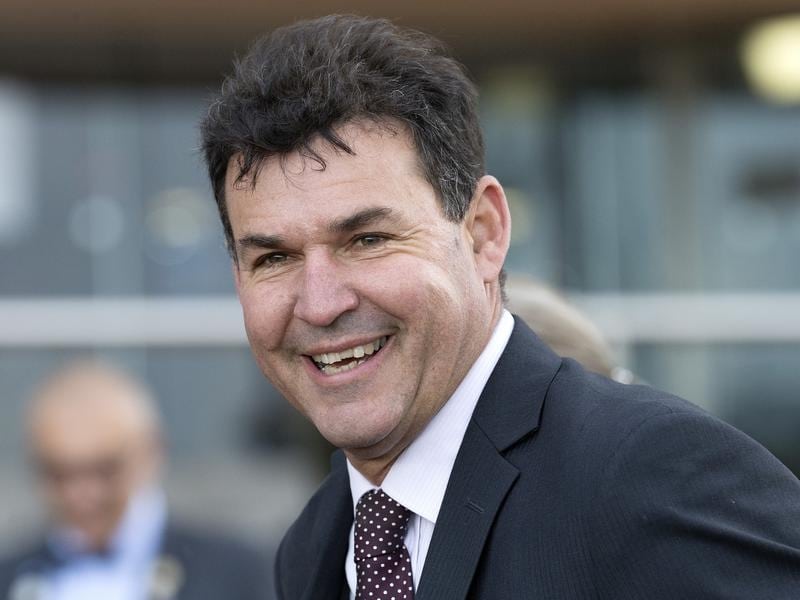 Trainer John Price has some trepidation ahead of the city debut of All In Brawl at Moonee Valley.

An impressive debut winner on the Geelong synthetic track last month, All In Brawl lines up in the Essendon Mitsubishi Handicap (1000m) on Saturday.

The colt is also an acceptor for Sandown on Sunday but Price is 99 per cent sure the three-year-old will run at Moonee Valley.

“At this stage we’re still in communication with the owners, but it looks like we’ll be running at Moonee Valley,” Price said.

Dropping back to 1000m, drawing barrier seven in the eight horse field and Moonee Valley are seen as negatives for Price.

“He jumps good, he musters pace but he’s very hard to switch off.

“I can see him getting out a bit average and then slowly going forward and everything underneath him goes forward and then he’s left in no-mans land.

“It’s a worry but he’s an exciting prospect.”

All In Brawl’s only two public appearances have been on synthetic tracks, but Price said the colt had trialled well in turf jump-outs at Cranbourne and he doesn’t see that as a concern.

A decision on how far the colt progresses in his first racing preparation will be made after Saturday.

“There’s a 99 per cent chance he’ll be going straight out for a break unless he was to canter around and win it easily,” Price said.

“Then we might try and squeeze one more out of him.”

Price considers the 1200m on Saturday a more favourable journey back at a course where the gelding has performed well.

“He’s a ripper horse and I’m expecting him to run his usual good race,” Price said.