Prezado Shoots For Another Flemington Win 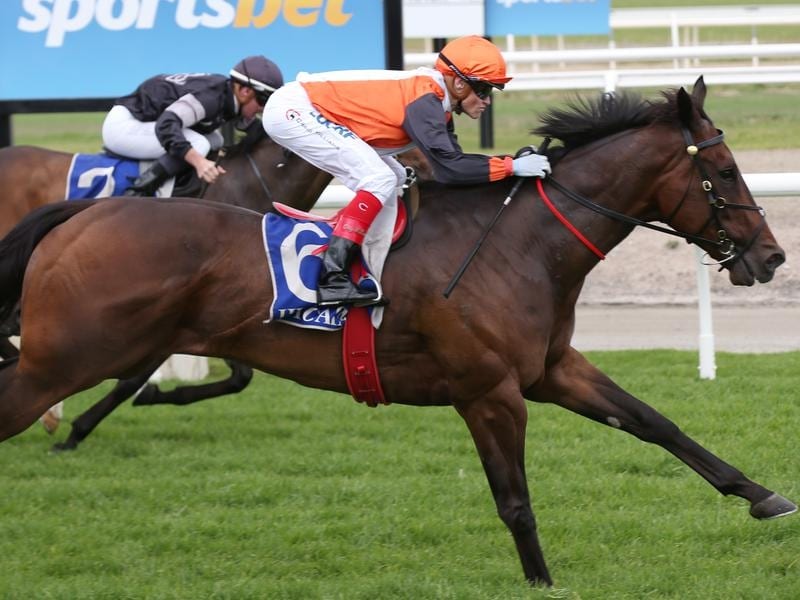 Early success came at a heavy price for Prezado who has finally recaptured winning form and will be shooting for two straight wins at Flemington.

Prezado returned to winning form at Pakenham earlier this month and on Saturday contests the Festive Season Sprint.

The sprinter’s problems began on Melbourne Cup day in 2017 when he won a set-weights and penalty race over 1000m.

Prezado had been beaten in an Echuca maiden at his previous start before accounting for a handy bunch of three-year-olds at Flemington.

It resulted in the handicappers raising his rating placing him in a higher grade.

After a break he chased home Nature Strip, again at Flemington with Simon Zahra, who trains in partnership with Mathew Ellerton, saying the gelding then lost his way.

Prezado’s initial win came at start No.4 and it wasn’t until his 13th run at Pakenham he was able to notch a second success.

But Zahra said the sprinter was racing better than his form read on paper.

“His run at the Valley (two starts ago) was massive and his two runs prior he never got a crack at them so his form going into the race was better than it read,” Zahra said.

“It was good to get that confidence booster and to see him win running away like he did.

“He likes the straight and he looks fantastic, so I can’t fault him.”

Zahra doubts the stable will push ahead to the Standish Handicap on New Years Day suggesting the 1200m may be a stretch.

“We just want to win some races with him, get his confidence back up,” Zahra said.

“We sent him to the farm after Moonee Valley so he’s really only second-up off a freshen-up so we’ll have a look at him after Saturday and see how he is.”

Zahra also has high hopes for Exceltara who is chasing back-to-back victories in the Merry Christmas VRC Members Handicap having been successful at Moonee Valley on December 1.

“He’s been going super but they’ve got to go quick for him,” Zahra said.

“They went really quick at Moonee Valley so if they sit and sprint, that could be his undoing.”