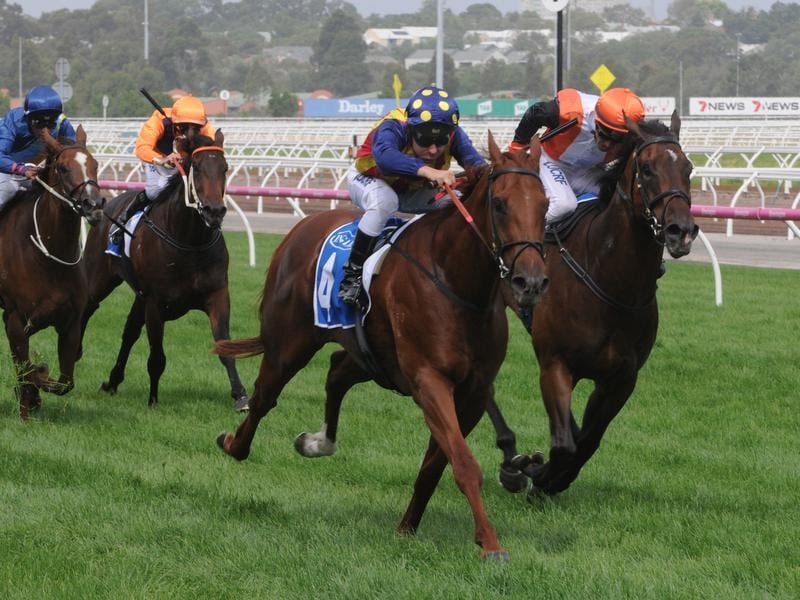 Prezado has been tuned up for his return at Flemington where the lightly raced sprinter will be on a mission to boost his rating.

The Mathew Ellerton and Simon Zahra-trained four-year-old steps out in Saturday’s VRC Member Peter Dakin Handicap (1000m) in benchmark-90 grade and has been given three jump-outs to ready him for his first-up assignment.

Prezado has a win and three seconds from seven starts with his victory coming in a 1000m straight race against his own age during last year’s Melbourne Cup carnival at Flemington.

He then resumed from a let-up in January and tested Nature Strip in the Inglis Dash (1100m) at Flemington, going down by three-quarters of a length.

Co-trainer Simon Zahra admitted Prezado’s form then tapered off when he was last in the Group Two Rubiton Stakes (1100m) and unplaced in a Listed race at Flemington but he believes a good break was what the gelding needed.

“He tailed off in his last couple of runs but he was probably a bit tired and he only had about a week off after the spring,” Zahra said.

“So we gave him about 11 weeks in the paddock after his last campaign and he had a really nice break.

“We’ve given him three jump-outs this time which is unusual for us but there was going to be three weeks between his second jump-out and this race so we decided to give him an extra one up the straight last week and tune him up for this race.”

Prezado won his jump-out a week ago and was the $2.25 favourite on Friday to make a winning return.

“His trial the other day shows he’s still at a good level,” Zahra said.

“Now he’s a four-year-old he’s got to go to another level but he’s well-weighted on Saturday, he loves the straight, he’s fit enough and it looks a really nice race for him.”

Because Prezado’s rating is only 76, his performance on Saturday will have a bearing on immediate plans.

“That’s our focus at the moment, to try to get his rating to where he’s going to get into the better races if he shows that he’s good enough,” he said.