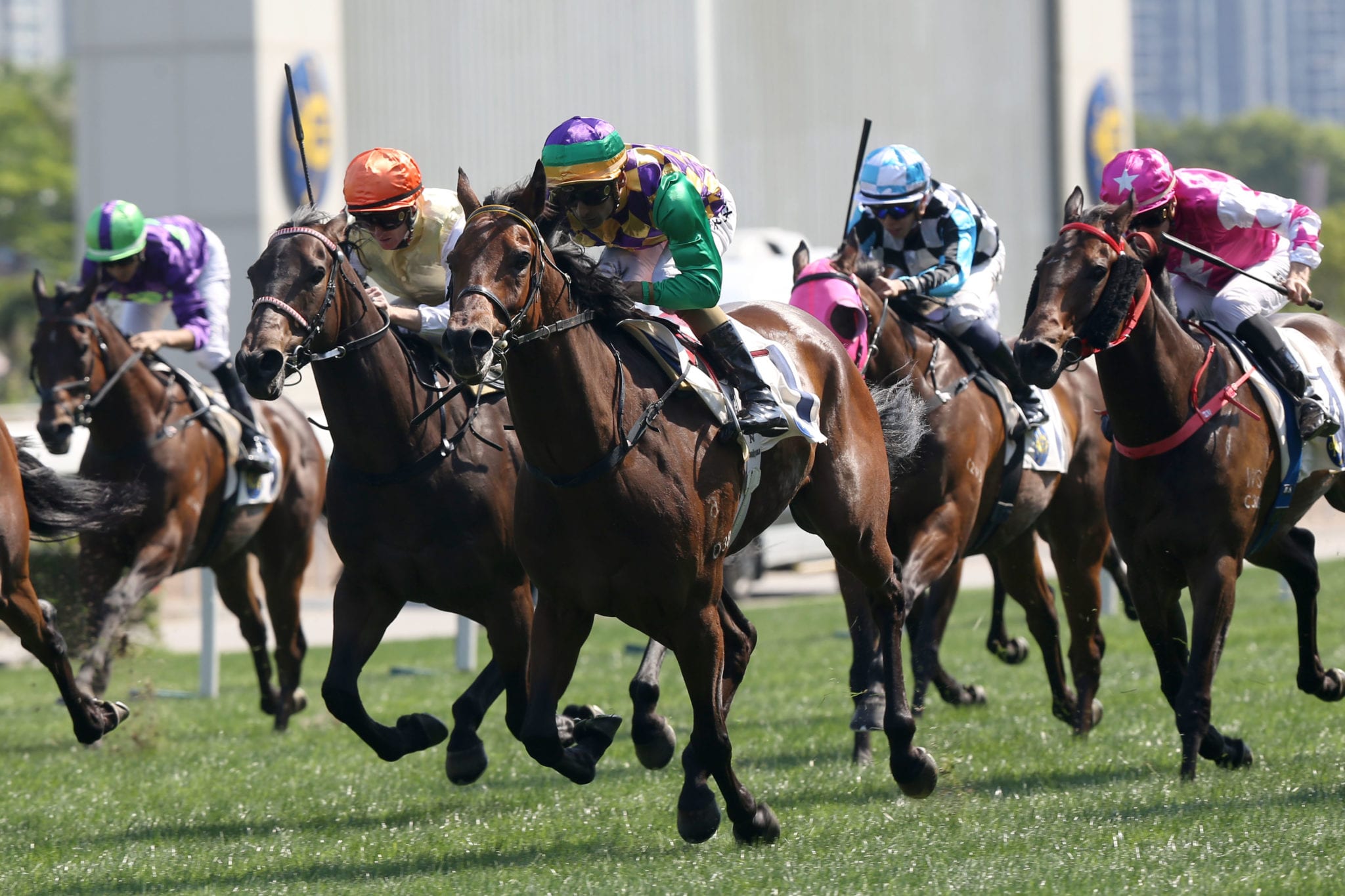 Trainer Michael Chang appears to have a nice horse on his hands. Pickings have been slim since the days of Group 1 winner Rich Tapestry but the stable tally hit 11 for the term with President’s Choice’s deep-closing run to victory in the section one of the Class 4 King’s Park Handicap (1200m) at Sha Tin yesterday afternoon, Sunday, 12 April.

Chang’s repeated cry of “Come on Teetan!” echoed around the empty grandstands as jockey Karis Teetan drove the top-weight from off the pace to nail a length and a quarter score.

“The horse is improving and I hope he can still be competitive in Class 3. I expect he will stay further than this in time,” the trainer said of the four-year-old who has now won two of his four starts.

Teetan wrapped up the card with a smart win in the Class 2 Austin Handicap atop the Jimmy Ting-trained Ballistic King (114lb). The five-year-old earned a well-deserved second Hong Kong success from runner-up Beauty Legacy (133lb), with Decrypt (128lb) third.

A cloudless opening to the 11-race card saw Sunny Star win the season’s first Griffin race, the Yau Ma Tei Plate (1000m), but the US-bred gelding had to overcome a tardy start before outpointing his five fellow newcomers by two and a quarter lengths.

The Francis Lui-trained three-year-old travelled onto the heels of the leading quartet with 300m to race, cut between runners to make a line of five at the 150m point and drove on to victory under Vincent Ho.

“I expected he could jump out together with the other horses but he missed the kick a little bit – Vincent said it was because he sat down in the gate,” Lui said.

“It was weak race and my horse is more mature than the others, his gallops have been very competitive. It’s a good start and I think we’ll stick to the Griffin races for now.”

Rumours swirled in the local media ahead of racing that the trainer’s brilliant BMW Hong Kong Derby (2000m) winner Golden Sixty might not make it to the FWD Queen Elizabeth II Cup (2000m) on 26 April. Lui said no decision had been reached.

“I’ll discuss it with Vincent tomorrow (Monday),” the handler said.