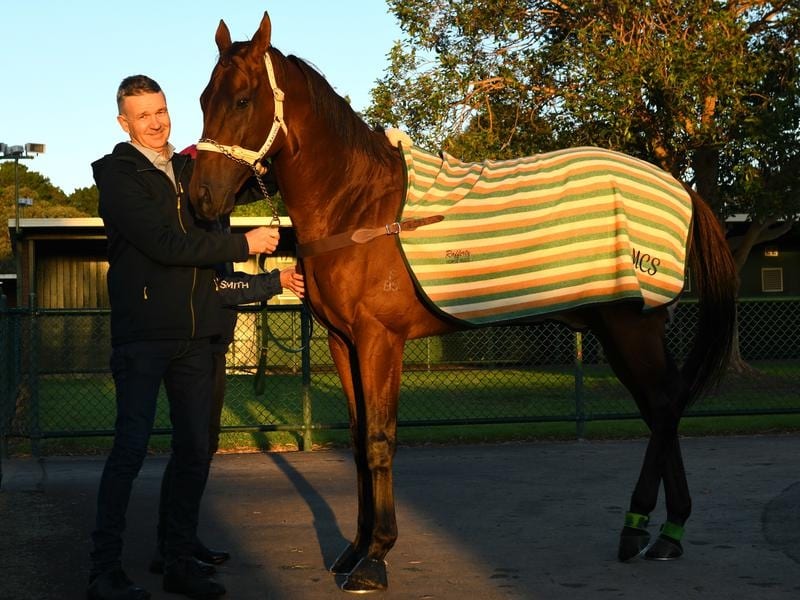 Invictus Prince was on the verge of becoming a lost cause before Matthew Smith channelled his inner horse whisper to revive the seven-year-old’s career.

In the past 18 months, the gelding has been to the barrier trials more often than the races and Smith has been forced to go back to basics to get the horse’s mindset right.

The trainer knew he had a serious issue when Invictus Prince stayed in the barriers for last year’s Newcastle Newmarket, disinterested in taking part in the race.

It was shades of Chautauqua, who famously decided his racing career was done by refusing to come out of the starting stalls on several occasions.

“He didn’t jump a couple of times and when they start doing that stuff it’s a real worry,” Smith said.

“We changed the way we were working him and freshened him up mentally to get his mind back on the job.”

Smith also made a decision to restrict Invictus Prince to shorter trips, despite some of his best form being over a mile and further.

It was a gamble but the horse provided the most positive sign yet that Smith’s work had paid off when he resumed with an eye-catching second to Coruscate at Randwick last month.

It was his first placing since his runner-up finish to Winx at Group One level in 2018.

He heads back to the races on Saturday when he can confirm his resurgence with another willing effort in the Iron Jack Handicap (1300m) at Rosehill.

“He’s got his act together again and he seems to be pretty happy about what he’s doing,” Smith said.

If Invictus Prince continues to thrive, the Listed Civic Stakes (1350m) at Rosehill in two weeks and next month’s Ramornie Handicap (1200m) at Grafton are on the radar.

In a busy afternoon for Smith, Invictus Prince will be one of at least four Rosehill runners, along with Sweet Thomas in the feature Winter Cup (2400m).

Milk Man is a doubtful starter if the track remains heavy but both Lashes and Tricky Gal are proven in the conditions.

Lashes was runner-up to progressive mare Adelong first up and meets her six kilos better in the Catanachs Sprint (1100m), while Tricky Gal returns to Sydney after a minor placing at Eagle Farm.