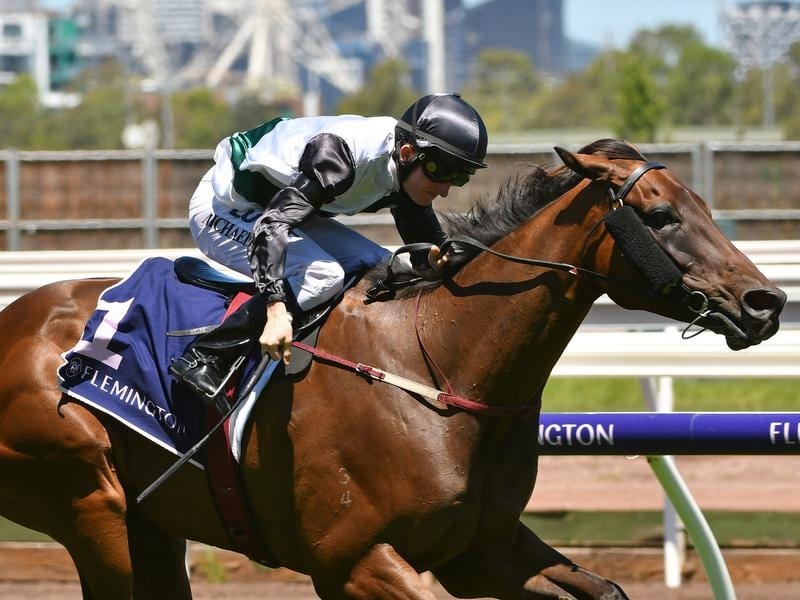 Poy rode his first winner for Lindsay Park in Tuesday’s race named in honour of one of Clarke’s contemporaries, jockey John Marshall who died last week.

Clarke had considerable success as stable rider for Colin Hayes and then his son David at Lindsay Park during the 1980s and 90s.

He was associated with many of the stable’s champions of the era, winning a Melbourne Cup on At Talaq, a Cox Plate on Almaarad, a Japan Cup on Better Loosen Up and many other feature races.

Five Kingdom, who was sent out the $2.70 favourite, carried the Lindsay Park colours of white, green sash, black sleeves and cap, worn by Better Loosen Up, in his victory on Tuesday.

“Hopefully I can wear them a bit more often in the future,” Poy said.

“I was very lucky to get the ride and it’s great to continue the partnership and I know Dad would be the proudest person in the world at this stage.”

“I’ve been watching him come through and he reminds me a lot of his dad listening to his interviews, not his riding style,” Hayes said.

“I get a chuckle as he’s got a lot of mannerisms of dad.

“He said his dad was desperate for him to win a race in Better Loosen Up’s colours and I think Michael would be pretty chuffed.”

“We were all a bit worried but he dug deep and really responded for the young fella,” Hayes said.

“Sometimes the young apprentices can go too early, but he timed his run perfectly.”