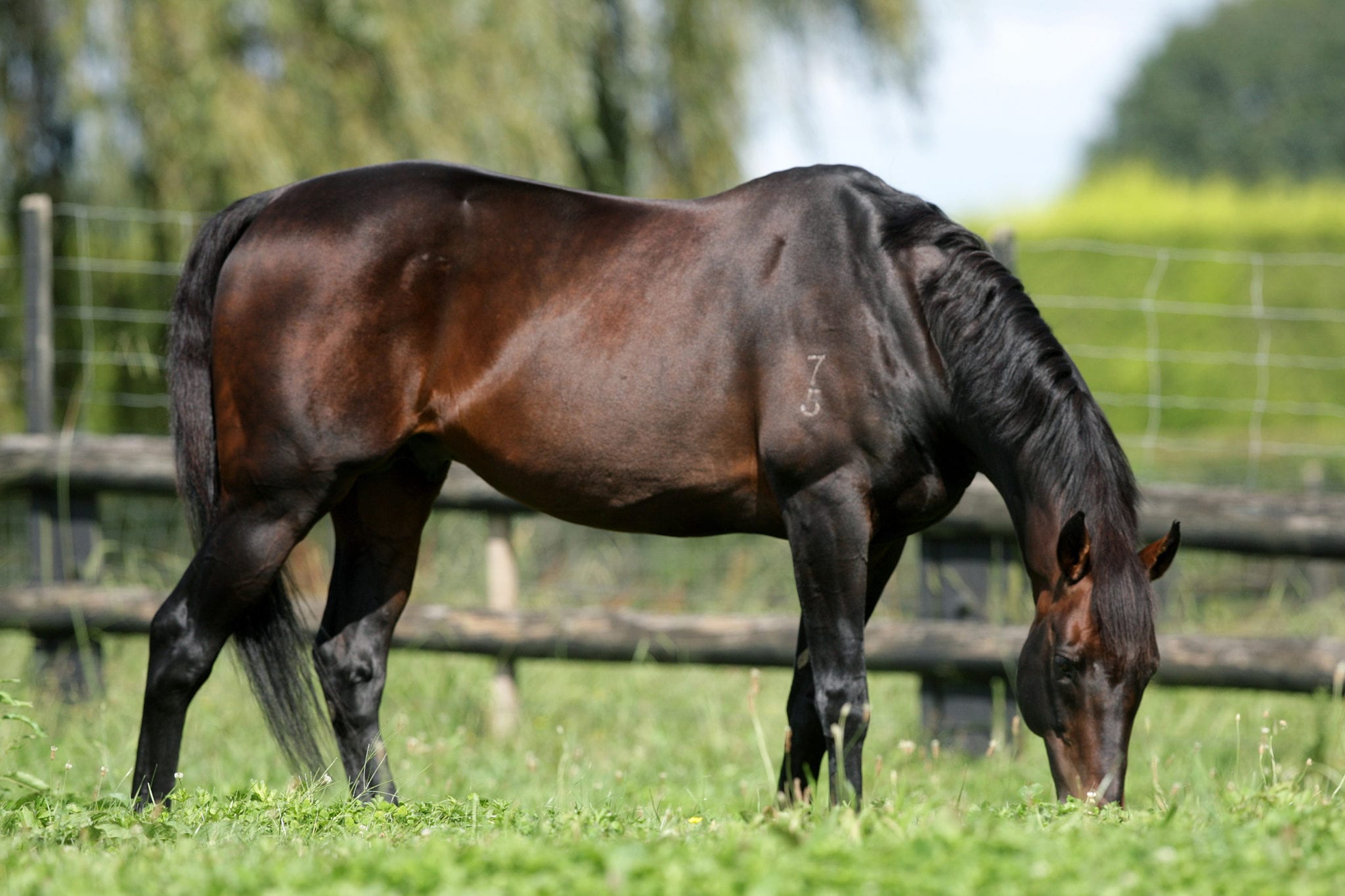 The strong recent form of Tavistock’s progeny has given Cambridge Stud chief executive Henry Plumptre a feeling of déjà vu. A multiple Group 1 winner as a racehorse and a sire, Tavistock was put down in December due to complications from a paddock injury. He was 14-years-old. Since then he has sired 76 individual winners, 40 of them in the last two months alone.

Toffee Tongue became his fifth individual Group 1 winner with an impressive performance in the Schweppes Oaks (2000m) in Adelaide in May, following on from placings in the Group 1 ATC Australian Oaks (2400m) and Group 3 Adrian Knox Stakes (2000m) during The Championships in Sydney. Walking Flying, Saint Eustace, Victoria Star, Heart of the Ocean, Johnny Get Angry and Knight Mariner have all been recent black-type placegetters.

Knight Mariner finished second in Saturday’s Group 3 Winx Guineas (1600m), despite suffering a pelvic injury in the last 100 metres of the race when looking a likely winner. “I’ve been in this business for many years now, and it’s uncanny how often a stallion goes to a new level after they pass on,” Plumptre said. “He’s had a very strong run over the last few months. The horses that are three and four-year-olds now are the ones that came from his better-pedigreed books of mares, so it’s been very pleasing to see them perform so well with a Group 1-winning filly and a series of good city winners.

“Now we’re hoping that some of those city winners will convert that form into black-type in the spring. “He’s got fantastic representation in Sydney and Melbourne, and it’s very encouraging to see those trainers keep coming back to buy more of his progeny. If you give them time, they’ve shown that they’re very durable horses who will give you more than one good season. “Losing Tavistock was a tragedy for us and his shareholders, but we’re enjoying the performances of his progeny and there are some good-sized crops that are still to come through.”

The first crop of well-credentialled shuttle stallion Almanzor will be yearlings in 2020-21, and Cambridge Stud are eagerly awaiting the first foals by Embellish. “It’s an exciting time for both of those stallions,” Plumptre said. “Embellish is a good-looking son of Savabeel and his first Group 1 winner to go to stud. We’ve got 26 mares in foal to him ourselves, and we’re looking forward to seeing the foals. “He served 138 mares in his first year, which is outstanding for a stallion in his bracket. The breeders loved him, and Savabeel is just amazing currency – especially in New Zealand. He really dominates the stallion ranks in this country. “It’s lovely blood and he has to have a great chance at stud. Sir Patrick Hogan has been a big supporter, which gives us a bit of confidence that we’re on the right track.

“We’ve got Almanzor’s yearlings to look forward to as well. Our French partner is a bit nervous about selling those first yearlings into a Covid-19 environment, and I think we’ve all got a bit of a nervous 12 months ahead of us. “Hopefully the market will right itself. To me it doesn’t feel much like 1990, which was the last time the market collapsed. Back then there was simply no money in the system. That’s not the case this time around. “This time we just have that uncertainty about the pandemic and what might happen. We just have to wait and see. “Border restrictions in Europe have been relaxed to some degree, so those yearling sales should be well attended. We’ll be watching Almanzor’s yearlings with interest.”

On the racetrack, the Cambridge Stud colours of Brendan and Jo Lindsay are being carried with distinction in Europe by the Group 1 Diamond Jubilee Stakes (1200m) winner Hello Youmzain, who will shuttle to the Waikato farm to stand at stud upon his race day retirement. The son of Kodiac lined up in the Group 1 July Cup (1200m) at Newmarket last weekend, finishing fifth. “The third and fourth placegetters in the Diamond Jubilee (Sceptical and Khaadem) finished ahead of him at Newmarket, so he wasn’t quite on his game this time,” Plumptre said. “I spoke to Kevin Ryan (trainer) after the race, and he said the horse never travelled a yard on that undulating July Course. It’s certainly a track that some horses really struggle with.

“I had the same experience when I was at Godolphin and we ran in the July Cup with Sepoy and Brazen Beau. They were both high-class sprinters, but neither of them were able to show their true form on that track. “But the horse has come out of the race very well, and his next start will be in the Group 1 Prix Maurice de Gheest (1300m) at Deauville. It’s a straight course and a lovely, flat track that should suit him better. “Then he’ll go back to Haydock for the Group 1 Sprint Cup (1200m), which he won last year. Then we’ll have the option of either the Group 1 British Champions Sprint Stakes (1200m) back at Ascot, or the Group 1 Prix de l’Abbaye (1000m) at Longchamp. “So he’ll have three shots of winning another Group 1 race, and on his best form he’s certainly good enough to do that.

“We’ve welcomed some new shareholders into the horse, and we had such a great response that we closed it off last week. A great group of breeders have come on board with us, including many of those who came in for Almanzor. “They’ve come in with his stud career in mind, but they’re coming along for the ride with the rest of his racing career as well. They’ll receive a distribution of any further prize-money he wins, but Cambridge Stud will pay the training fees.”

Meanwhile, Plumptre addressed reports of a Piroplasmosis test earlier this month. “There was a bit of a whisper around the Magic Millions Sale recently that Cambridge had a second positive result, but we had been assured that it was likely a false positive and that has proven to be the case,” he said. “Last Friday it was confirmed as a negative result, and there’ll be no effect on the movement of horses.”