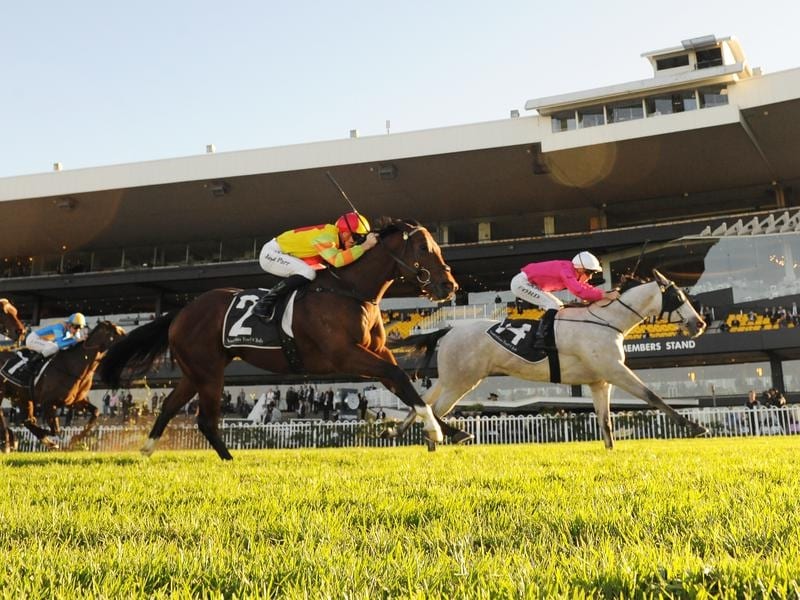 Striking grey Albumin stands out because of his colour and his trainer hopes he will also be conspicuous when he returns at Rosehill.

The four-year-old won three of his four starts last campaign and Gerald Ryan is pleased with how he has come back ahead of a summer preparation.

Among Albumin’s rivals in Saturday’s Benchmark 88 over 1100 metres will be stablemate Tango Rain with the race the most suitable for both.

“It’s the right class for both of them with their ratings. There’s not many of these races around,” Ryan said.

“Albumin has a good record fresh while Tango Rain has had two starts and is race-fit and coming back from a rating 94 race to 88.”

Tango Rain finished a length second to Godolphin’s Isaurian at Rosehill on November 17 and will again be ridden by James Innes jr.

Jay Ford, who rode Albumin throughout his winter campaign and in a barrier trial on November 19, sticks with the gelding.

Ryan is a part-owner of Arancini who runs over 1300m at Benchmark 78 level while his other runner will be Destiny’s Own in the 1500m-benchmark 78.

“Arancini has to step up because in the past he hasn’t been up to Saturday class and it is above his benchmark (72),” Ryan said.

“Hopefully he can improve.

“Destiny’s Own is an honest little fellow. He’s going well and I’d like to think he can go well.”

Destiny’s Own has had four starts this campaign for three thirds at midweek meetings followed by a close-up fifth behind Napolean Solo in a similar race to that he runs in on Saturday.

In the spring and summer of last year, Destiny’s Own finished third in a 1500m-race at Rosehill won by subsequent Australian Oaks winner Unforgotten and won a 1550m-race at Canterbury in which future Queensland Oaks winner Youngstar was fourth.