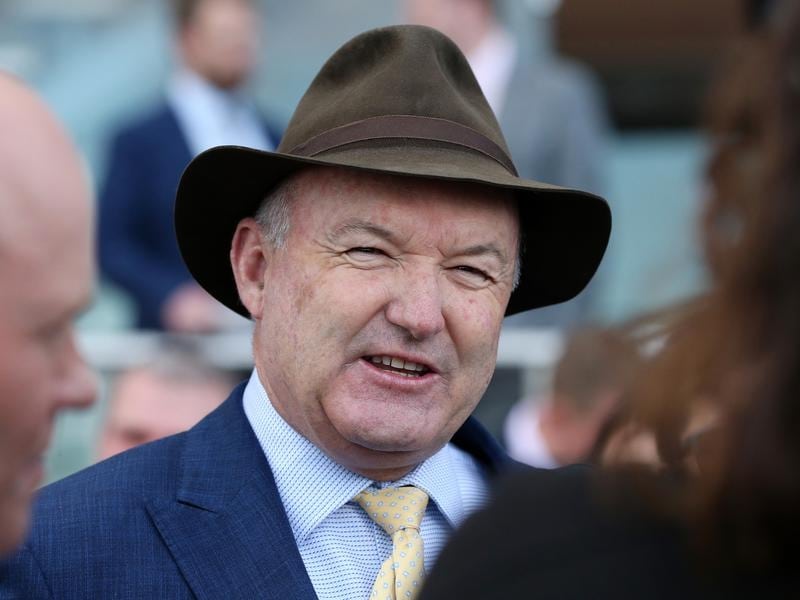 Lindsay Park import Poetic Dream is set to begin his spring campaign in a straight race at Flemington.

Poetic Dream arrived at Lindsay Park having won twice in Germany from five starts and was sent out favourite for his Australian debut in March on the strength of an impressive Werribee jump-out, but could managed a fifth placing at Flemingto.

After a trial at Wodonga on July 16 he showed a glimpse of his ability in a jump-out at Flemington on July 27 where, with the blinkers on, he won comfortably in slick time.

It was a more subdued Poetic Dream in an 800m jump-out up the straight at Flemington last Friday without the headgear on.

“He’ll probably race beyond a sprint distance at a mile with no blinkers but in the lead-up to those races I’ll run him in blinkers,” Hayes said.

“He seems pretty fast in them.”

Hayes said the jump-out on Friday was to give Poetic Dream the experience up the straight and to take advantage of a gallop on the course proper.

“I wanted him to have a look to see where he’s going next week,” Hayes said.

“You very rarely get the course proper at Flemington, so when you get a chance you should use it.”

Hayes has not mapped out a program for Poetic Dream, preferring to see how he performs on Saturday.

He said possibilities included the Memsie Stakes at Caulfield and the Makybe Diva Stakes at Flemington and also to dodge Winx on the way to a possible Cox Plate start.

“I don’t want to talk about those races until he’s shown his form in Australia, but it’s very encouraging what we’re seeing,” Hayes said.

Hayes said Andrew Mallyon and Regan Bayliss were in line for the ride.

The Tony McEvoy-trained Hey Doc won the Aurie’s Star last year before going on to win the Group One Manikato Stakes.