Plymouth Road To Return To Randwick 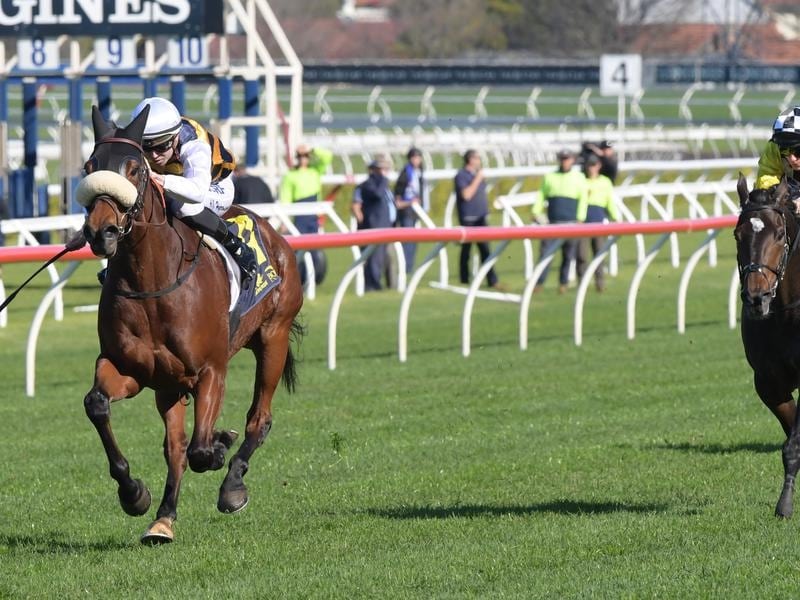 Trainer Matthew Smith has no regrets about missing a stakes opportunity with Plymouth Road believing the gelding has plenty of time to get to that level.

After his dominant win over 2400 metres at Randwick on June 23, connections were tempted to back up in Saturday’s Listed Winter Cup at Rosehill.

Smith believed Plymouth Road was not well-weighted in that race and instead he will head to Saturday’s Benchmark 80 race over 2400m at Randwick.

“He likes wet tracks which it seems he will get again,” Smith said.

“He loves to get out and into his own rhythm. He is ideally suited to winter tracks and 2400 metres and maybe even further so we will keep going through the grades and see where it takes us.

“Adam Hyeronimus rode him perfectly last start and he will be on again.”

Plymouth Road was one of 12 nominations taken for the race on Monday which included stablemates La Courbette and Villador.

Neither will run with Smith putting Villador on a float to Melbourne on Monday night to run at Sandown on Wednesday and La Courbette heading to the Banjo Paterson Series Final at Flemington on Saturday, with both looking for firmer tracks.

At the other end of the distance scale, Rebel Miss will run in a 1000m-handicap.

The mare is a daughter of Krupt who Smith trained to win the 2008 Group Two Todman Stakes.

The colt was one of the favourites for the Golden Slipper but was scratched on race day with a foot problem and never raced again.

“We took her to Queensland and she ran well. But she is getting hard to place so hasn’t raced for a few weeks.

“She won a trial last week on a heavy track and is going well.”

To be ridden by Tim Clark, Rebel Miss finished third in a 1000m-Class Six race at the Sunshine Coast on June 2 and won a 1050m-trial on Friday.

She is one of 23 entries headed by three-year-old filly She Knows.

Trained at Goulburn by Danny Williams, She Knows has won five of her 12 starts and two of her past four.

After a second to In Good Time in the Listed Denise’s Joy Stakes at Scone in May, She Knows lugged 62.5kg to win a 1000m-Highway Handicap at Randwick,

She then finished second over 1100m before claiming another 1000m-win last Saturday week.