Plot Is Right For Snowden-Trained Stayer 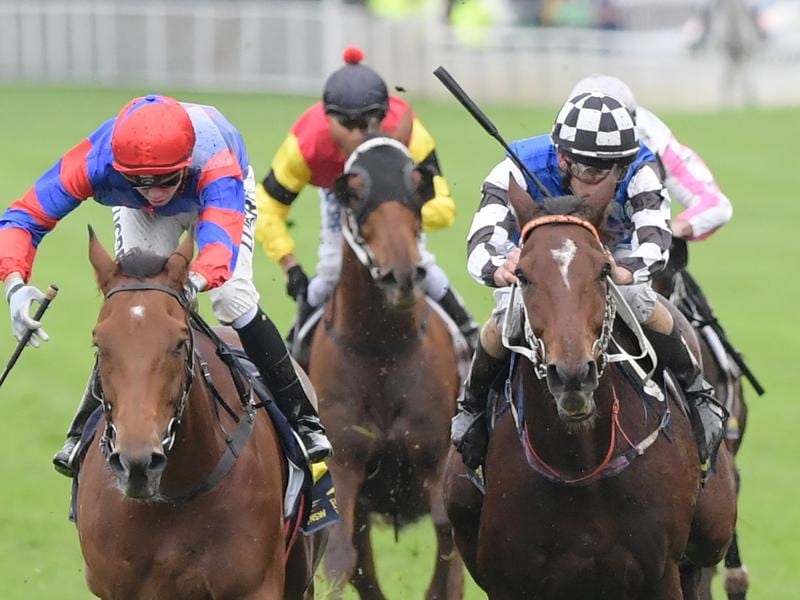 Dour Sydney stayer Plot Twist is likely to get the right soft conditions to help him maintain his unbeaten record at 3200 metres in the Group Three Queen’s Cup at Caloundra.

The Sunshine Coast track was rated a soft seven on Wednesday with showers predicted and no drying weather leading into Saturday.

The Queen’s Cup is replacing the Queensland Cup this year and is one of the few races still run at 3200m in Australia.

Plot Twist won his first start at the Curragh in Ireland in August 2015 before being sold to race in Australia.

He has had 21 starts in Australia for four wins and a third but has shown he is an out-and-out stayer.

Plot Twist has won twice at 2400m and twice at his only two starts at 3200m, both in the Stayers Cup at Randwick.

He made it back-to-back Stayers Cups on June 9 when he out-slogged Doukhan, one of his rivals in Saturday’s race.

The Peter and Paul Snowden training partnership has been set a task placing Plot Twist because of the lack of 3200m races in Australia.

“He lacks a true turn of foot and the longer the race the better for him. The 3200 metres of the Queen’s Cup obviously suits as he is a really dour stayer,” Paul Snowden said.

“Also the sting out of the track will help him as three of his wins have been on wet tracks.”

“We took the blinkers of him last start and they will stay off.”

Jim Byrne, who won the 2017 Doomben 10,000 on Redzel for the Snowdens, will be chasing his fourth Queensland/Queens Cup win on Plot Twist.