Plitvice On Path To Replace Privlaka 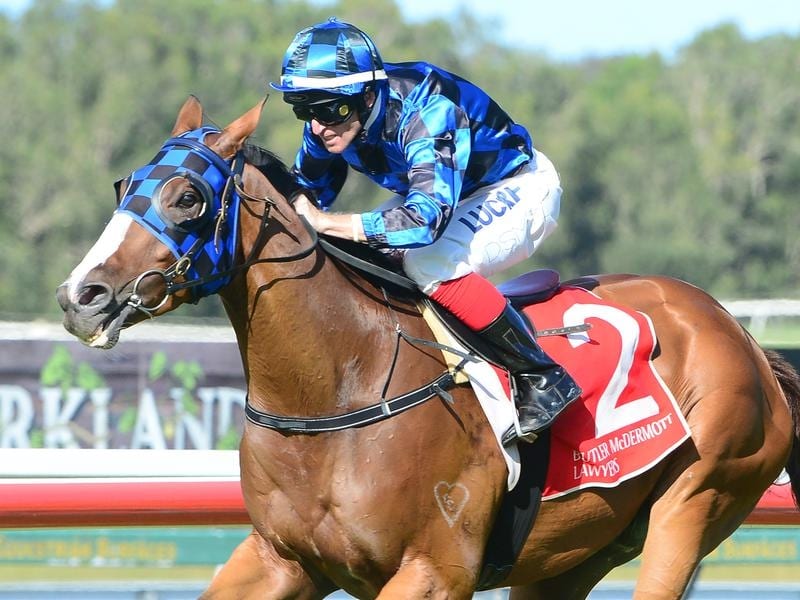 Plitvice looks as if he may prove a worthy replacement in the Robert Heathcote stable for his brother, the recently retired Privlaka.

The gelding produced his second win from six starts with victory at the Sunshine Coast on Wednesday in the QTIS Three-year-old Handicap (1600m).

Dale Smith took Plitvice ($6.50) straight to the lfront and he led all the way to score his second win.

Plitvice is by Mossman out of Endearment and is a full brother to the Heathcote-trained handy sprinter Privlaka.

“I had to retire Privlaka recently when he was hurt in a jump-out. He is now in a paddock with my old mate Buffering,” Heathcote said.

“Plitvice had overcome some problems as a young horse but I think he is now on the right road.

“The only thing I was surprised about was Plitvice was the second outsider in a five-horse field.

Sasso Carboro is on the comeback trail and appreciated a big drop in class to win a Benchmark 75 (1200m).

The mare started second favourite before finishing sixth in the Magic Millions Guineas in January.

She raced in Group company last autumn before having a long spell to overcome some setbacks.

Sasso Corbaro is in Queensland chasing black-type and will probably get her chance in the Magic Millions fillies and mares race.

“She is a quality mare and can win in better company,” Fradd said.

Earlier, Fradd continued to re-establish himself with trainer Matt Dunn when Sunlit ($8.50 )won a maiden at her second start.

Sunlit, who is by Snitzel and owned by Glenlogan Park Stud, was well beaten at Ipswich at her first start in April and was sent for a spell.

“She will keep on improving and it is good to have Robbie back,” he said.