Plan pays off for Laurie’s Chartres in VOBIS Sires Guineas 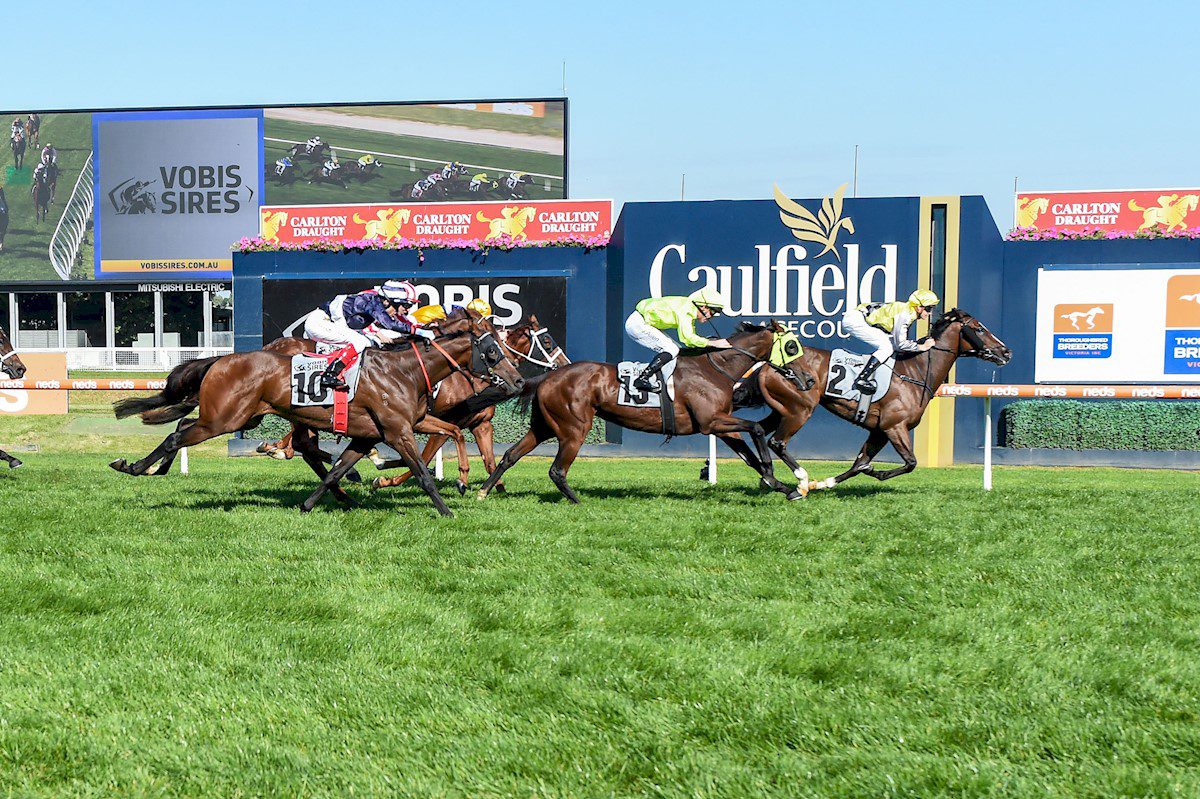 Not everything has gone to plan for Chartres this preparation, but his victory in the $500,000 VOBIS Sires Guineas (1600m) at Caulfield on Saturday is proof that persistence pays off.

The $5.50 chance with Ladbrokes sat in the midfield and took advantage of the cover available, before making his move at the turn and finding the front with 200m to go.

The pre-race talk from the Laurie camp was their runner had not enjoyed a lot of luck of late, after finishing seventh in the Sandown Guineas (November 27), third in the Zeditave Stakes (February 26) and fourth in the Bendigo Guineas (April 2).

But jockey Ethan Brown – who Laurie has a high opinion of – produced a brilliant, well-timed ride.

And importantly, the 23-year-old never gave up on Chartres’ chances.

“He’s a nice horse and not much has gone right this prep. We’ve been running into track biases, but his work here was really good on Tuesday,” Brown told Racing.com.

“I had a heap of confidence today and I’m glad he let down the way we knew he could.

“Everyone’s very happy and emotional. It’s just great that they stuck with me (with stable jockey Ben Melham out injured).

“I was very grateful for that, and to get the job done on a grand final makes everything worthwhile.”

Laurie was delighted not just because of the prizemoney picked up by his stable and connections, but just as much for the way Chartres has matured.

“He’s a genuine little horse, this bloke,” he said.

“He hasn’t ran a bad race yet. And he just looked really well-placed against this field today, and it was good to see him put them away.

“He’s a horse who just keeps making good solid progression. He comes into the race at the right time and responds under pressure.

“He’s very genuine, and on paper it just looked a beautiful race for him and it’s come off.”

Are bigger and better things interstate now on the horizon?

“We’ve got a couple of things in mind, but this was the priority. We had this race in mind a long way out,” Laurie said.