Piriaka too tough at Woodville 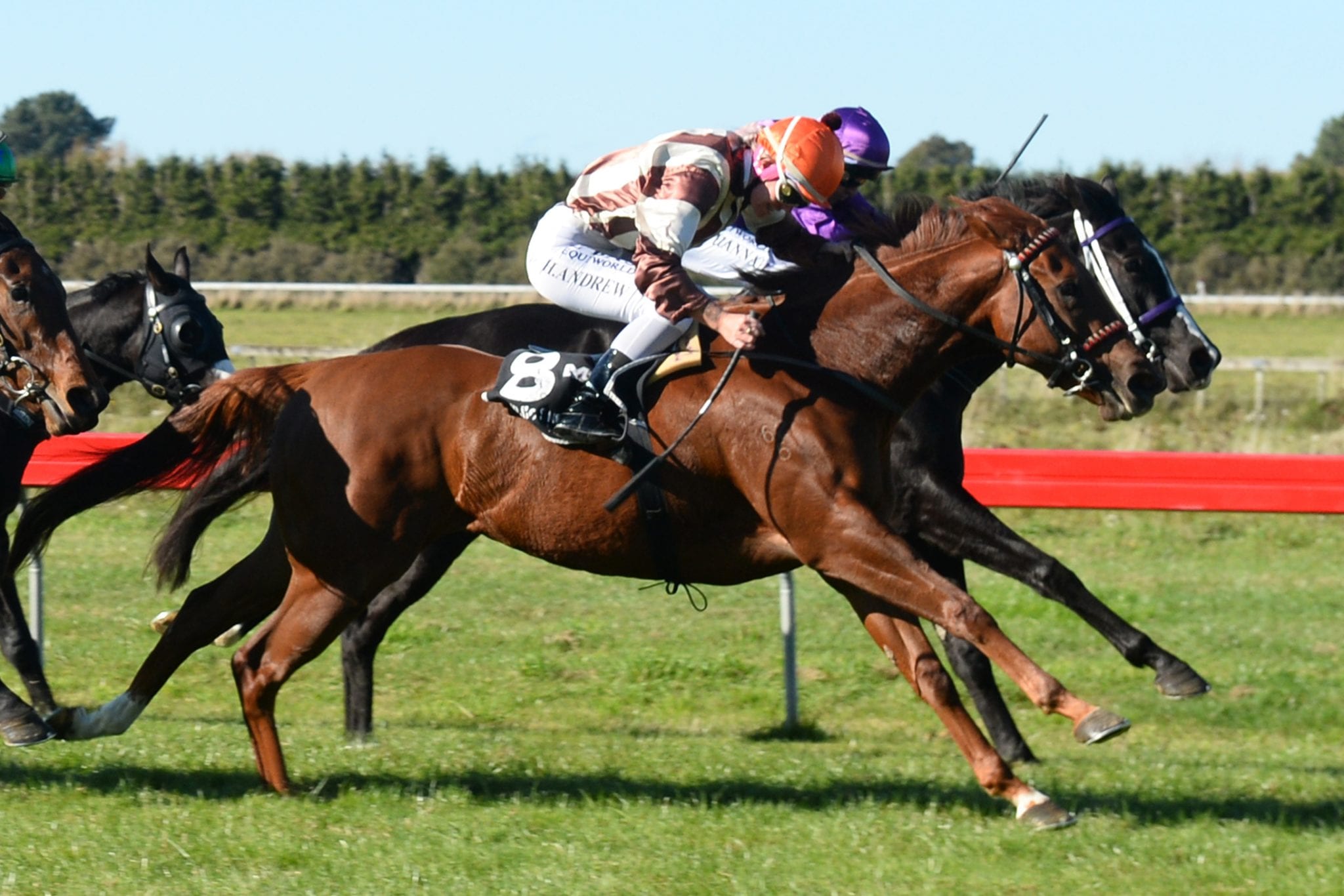 The Kevin Gray-trained Piriaka cleared maiden company on Thursday when running down short-priced favourite Lincoln Hanover to win the Merrylees Hotel 1200 at Woodville.

Jumping from barrier two, the three-year-old filly was beaten for early speed and sat just off the pace in fifth position throughout. Stable apprentice Holly Andrew kept her composure aboard the daughter of Tartan Bearer, biding her time before unleashing her charge down the straight where she was able to run home late to get the better of Lincoln Hanover by a neck.

Gray was pleased with Andrew’s ride and said he is looking forward to campaigning his filly over sprint distances in the coming months. “It was a very good ride today,” Gray said. “She’s been a bit unlucky in a couple of starts and she’s only a pony. “I am very pleased for (owners) Paul McGlade and the Taumaranui Racing Club and the syndicate up there. “I think she is a speed horse and a bit of cut out of the ground you will see a lot more of her.”

Andrew was just as pleased with the result and while the speed in the race was a little more than expected, she had faith that Piriaka would be able to close out the race strongly. “There was more speed than I expected,” she said. “I wanted to sit third or fourth, but it didn’t work out that way. “I didn’t panic, I knew she is tough and she could fight in the finish.”

The Shark is back

One of New Zealand’s most exciting gallopers is back in work after his season was cut short through soreness issues late last year.

Te Akau Shark, who has won five of his six career starts, had a stellar spring, winning all three starts including the Group 3 Red Badge Sprint (1400m) at Hastings and the Group 2 Coupland’s Bakeries Mile (1600m) at Riccarton.

The son of Rip Van Winkle was given a lengthy spell after pulling up with a few soreness issues after his Riccarton triumph and will now be set for some major spring targets, with a likely trip across the Tasman on the cards. “He came back in with Sword of Osman and Melody Belle on Monday, they all look great,” Jamie Richards said.

“Sword of Osman and Te Akau Shark have gone up to the beach at Waiuku for three or four weeks, just to ease them back into it. “He has always been plagued a little bit by immaturity issues that have taken a fair while to settle down. He seems to be fine for three or four runs and then he needs a spell. “He has had a good long break, he has got a heap of weight on and hopefully now that he is fully matured we could see him hopefully get to some of those good races in Australia.”