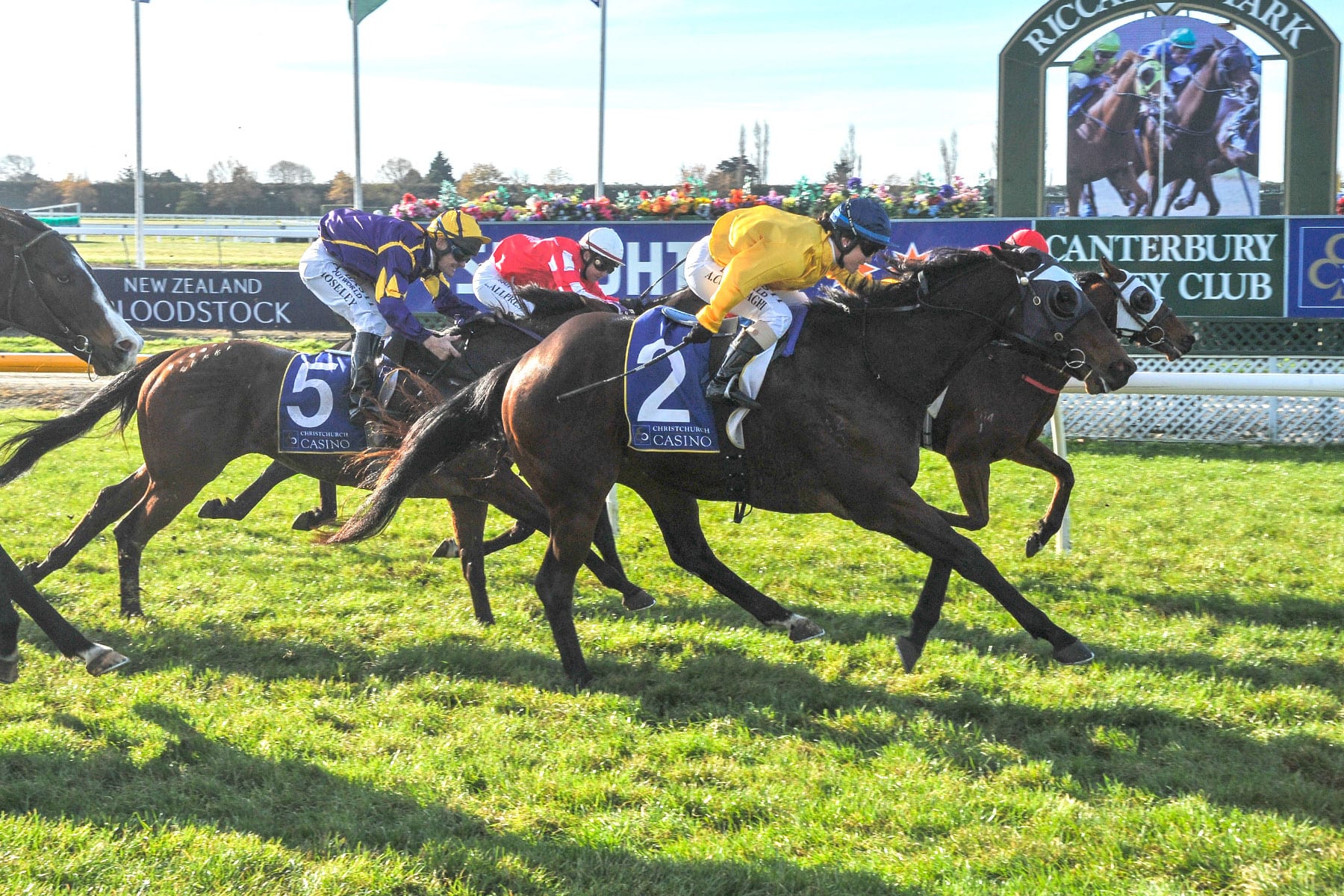 Balcairn trainers John and Karen Parsons stretched their memories back 30 years when Pippi Rea extended his winning streak to five at Riccarton on Saturday. “We have to go back to Seamist to remember another horse we’ve had who has won as many in a row,” Karen Parsons said after Pippi Rae’s last-stride victory over Saber in the Sonia & Garry Thompson Open Sprint (1200m).

Seamist, a daughter of Beaufort Sea, was a stable star for John Parsons when winning 12 races, highlighted by the 1992 Group 1 Auckland Stakes (2000m) at Ellerslie and the 1991 Group 2 Japan – New Zealand International Trophy (1600m) at Tauranga. She registered seven wins as a three-year-old and after finishing runner-up to Phillipa Rush in the 1989 Group 1 New Zealand 1000 Guineas (1600m) at Riccarton, she actually went on to win six races in succession, including five Listed races culminating with victory in the Listed Warstep Stakes (2000m) at Riccarton.

Pippi Rea, a five-year-old son of Pins, has now won nine of his 34 starts, but won’t get a chance to equal Seamist’s winning streak of six (albeit in lesser company) until next season. “It’s hard to win a few in a row, let alone five, and really the last few wins have been a bonus because we have been meaning to turn him out for a spell,” Karen Parsons said. “He prefers better tracks. “He was supposed to go out after he won at Riccarton (on May 31), but we kept him going for Waimate and he won there, too. “We were lucky to get away with this last win. Even though it was rated a Slow8, they still ran a respectable time (1:12.67). But he can go out for a well-deserved spell now.”

Pippi Rea’s winning streak began with a 1000m double within three days at the Marlborough meeting in April, and his run of top form has been a thrill to Kevin Hickman, who bred him and races him with members of his family. Pippi Rea is from Smitten Kitten (by Volksraad), whose performances for Hickman included eight wins (two Listed events) and seven black-type placings. “He’s always shown a lot of ability and last year he got hurt when he went up to Trentham for the Telegraph (Group 1, 1200m),” Parsons said. “He had a go at the Stewards Handicap (1200m) at Riccarton last year, too, and he went a top race for third. When he comes back into work we’ll probably set him for that again.”

The Parsons stable is going through a quieter patch than usual with many of the main players either out for a spell or just returning to the stable, though steeplechaser Delacroix is in top form, having won by 11 and a half lengths at Timaru last start. “We’re idling along a bit and it’s giving us a bit of time educating some of the young ones before we build up again with the likes of Kiwi Ida, Johnny Jones and co,” Parsons said.

Kiwi Ida, a winner of 10 races including the Group 3 Canterbury Breeders’ Stakes (1400m) at Riccarton last November, has been enjoying a break since her last-start win over 1400m at Wingatui late last month and the Parsons are looking forward to boosting her profile further in a new campaign. Johnny Jones, an eight-race winner, has also been freshened since finishing seventh at Riverton last month, while Camino Rocoso and Final Savings returned to the stable on Sunday after a freshen-up.

Camino Rocoso, a former northerner who won four races and was twice Group 3 placed for Murray Baker and Andrew Forsman, is unbeaten for the Parsons, having won on both days of the Marlborough meeting last month. Final Savings, a Savabeel three-year-old son of the Parsons’ multiple Group 1 winner Final Touch, ended his last campaign with a maiden win at Wingatui in March, while his two-year-old sister Touchabeel has been placed in three of her four starts and has done a month’s work.