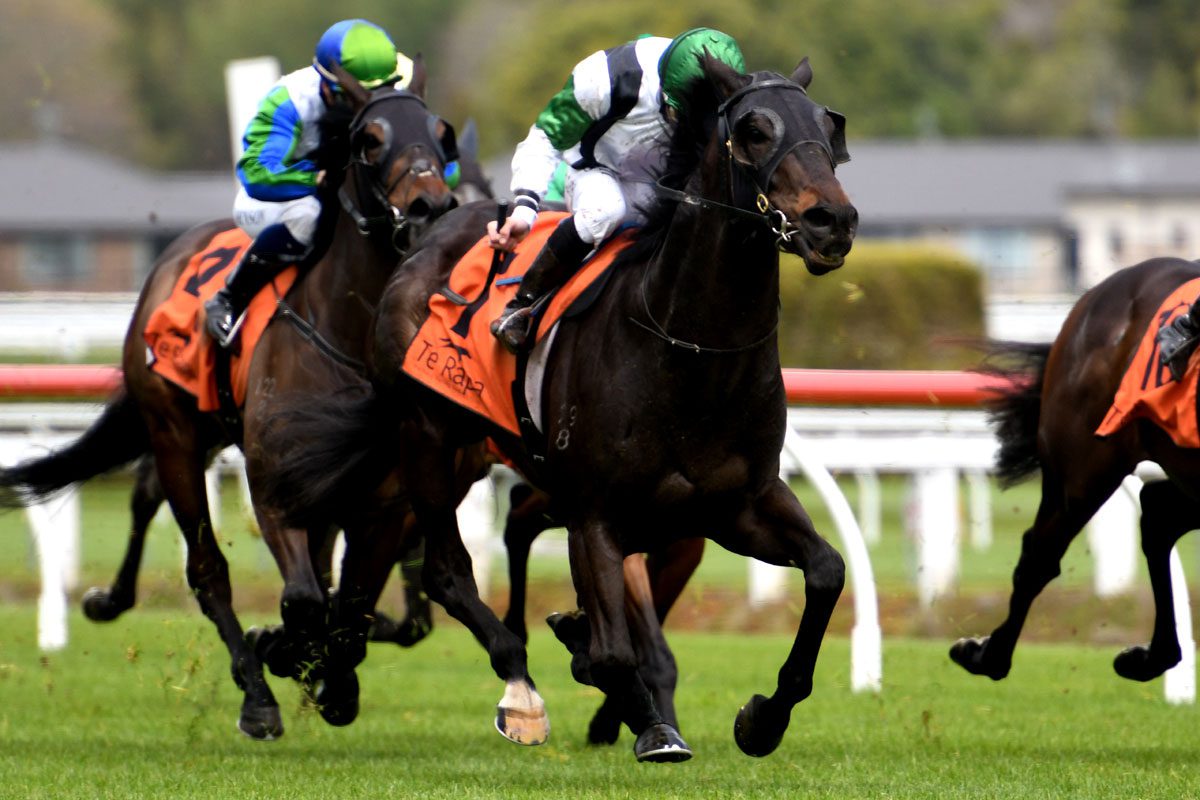 Trainer Tony Pike unearthed a pair of smart three-year-olds at Te Rapa on Friday in the form of The Landing and Pareanui Bay, who provided the Cambridge horseman with a race-to-race double.

First to strike was the well-bred Tivaci gelding The Landing, a half-brother to Group One winners Loire and A Touch Of Ruby, who had shown some ability when placed at the trials but relished stepping up to 1400m on debut.

“I wasn’t confident that he would win on debut, but his last trial was very good and I thought 1400m fresh-up, if he did things right, we could see a performance like that,” Pike said.

“I was expecting him to get back and hit the line hard.

“He did a very good job coming from near last and wide at Te Rapa, which is pretty hard to do. It looks like he has got a nice future, especially over further.

“He is a nice relaxed horse that hardly touches the bridle in the run and I don’t think it will be an issue getting a mile and further, given his pedigree. The Guineas will probably come up a bit quick for him but he could be a nice horse to give a break to and target a Derby path in the autumn.”

A race later Pareanui Bay was pitched into a strong three-year-old contest in the NZB Ready To Run Sale Breeze Ups 11/12 October 3YO (1200m) and narrowly prevailed over last-start winner Aris Aris, in a strong field.

The son of Lonhro took his place in the field more by necessity than design, after weeks of being thwarted by wet tracks across New Zealand ahead of his debut.

“In a field like that they don’t normally win open three-year-old races of that strength at their first start unless they’re very good,” Pike said.

“It was a big effort from him and he’s a gorgeous individual with a very big future.”

Both The Landing and Pareanui Bay were bred by Brent and Cherry Taylor’s Trelawney Stud, with the former purchased by Pike for NZD$300,000 as a yearling at Karaka, while the latter was withdrawn from last year’s Ready To Run Sale.

“Brent and Cherry had a couple in the breeze ups and they elected to pull them out and keep them and race them, which is a great bonus for me,” Pike said.

“I bought one and they have given me one to train. It’s been a good day for Trelawney and I think Pareanui Bay can go on to much bigger and better things than today.”

Like The Landing, Pareanui Bay is not among Pike’s nominations for the Group 1 Al Basti Equiworld Dubai New Zealand 2000 Guineas (1600m).

“We knew he went very well, but when the nominations came out I don’t think he had even trialled at that stage,” Pike said.

“I talked to Brent and he said if he is good enough he would pay the late entry fee for him, so there is still that opportunity.

“I will speak with Brent and Cherry, but if he comes through this race very well and we are happy with him, we may run him in the Sarten (Group 2, 1400m at Te Rapa on October 25) and if he were to win that, there is a chance of entering him into the Guineas.”