Pike and Ormsby combination back in winning groove 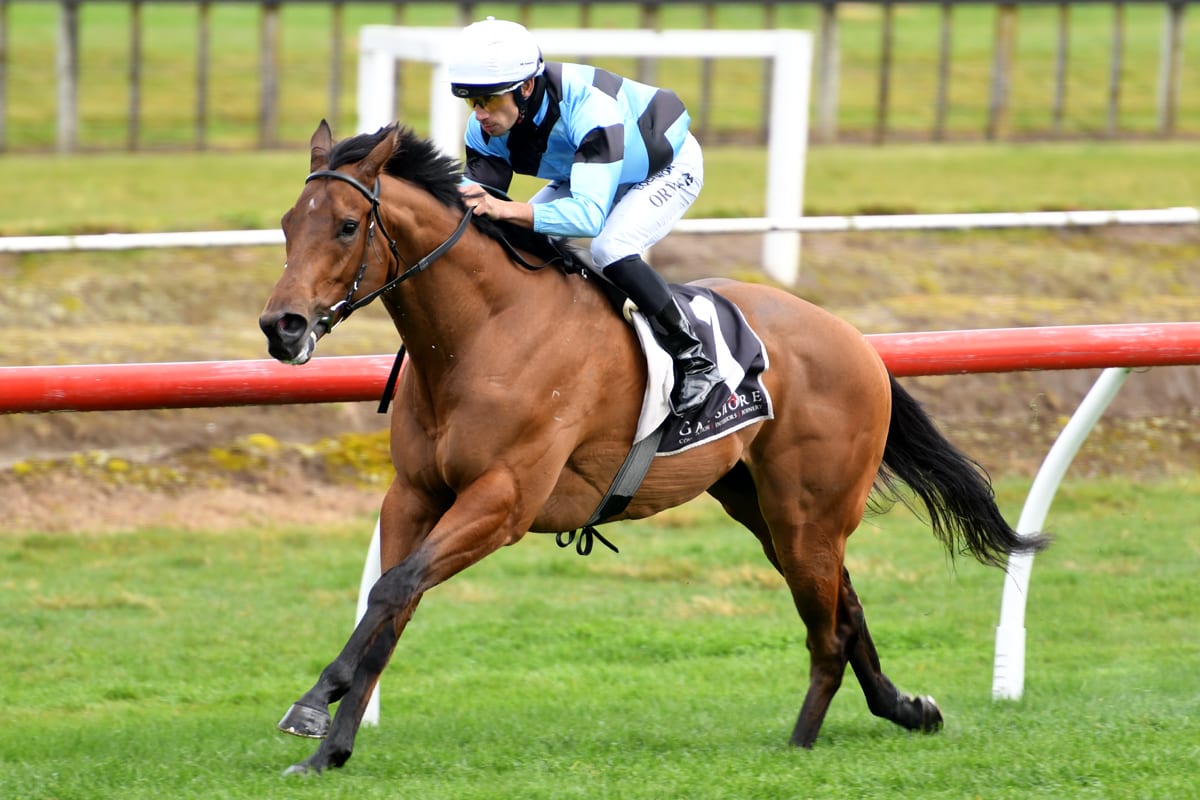 Trainer Tony Pike was delighted to pick up a victory with his only runner at Tauranga on Saturday but it was made even more special by the winning rider he had aboard. Four-year-old Sacred Falls gelding Divine Dive made it two wins from his last five starts under the stewardship of Chad Ormsby, a late replacement on the day for Michael McNab who had to forego the mount due to weight issues.

Ormsby has made a comeback to riding in June following the COVID-19 lockdown after giving it away back in April 2012, with his victory on Divine Dive being his first since he returned. The 31-year-old Matamata horseman has spent the last eight years as a trainer, breaker and doing sales preparations under his Riverrock Farm banner. He has also made a name for himself as a bull rider of some repute on the rodeo circuit.

Ormsby’s last winner came aboard the Pike-trained Waterford at Te Rapa on 28 March 2012, a fact not lost on Pike as he welcomed Ormsby back to the winners’ enclosure at Tauranga. “I’m rapt for Chad as when I was just starting to go alright as a trainer, Chad was probably my stable rider,” Pike said. “He rode horses like Historian and Aspinal for me, although he chose the wrong year to retire as he missed out on the ride on Sacred Falls. “He did a great job though, so I’m thrilled to be able to give him his first winner back.”

Pike was also pleased to see Divine Dive chalk up his second career victory as he believes he could become a handy winter galloper. “We’re pretty light on numbers until the tracks firm up but he’s one I’m confident to run on the heavy tracks. “He has strengthened up from his last preparation and he handles those sort of tracks really well. “It wouldn’t surprise me if he picked up another win or two while the wet surfaces are around.”

Pike had mixed luck earlier in the day with Group 1 New Zealand Derby (2400m) winner Sherwood Forest having a nice hit-out in a 1000m exhibition gallop for rider Troy Harris, however Group 1 New Zealand 1000 Guineas (1600m) winner Loire was at her headstrong best when refusing to exit the Tauranga birdcage as she missed out on accompanying her stablemate on the track.

“Sherwood Forest went a nice 1000m although Troy was looking after him in that ground,” he said. “He was very strong after the line and is coming up really well. “He might have a canter around at Ellerslie in two weeks, as long as the track isn’t too wet and then we will probably head to the second day at Hastings.

“Loire was just being her normal self. She’s not easy and although she is pretty calm, she has a mind of her own and if she doesn’t want to do something that’s pretty much it. “She doesn’t get wound up at all, she just says no not today boys. “I’m really rapt with the way she is coming up so we will probably put her on a truck now and take her to the beach for a workout next Tuesday.”