Pierata Tuned Up For Tramway Stakes 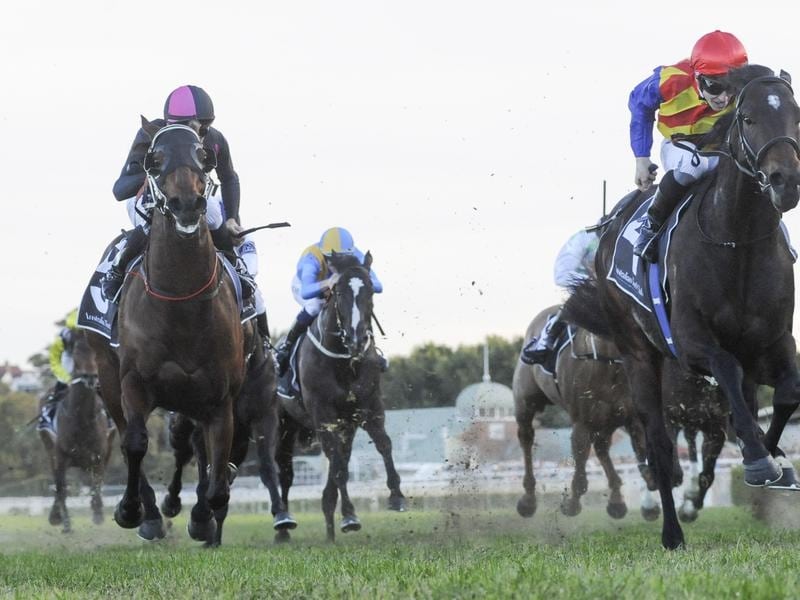 Trainer Greg Hickman will focus on getting stable star Pierata a Group One win rather than hold out for a spot in the $13 million Everest.

After Pierata beat Kementari in the Group Two Missile Stakes, all the talk was about whether he could secure a slot in the second running of the race on October 13.

With two slots now remaining, Hickman has switched his attention away from the race to concentrate on the horse and the Group One win which would cement his future at stud.

Since the Missile on August 4, Pierata has been kept up to the mark with a win in a Rosehill barrier trial last week before he takes on the Group Two Tramway Stakes (1400m) at Randwick on Saturday.

“He will run in the Tramway and then the plan is to head to Melbourne for the Sir Rupert Clarke Stakes,” Hickman said.

“I’m not sure he’s seasoned enough for a high-speed race like The Everest.

“I’m concentrating on 1400 metre races and getting him a Group One.

“That’s always been the goal and I think we’ll stick to that.”

Pierata has won five of his 11 starts and more than $2.3 million for his ownership group which includes Hickman who describes the four-year-old as the best horse he has trained.

As a three-year-old, Pierata won the Magic Millions Guineas before finishing second to Kementari twice in the Group Two Hobartville Stakes (1400m) and Group One Randwick Guineas (1600m).

Godolphin’s Kementari will head to Melbourne for Saturday’s Group One Memsie Stakes (1400m) at Caulfield but is still in the mix for The Everest.

GPI is also a part-owner of Chautauqua who raced for them last year when fourth in The Everest.

Chautauqua faces an uncertain racing future after an inconclusive barrier trial at Rosehill on Saturday.

The eight-year-old has refused to jump in six enforced official trials and on Saturday came out a long last but gathered momentum to finish second.

While not ruling it as a refusal to jump, Racing NSW stewards will decide this week whether he can progress to a second trial to be reinstated to race.

The two slots left in The Everest are held by the Australian Turf Club which has expressed interest in Kementari and a group headed by Max Whitby and Neil Werrett.

Whitby and Werrett have been left without a runner after originally selecting Menari who has gone to Newgate Farm to stand in the upcoming breeding season after injuring a suspensory ligament in training.