Pierata Primed For Another Shot At G1 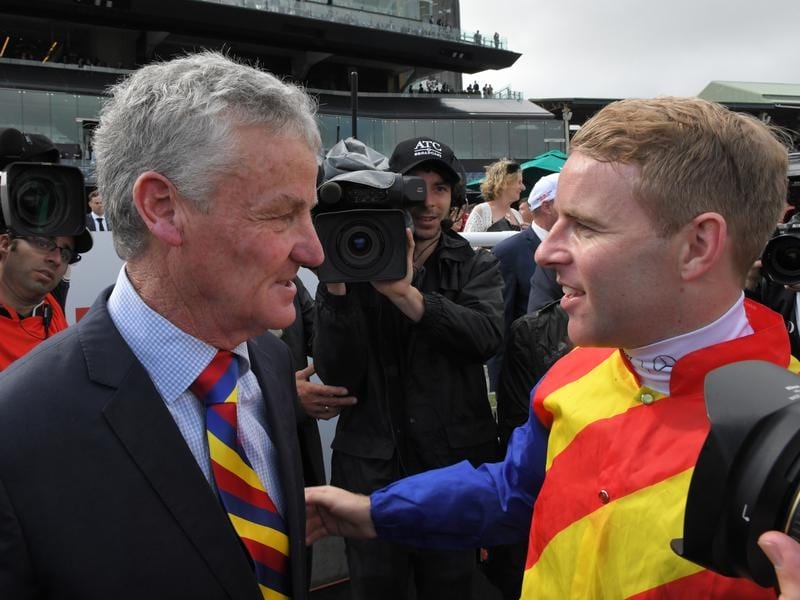 Having come agonisingly close to winning a Group One race with Pierata this autumn, trainer Greg Hickman and his fellow owners have picked themselves up to try again in the All Aged Stakes.

The four-year-old flashed home in The Galaxy (1100m) last month with many believing he had won until the photo-finish showed the barest of margins to Nature Strip.

Pierata lines up in Saturday’s All Aged over 1400m, a distance he is ready for at the fourth start of his campaign.

“He always tries and does his best,” Hickman said.

“He recovers well from his races and he put in a great gallop on the course proper at Warwick Farm on Saturday morning so I couldn’t be happier.”

Pierata has earned almost $3 million from his 18 starts which have netted six wins including the rich Magic Millions Guineas, and seven placings.

Tommy Berry will again be aboard.

The money aside, Hickman is keen to secure a stud deal for Pierata.

“That’s the objective so obviously a Group One win is important,” he said.

Pierata is one of 17 entries for the All Aged and is rated on 113 alongside Le Romain and Osborne Bulls.

Ahead of Wednesday’s declaration of the final field, Pierata is the second favourite at $4.60 with Godolphin’s Osborne Bulls at $3.50.

Osborne Bulls is trained by James Cummings while third favourite D’bai ($5) comes from the English Godolphin stable of Charlie Appleby.

The five-year-old won a Group Two Sprint over Saturday’s distance at the recent Dubai carnival.

The Kris Lees-trained Le Romain has finished second in the All Aged for the past two years, firstly behind Tivaci and then Trapeze Artist.