Pierata Flying Ahead Of Missile: Mcdonald 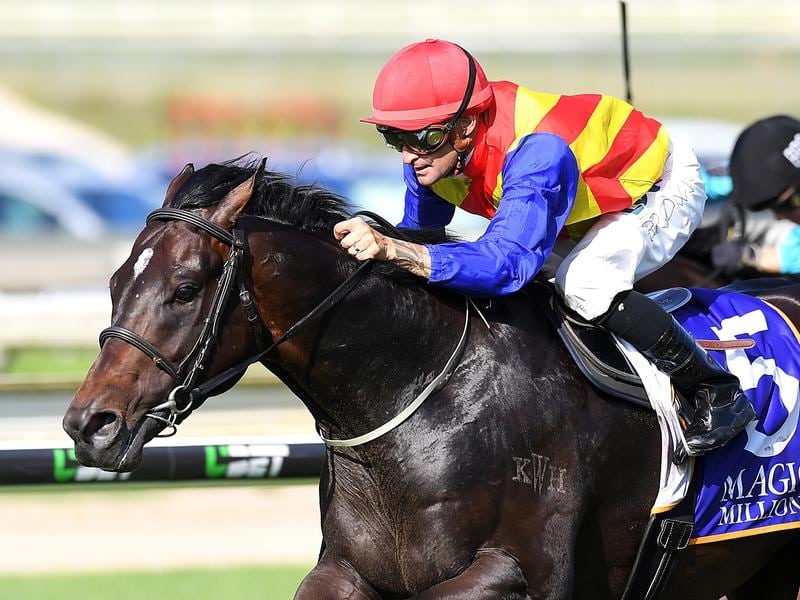 Pierata has made an instant impression on star jockey James McDonald who will ride the talented horse in a race for the first time in the Missile Stakes.

McDonald rode the Greg Hickman-trained Pierata in a recent Warwick Farm barrier trial and was left suitably impressed ahead of the four-year-old’s return in Saturday’s Group Two 1200m weight-for-age race at Randwick.

“It was the first time I sat on him the other day in a trial and he gave me an exceptional feel.

“He’s a beautiful horse. He’s a very deceiving horse, he only does what he has to, but geez, he’s got a motor.”

The Missile Stakes is the first stakes race of the new season in Australia, which began on Wednesday, and has attracted a strong field of 10 including four individual Group One winners.

Randwick Guineas winner Kementari was the $1.95 favourite on Wednesday ahead of Group Three winner and Group One placegetter Pierata ($4.20), and McDonald believes it looms as a good clash.

Pierata finished second to Kementari in both the Group Two Hobartville Stakes and Group One Randwick Guineas during the autumn with his regular jockey Corey Brown missing the ride because he is overseas.

While McDonald acknowledged Kementari has had Pierata’s measure, he’s hoping with added maturity and strength his mount can turn the tables in the Missile.

“I think he can,” McDonald said.

“He’s strengthened up a hell of a lot from what Greg’s telling me and from the feel he gave me in his trial, he’s pretty nice.”

Pierata could press his claims for a possible Everest slot with his performance on Saturday.

Three of the 12 slots now remain open after the Gerald Ryan-trained Menari was ruled out on Wednesday because of a leg injury.

Menari was scheduled to race for Max Whitby’s group in the $13 million race at Randwick on October 13 and McDonald had first refusal on the ride.

Group One winners Music Magnate ($8.50) and She Will Reign ($9) are the other runners at single figure odds for the Missile.