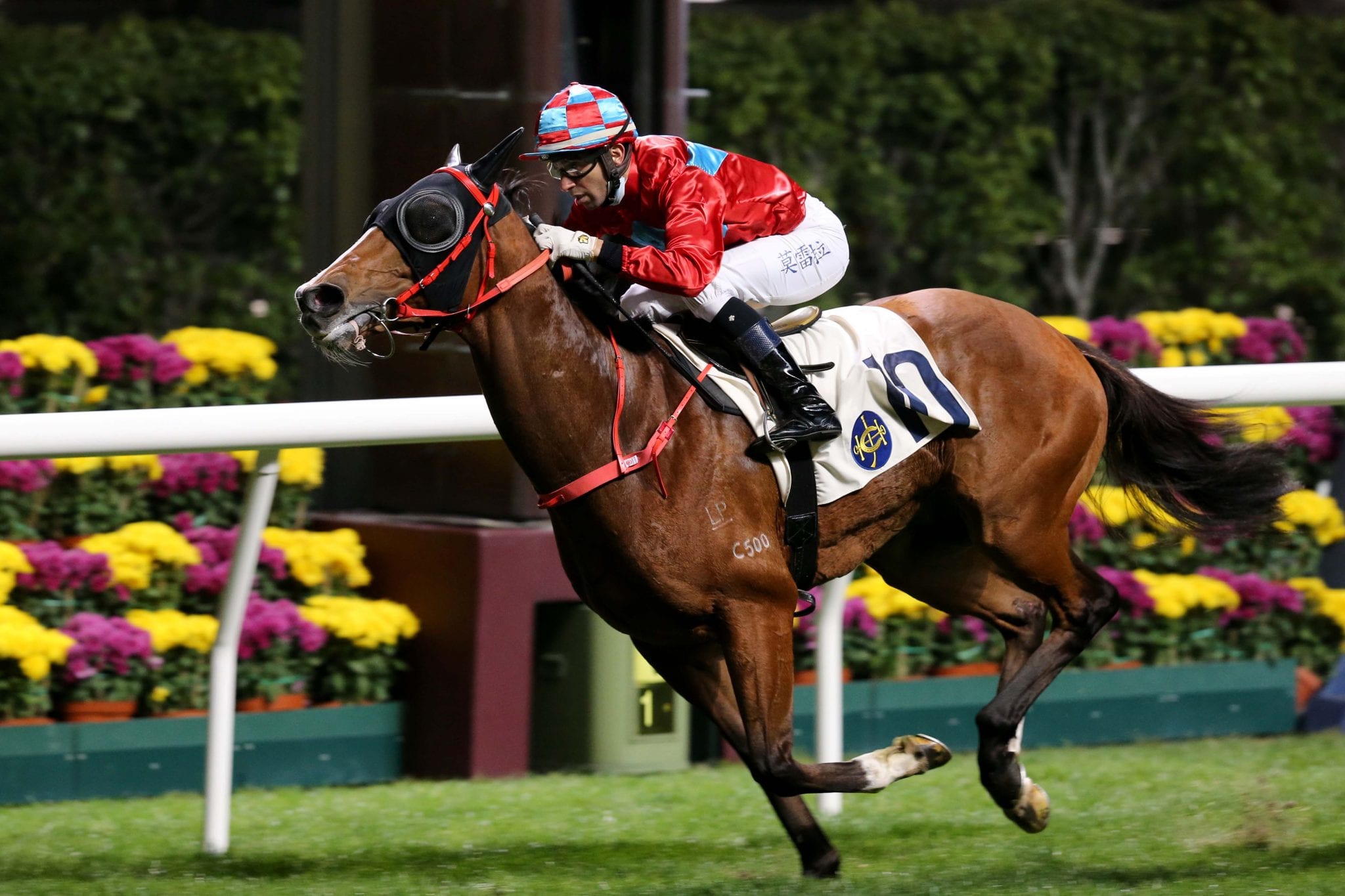 Teaming with the prolific Joao Moreira, Peter Ho struck a David and Goliath blow for the smallest stable in Hong Kong by lodging his 600th career winner, prompting the veteran trainer to laud his former champions Mr Medici and Packing Winner.

Elated after Baby Storm won the Class 5 Wistaria Handicap (1650m) at Happy Valley, Ho reflected on the peaks and troughs of a career which include producing elite performers, contesting a Melbourne Cup and also the challenges of competing against much larger yards.

Ho has 28 horses in his care – under half the maximum quota allowed for single-site trainers – while bigger operations, with bases at both Sha Tin and Conghua, can accommodate 70.

Posting his seventh victory for the season, 60-year-old Ho remains optimistic he can again rise to the prominence Mr Medici and Packing Winner once delivered.

“Everybody goes through the good times, the bad times,” he said. “I have to keep working – I enjoy my work.

“I love horses, every day I enjoy my work. I have no complaints – this is my favourite (job). I can’t get a better job.”

“I learnt so much from Mr Medici,” Ho said. “Hong Kong racing is the best and I’ve learned a lot here. Thank you to the Jockey Club for giving me the chance, the opportunities to learn from everybody, to learn from owners, learn from horses.

“Actually, I started in 1997 with seven horses – seven lame horses.

“Now, in 2021, I look back and I really appreciate the (fact) the Hong Kong Jockey Club looked after me so well.

“This (Baby Storm’s win) is a good memory for me. Joao did a good job and he deserved it.”

“He’s like every jockey here in Hong Kong – they’re world-class, they take their opportunities where they see them,” O’Sullivan said.

“There was no discussion about those tactics before the race but if you look at the sectionals, they ran the first 1000 metres pretty quick and then naturally enough they buttoned off and as they did, he got going.

“He’s (Schofield) ridden the horse a few times – he’s a pretty one-paced horse – and I think the fact he knew the horse pretty well is why he made that decision.

“You’re a hero or zero when you make those decisions. He had enough experience to know that when he did take off, you keep going.”

“Nice to get a winner for Paul, I haven’t had one for a while,” Schofield said.

“This horse he just stays like a poor relative, really. He was out the back.

“They went pretty quick the first bit and when they slowed down, there was just no point me coming back with them because I was out the back last and he just mathematically had no chance from where he was.

“So, when the pace slackened, I just let him bowl right around the field. Once he got to the lead, it was just a matter of keeping him going. He was fit, well prepared. It was a good win.”

Moreira (Baby Storm and Smiling City) and Zac Purton (Handsome Bo Bo and Noble Birth) split riding honours with a double each, leaving the Brazilian with a 68-49 lead in the jockeys’ championship.

Douglas Whyte was the most successful trainer at the meeting, logging a double with Simply Fluke (Jerry Chau) and Smiling City.