Persan’s Plan Is The 2021 Melbourne Cup 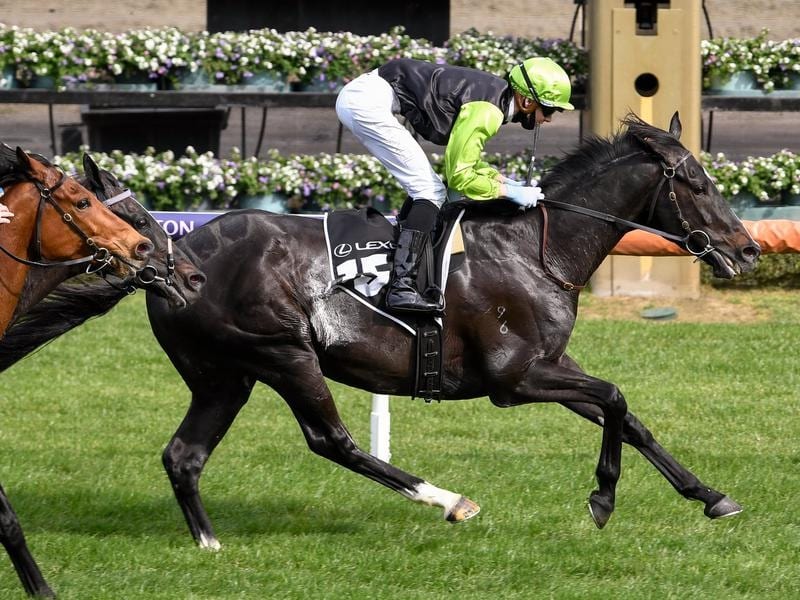 After being the first locally trained horse home in the 2020 Melbourne Cup, Australia’s most improved stayer Persan’s sole focus for this year will be another tilt at Australia’s most famous race.

Co-trainer David Eustace said with this in mind they don’t intend to tackle weight-for-age races, or set him for a race like the Sydney Cup over autumn, as they don’t want him to rise too much in the Melbourne Cup weights.

The Ciaron Maher and Eustace stable will set him for the Andrew Ramsden Stakes (2800 metres) at Flemington in May.

Although Eustace concedes Persan probably would get a run in the 2021 Melbourne Cup, they would prefer to ensure he got in by winning the Andrew Ramsden Stakes which carries a golden ticket into the race.

“It’s a nice race to focus on for him. He’s still a lightly raced stayer and we think he’ll be even better this year,” Eustace said.

Eustace pointed out that Persan only had 51kg in the 2020 Melbourne Cup and they don’t want him to have to carry a much higher weight this year.

“Obviously if he had of carried 56kg, he wouldn’t have finished in that position. We’ve got to be careful that he doesn’t have to carry a weight such as that,” he said.

Persan joined the Maher-Eustace stable and graduated from a third in a Wangaratta Maiden at his first start with them to a fifth in the Melbourne Cup.

In the nine starts between those two runs he had six wins and three seconds. Included in his wins was a victory in The Bart Cummings which gained the son of Pierro a start in the Melbourne Cup.

“That was his first racing preparation with us. He was a lightly framed three-year-old when he joined us,” Eustace said.

“I didn’t expect him to finish up in Melbourne Cup. We thought he would win two or three races and work through his grades.”

The Melbourne Cup placings were filled by overseas stayers with Kiwi The Chosen One finishing fourth just in front of Persan, who was 2.45 lengths from the winner Twilight Payment.

Eustace believes Persan physically should be able to make up that ground in 2021.

“He came through the Melbourne Cup really well. He had a break and he’s strengthened up nicely,” he said.

“We will do something similar with him as we did last year. Keep him in work for most of the year but he would have little breaks on the water walker,” he said.

“He’s just coming back into full work. He had a bit of time at Pakenham on the water-walker.”