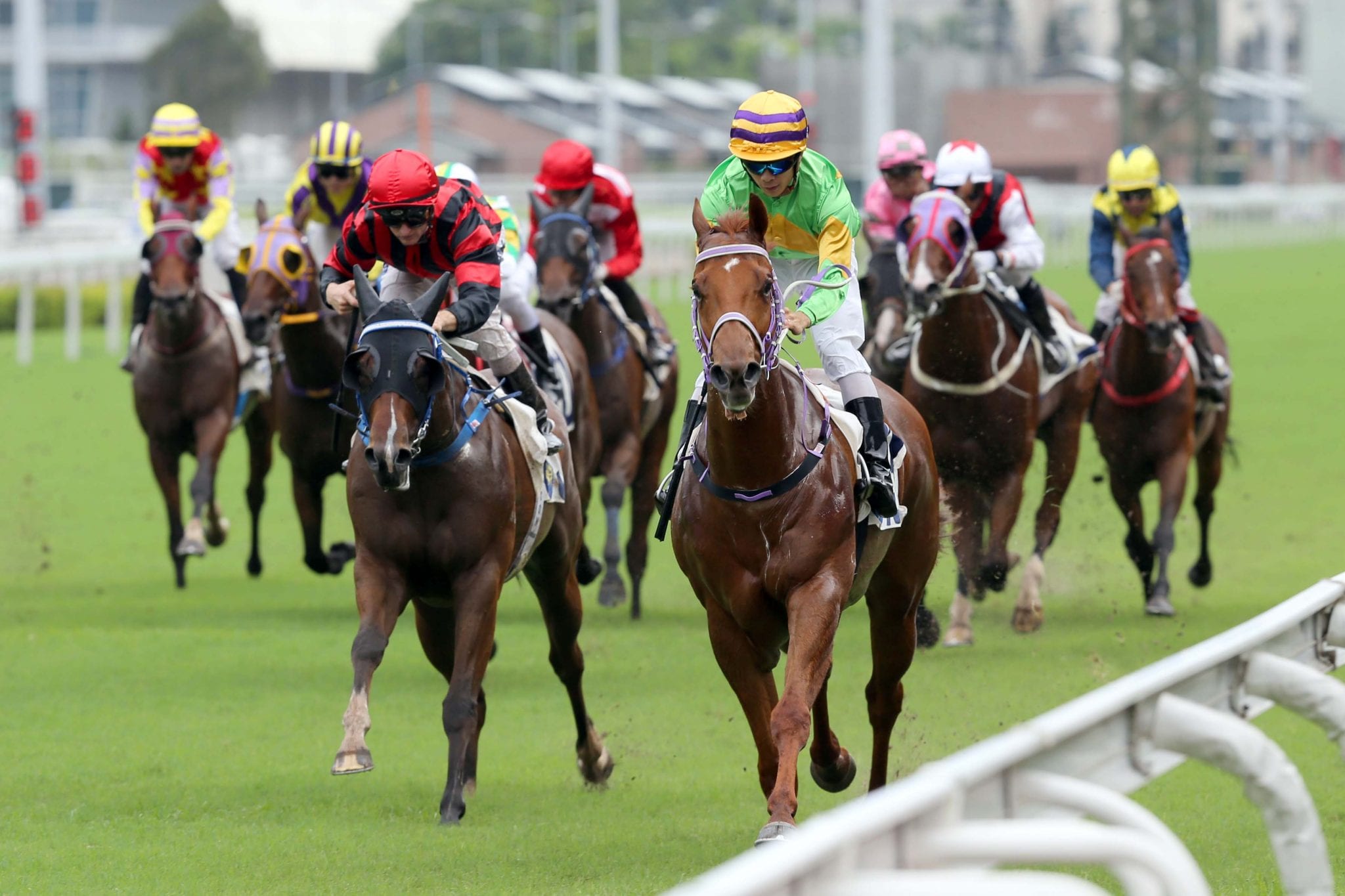 Red-hot jockey Zac Purton had to settle for second in Sunday afternoon’s feature at Sha Tin as Classic Unicorn, a son of Little Avondale stallion Per Incanto, made it two from two in the Class 3 Members Cup Handicap (1000m).

Purton, who was successful in six of the 10 races on the day, had been in the saddle for the three- year-old’s debut but handed the reins to Derek Leung when the Chris So-trained gelding was allotted a weight below Purton’s minimum.

The chestnut sprinted home in 55.09s, a length and a quarter ahead of Purton on Seven Heavens. “He’s a nice horse,” So said. “He showed good pace again. I think he’ll be better after next season and in future I think he can go 1200 and 1400m but not yet, he’s still learning a lot. He doesn’t concentrate but when the pressure comes, he kicks. “A lot of people called me in the last two days because he had lost 40 pounds from his last run but his blood tests were good, he was eating well. You can’t take weight as a standard from his first run, he’s a baby, so for me, I thought he’d run well. “Before they sent him to Hong Kong, they told me he won by 12 lengths in a trial,” So said. “We knew the horse was impressive, I haven’t had a horse like this for a long time.”

New Zealand-based bloodstock agent Phill Cataldo was instrumental in identifying the son of Per Incanto for his Hong Kong connections. Initially sold as a yearling by Little Avondale for $40,000 at the 2017 NZB Select Sale, Classic Unicorn was re-offered at the Ready To Run Sale but failed to meet his reserve. He then had two trials for Karen Fursdon for a runner-up finish at Cambridge and a dominant win at Avondale. “He trialled well when he ran second at Cambridge and when he went to Avondale, he won like an Open class sprinter,” Cataldo said. “He ran time. He’s a big athlete, a real machine to look at and he just looks like a top-class sprinter.”

Per Incanto recorded a winning double in Hong Kong with the former Danny Walker-trained three-year-old Star Performance making a successful debut for Tony Cruz with victory in a Class 3 1400m contest. The Little Avondale Stud-based stallion also sired a winner on Sunday in Singapore with Per Inpower successful over 1400m.

A son of Street Cry, Per Incanto has proved a reliable source of winners in all jurisdictions and is the sire of three Group 1 winners. His stock are performing particularly well in Hong Kong, with black-type gallopers Morethanlucky and Time To Celebrate joining the likes of Baba Mama, Flying Godspell, Glenealy Generals, Classic Unicorn and Star Performance as winners in the competitive nation.