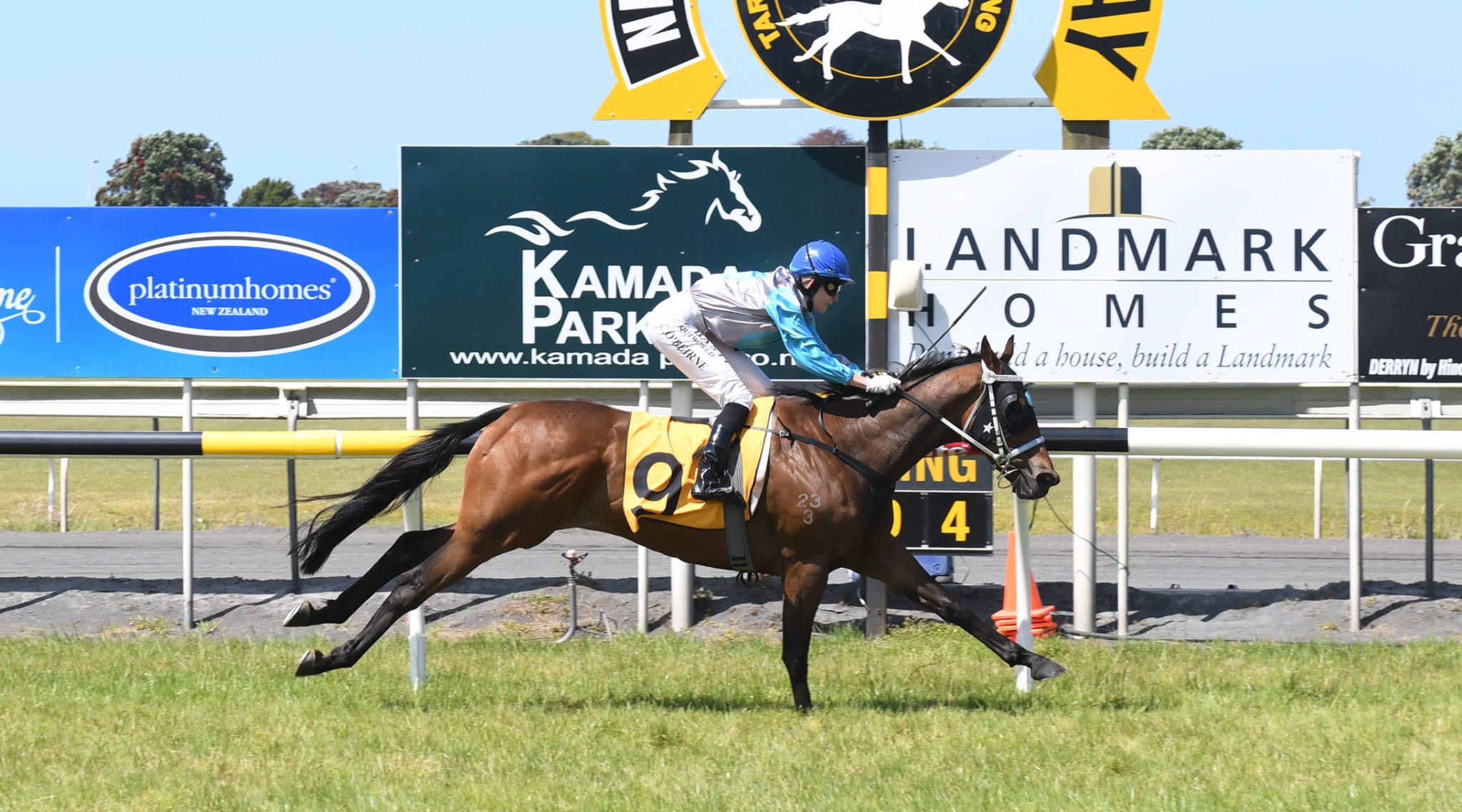 An eye-catching performance for third on the first day of the two-day New Plymouth carnival on Friday paved the way for Waipukurau galloper Pep Torque to bounce back to winning form when taking out the Kamada Park City Of New Plymouth Cup (1800m) on Sunday.

The Kirsty Lawrence-trained and part-owned six-year-old hit a purple patch of form around this time last year when winning twice at Trentham in January and again at that venue in March, but his form then tailed off towards the end of that campaign.

Friday’s effort behind Malo Bik over 1600m showed a win wasn’t far away and that came just 48-hours later, courtesy of a rails hugging ride by regular pilot Charlotte O’Beirne. O’Beirne had Pep Torque travelling nicely in the trail throughout before slipping through on the inner of pacemaker Sergeant Blast rounding the home bend. The pair went for gold at the 200m and drew clear of a brave Sergeant Blast with Cambridge visitor Athena Baby finishing on well for third ahead of Mongolianconqueror.

Lawrence admitted she and her fellow owners had been pretty vocal when supporting their charge during the race, who had been billeted at local trainer John Wheeler’s property over the past few days. “He’s a real family pet this horse,” Lawrence said. “He’s got a team of loyal owners and we’ve come away for a bit of a holiday and stayed at Linda and John’s. “We’ve had a bit of a trip and picked up the Taranaki Christmas Cup.

“It was a lovely ride and we were pretty pleased with him after the first day as he ran the fastest last 600m in that race. “He’s as honest as the day is long and I’m really pleased for Charlotte as she has stuck with him and she just loves this horse.”

Race favourite Mongolianconqueror showed he was ready to return to the form that saw him finish runner-up in the 2018 Group 1 New Zealand Derby (2400m) with a grinding effort that had him doing his best work in the closing 100m of the race as he prepares for a tilt at the Group 3 NZ Campus Of Innovation & Sport Wellington Cup (3200m) at Trentham next month.