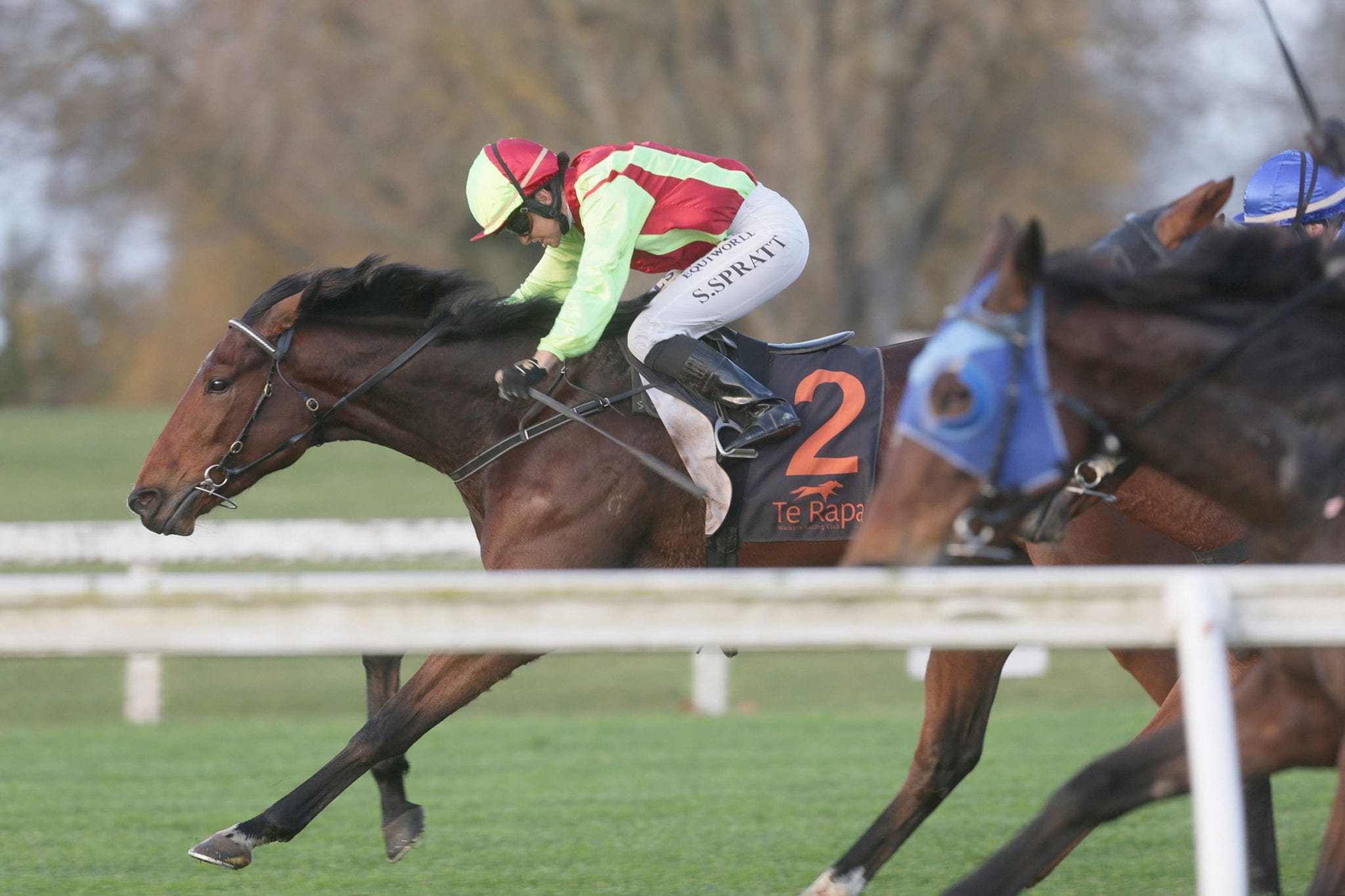 Another chapter in the incredible story of a Marlborough high country farming couple is playing out through the recent achievements of the talented young stayer Peecee Pussycat.

Peecee Pussycat, whose last four starts have produced two wins and two seconds, is raced by his breeders Colin and Tina Nimmo. Theirs is a story of almost insurmountable challenges framed by life on Muzzle Station, an 18,000-hectare property in the Clarence River valley amid the rugged terrain between Marlborough’s Seaward and Inland Kaikoura Ranges.

As an adventurous young couple of the early 1980s looking for a challenge, they certainly found one when they bought a rabbit-infested section of Bluff Station on the southern border of New Zealand’s largest single holding, Molesworth Station.

The Nimmos’ choice of name for Muzzle Station reflected their empathy with horses, which most of all in those early years meant dependence on sure-footed steeds before morphing into what they came to describe as the “insane hobby” of thoroughbred breeding.

Their journey in that realm has involved logistics that others in the cosseted regions of the Waikato, Manawatu and Hawke’s Bay would blanch at, but even now as they reflect on a life like no other, there are no signs of regret.

Alongside their busy farming activities involving some 5000 Merino sheep and 1800 Hereford beef cattle, as well as bringing up daughters Lucy and Fiona, the Nimmos had the audacity to conduct what they considered normal activities with a small band of thoroughbred broodmares.

“Walking our mares out ahead of the breeding season was a bit of a job,” said Tina Nimmo with typical nonchalance.

“There would be three short days where we’d do a few hours before stopping off at points along the way, plus two days when the stretches were longer, but we always got through.”

The same applied to young stock destined for Christchurch’s South Island Sale in August and the mid-summer National Yearling Sale at Karaka. No challenge was too great, and one might suggest in recognising the Nimmos’ inherent determination, combined with horsemanship beyond the norm, it was all part of the game.

These days they live in the relatively convenient environs of the flat farmlands 15kms inland from the tourist mecca of Kaikoura. They relocated there six years ago to a 120-hectare property where they put the polish on Muzzle Station stock, having passed the baton to daughter Fiona and her husband Guy Redfern.

Replicating that previous generation, the Redferns continue to farm Muzzle as well as rear and home-school their two children, with the additional element of opening the station up to eco-tourism.

“We decided it was time to hand over,” Colin Nimmo said.

“The idea was for an easier life, but I think since coming down here we’re just as busy as ever.”

Unlike his equine forbears, current star Peecee Pussycat never got to experience life on Muzzle Station, having grown up on his breeders’ Kaikoura property before finding his way north with the intention of being prepared for the Karaka Ready to Run Sale.

“We got to know John Bell at the South Island Sale and talked to him about this half-brother to a horse called Not Usual Talent that we had bred and was starting to look okay,” Tina explained.

“As it turned out he wasn’t suited to a Ready to Run preparation, he was such a big leggy sort of horse.

“We left him with John to get him going, but I recall saying to him at one stage that we hoped he wasn’t just a big slow horse, because we’ve had plenty of them. Looking at what he’s doing now I guess you’d have to say keeping him was our good fortune.”

Peecee Pussycat is a fourth generation member of a line that traces back to a Tawfiq filly bred by Canterbury horsewoman Sue Walker that the Nimmos paid NZ$8500 for at the 1986 South Island Sale. She became known as Riverain and was an older half-sister to the classy galloper Magnet Bay, whose 15 wins included the Group 1 ARC New Zealand Stakes, and to Group 3 Desert Gold Stakes winner Morning Rise.

“Riverain developed into a great type,” Tina said. “She only won the one race but it was always the plan to breed from her. She was a lovely mare with such a wonderful temperament. I would ride her around the farm with the kids in tow on their ponies, but when it came to crossing the river I would hoist them up with me.

“I couldn’t have left the girls to their own devices on their ponies, but Riverain was so trustworthy and sensible. With the three of us on her back she gave us a safe ride across the river while the ponies tagged along behind.”

Enhancement of the pedigree page following the success of Magnet Bay and Morning Rise played into the Nimmos’ hands and led to their best result at Karaka when Riverain’s Pentire filly made NZ$50,000 in the Premier section of the National Sale of 2000.

As Penelope Pitstop, she failed to win a race before going to stud, and in what Tina describes as “a roundabout way”, her breeders were able to get one foal from her. That Al Akbar filly, Compact Pussycat, is the dam of Not Usual Talent, a multiple winner and stakes-placed in Hong Kong, and now Peecee Pussycat.

The name has nothing to do with political correctness, rather that he is by the widely-travelled Irish-bred Pure Champion, a stakes winner in his homeland and Hong Kong before completing his career in New Zealand with victory in the Group 1 Windsor Park Plate. The son of Footstepsinthesand is at stud in South Canterbury at Mike and Barbara (Jimmy) Cooney’s Willow Glen.

“Jimmy and I have been friends since we were kids,” Tina Nimmo said. “Pure Champion is a big horse that might not have been a perfect match for Compact Pussycat, but we were keen to support him and now look at what we’ve got.

“There’s been a bit of talk about people wanting to buy him, but after spending all these years trying to breed a decent horse, why would we want to sell him?

“There have been times over the years where we’ve threatened to give up with the breeding, but you can’t get it out of your blood. And as far as the life we’ve led, we don’t regret it and if we had the chance we’d probably do it all again.”