Paynes Nearly Get Their Oaks Fairytale 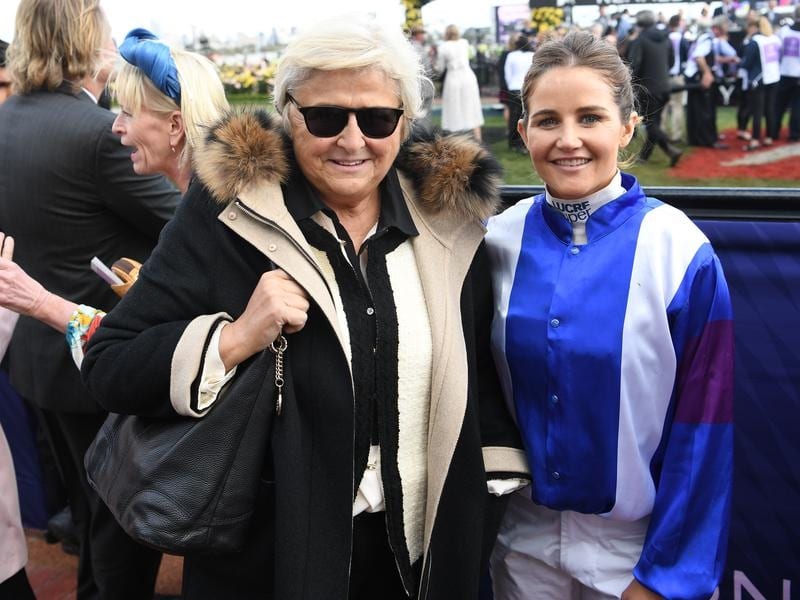 For jockey Michelle Payne, coming third on a horse owned and trained by her dad Paddy was almost as big a thrill as winning the $1 million VRC Oaks.

There was no repeat of Michelle’s fairytale win in the Melbourne Cup three years ago but dad, daughter and the many Payne family members trackside at Flemington were “thrilled to bits” with the Oaks result.

Paddy, a man of few words who came out of retirement as a trainer at his racing family’s urging, rated Michelle’s performance a “good ride”.

“She did well, no doubt about that,” he said.

The $1 million Group One race for three-year-old fillies was won by local Flemington-trained Aristia, with Sydneysider Greysful Glamour second.

After a less than impressive start to her racing career, Miner’s Miss won her first race at a little country meeting at Avoca on Caulfield Cup day.

Paddy and Michelle did not expect the filly would win on Thursday.

“I never thought it would win but I was happy it ran third,” Paddy said.

The result was extra special given Michelle and Paddy chose Miner’s Miss together.

Paddy bought horse before she turned one, paying $10,500 after Michelle joined him at a weanling auction.

“We stood there for three days trying to pick a couple of fillies and it took us until about the the third or fourth day to find one we liked, for the right price,” Michelle said.

Now a trainer herself, Michelle does a lot of work with her dad.

“We have a few arguments along the way,” she admitted, with Paddy agreeing.

“But it’s so good. It can’t get any better than this.”

As for those arguments, Michelle put them down to disagreements over a few different training ideas.

“But dad might have taught me a thing or two along the way.”

Michelle became the first female jockey to win the Melbourne Cup on outside chance Prince of Penzance, who like Miner’s Miss was a 100-1 shot.

She now juggles her riding commitments with training 15 horses and loves it.

Michelle, who spent a few months working for Head-Maarek in 2009, was later fined $800 for a whip infringement in the Oaks.

Winning trainers Simon Zahra and his cousin Mathew Ellerton were delighted to get their first major staying victory in front of 61,000 people.