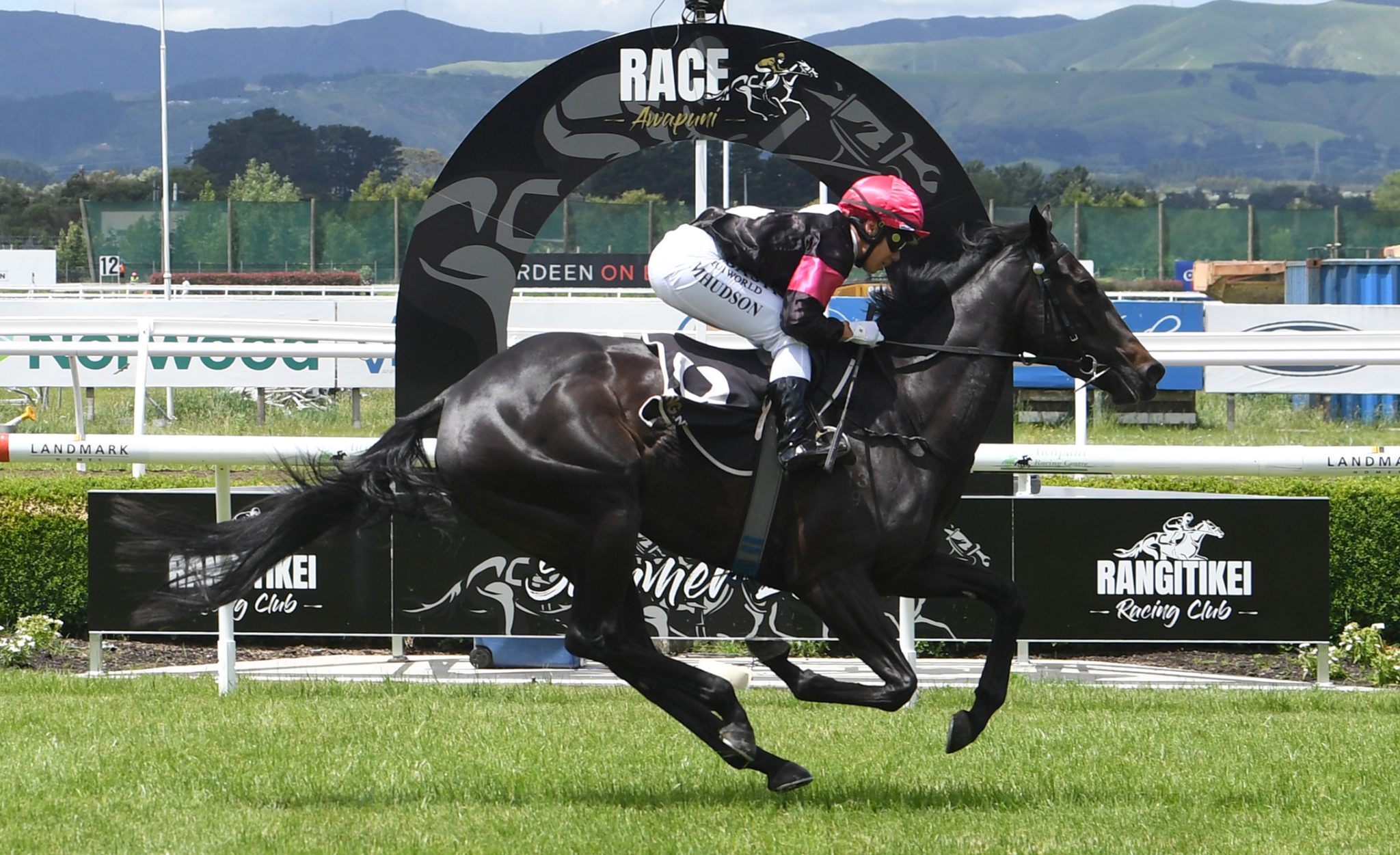 New Plymouth trainer Robbie Patterson knew from the outset he had a smart filly on his hands in three-year-old filly Terziere.

The daughter of Complacent has been to the races on two occasions for two easy wins, the latest coming when winning the Wenham Grain & Seed (1300m) at Awapuni on Saturday, coming from back and wide under Mereana Hudson to score by in excess of three lengths.

“She is pretty inexperienced. I never trialled her or anything because I knew she was that good. I thought I’d take her to the races and she will learn more there,” Patterson said.

“We have got a few other good ones and she was galloping with them and just doing pace-work beside them. She is so intelligent as well and is afraid of nothing.

“She won easily at Woodville and then yesterday was just another step up in class and she handled it pretty well.

“She is an exciting animal and is potentially the best horse I have ever had.

“She just ticked all the boxes right from the start, as soon as we started galloping her.”

The Group 3 Eulogy Stakes (1600m) at Awapuni on December 10 looms as the next assignment for Terziere, who will also be aimed at races like the Group 3 NZ Bloodstock Desert Gold Stakes (1600m) and is viewed as an Oaks filly longer term.

The in-form trainer also saddled talented four-year-old mare Mary Louise to win the Higgins Concrete (1600m), with the daughter of The Bold One posting her third victory from four career starts.

“She is a progressive mare and we are just going through the grades at the moment. We may end up taking her to Queensland and running her in a race like the Premier’s Cup (Group 3, 2400m) which The Fearless One ran third in this year.

“We are just going to get her into open grade and then look at Australia with her.”

“She has had one jumpout and I will look at starting her next Saturday at Te Rapa in an Open 1300m race. I will put apprentice Ciel Butler on as she will get 62kgs,” Patterson said.

“Then it will be three weeks into the Manawatu Challenge Stakes (Group 2, 1400m) that she won last year before she progresses to the Thorndon Mile (Group 1, 1600m) and into those Group One 2000m races – the Herbie Dyke and the Bonecrusher.

“She is coming up the best she ever has and is absolutely flying at the moment.”

Patterson also has high hopes for Coogee Kate, a three-year-old daughter of Astern who is unbeaten in two starts.

“She had a fortnight in the paddock after her win at Wellington and she has really progressed. She is a big girl anyway, but she is even bigger now.

“I’m really looking forward to getting her to the Wellington Guineas (Group 2, 1400m) on January 14. That is her target.

“I think she might even progress into a New Zealand Thoroughbred Breeders’ Stakes (Group 1, 1600m) horse. I think she will run a really nice mile and the three-year-olds get in well at the weights in the race.”

Patterson also reported that lightly-tried five-year-old The Fearless One has only recently had his first serious piece of work since returning from a spell and will be aimed at the Group 2 Auckland Cup (3200m) which will be contested at Pukekohe on March 11.