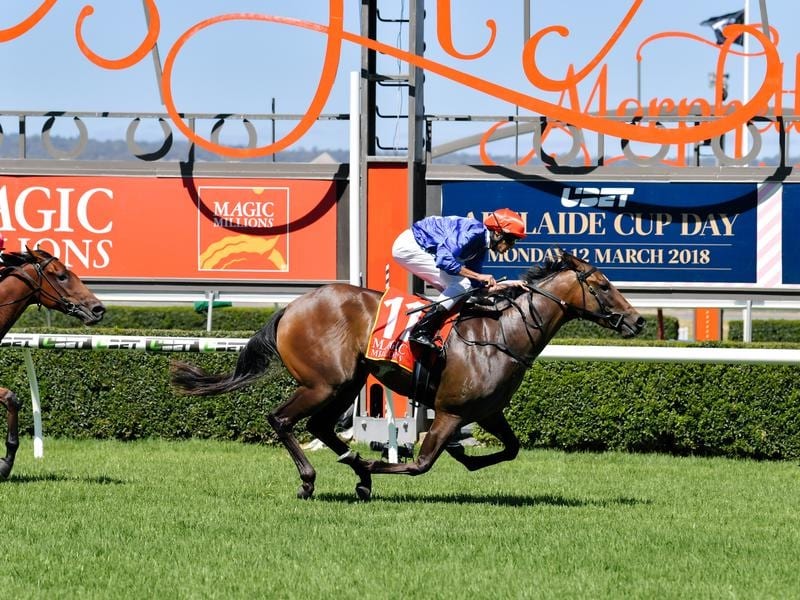 Cahill will ride Zizzis ($2 million Guineas) and Husson Eagle (Magic Millions Cup) for Payne at the Gold Coast on Saturday.

Regarded as one of Queensland’s best jockeys, Cahill has ridden more than 50 feature races winners including the 2005 Group One Stradbroke Handicap on St Basil and 2001 Doomben 10,000 on Falvelon.

He is also regarded as an expert around the Gold Coast where his wins including the 2013 Magic Millions 2YO Classic on Real Surreal.

“I think my first big win at the Gold Coast was My Duke in the Prime Minister’s Cup when it was a 2400 metre race for Gerald Ryan,” Cahill said.

“Pat and Husson Eagle won the sprint race here a few years back and he knows the right horses to bring to Queensland.”

He said he and Payne went back many years to his days when he rode in Macau.

“I have ridden for him a bit up here and his horses are always well turned out.”

He sent both to Sydney before sending them up the highway on Tuesday to the Gold Coast.