Patience Could Pay For Raido 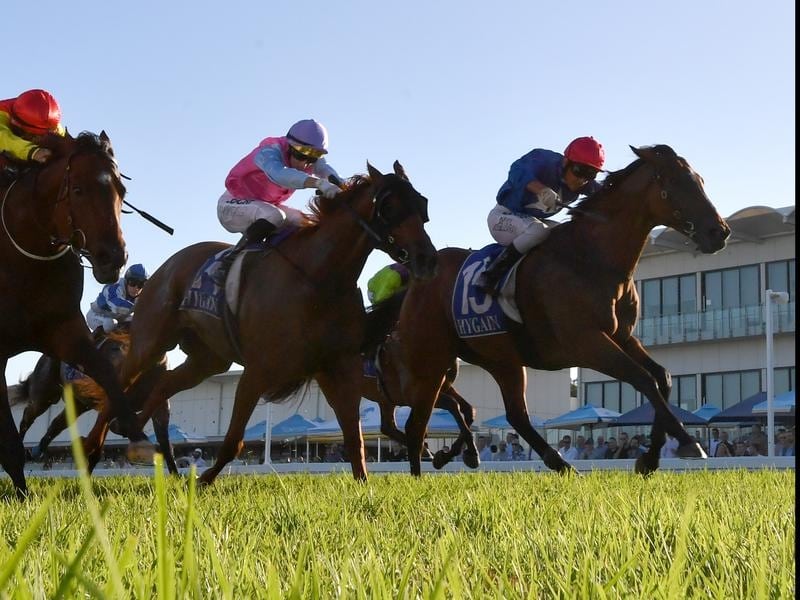 Trainer Tony Gollan hopes his patience with stakes winner Raido will give the gelding a chance to take advantage of the absence of some track specialists when he lines up at Caloundra.

The gelding was originally set to resume at last week’s Gold Coast meeting but was scratched.

The Gold Coast is Raido’s favourite track and he won the Listed Goldmarket Stakes there in March which meant Gollan was tempted to run him.

But in the end the trainer felt patience would prove the better option.

“He drew off the track and I didn’t want to give him a tough run first-up,” Gollan said.

“Another week off will do him no harm and he has trialled well when second at Doomben recently.”

The Open is unusual because for the first time in months it won’t feature Tarzan, Ringo’s A Rockstar or Irish Constabulary.

The trio have won all the 1000m-open handicap races at Caloundra in the past three months.

Former Sydney sprinter Straturbo will also run in the open handicap after finishing unplaced in his first start for Gollan when four lengths behind Tarzan on August 4 at Doomben.

Gollan will have another strong hand at Caloundra including promising Capital Connection in the Happy Birthday Sally Plate (1200m).

Capital Connection won first-up at Ipswich and was then second to Taversky in class record time at Doomben last start.

Gollan has always had a wrap on five-year-old Capital Connection whose career has been limited to six runs by some niggling problems.

“Top bloodstock agent John Foote picked him out as a young horse and he has some very strong bloodlines,” Gollan said.