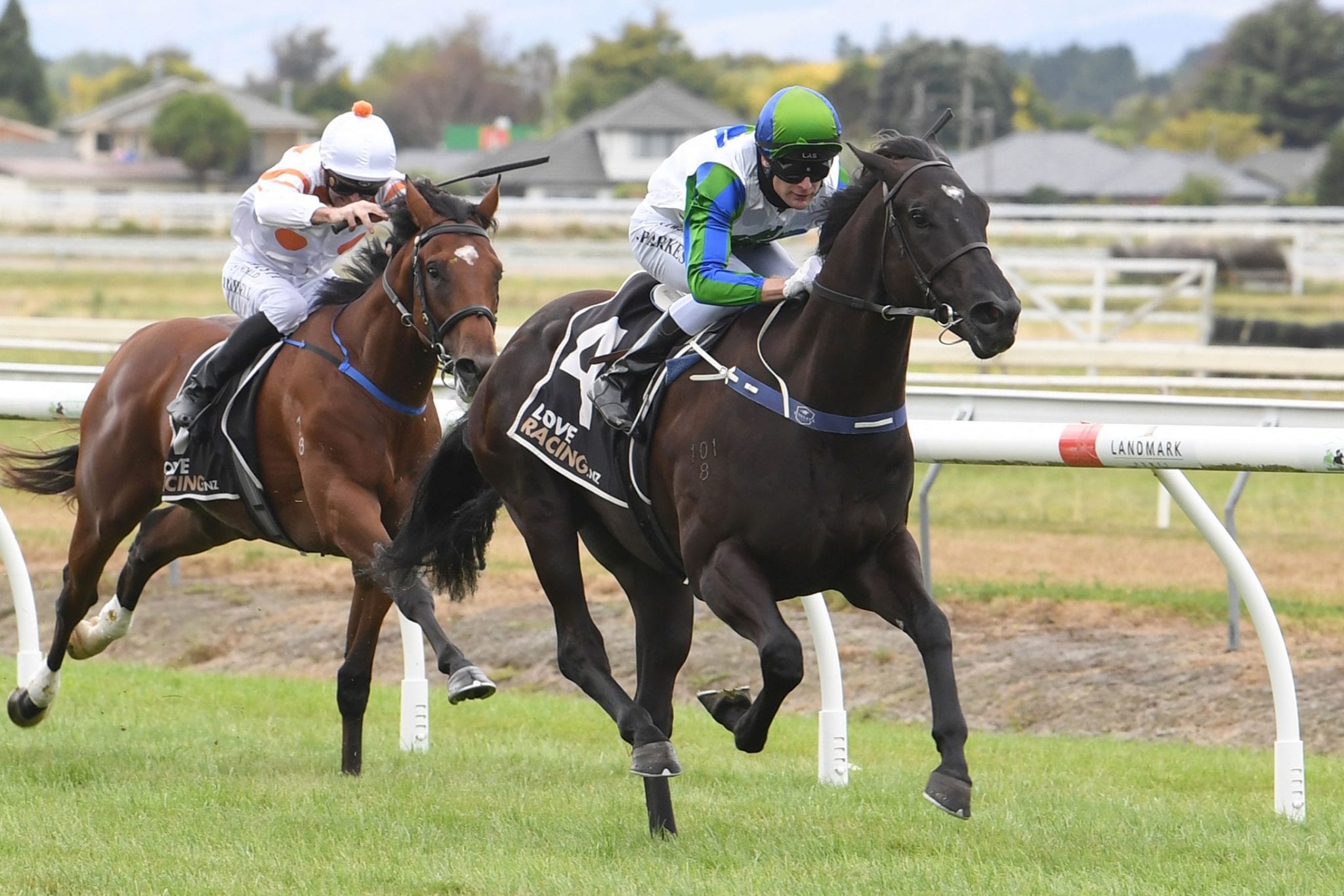 Leading Central Districts rider Johnathan Parkes continued his winning roll aboard Jamie Richards-trained two-year-olds when he guided well related Savabeel youngster I Wish I Win to a comfortable victory in the opening race at Awapuni.

Parkes has been the regular rider of Karaka Million 2YO (1200m) winner On The Bubbles for Richards and continued his successful association with the Te Akau Racing mentor by producing a copybook effort aboard the warm -250 favourite on Saturday.

Expected to make a winning debut off the back of two eye-catching trial victories, I Wish I Win was positioned nicely outside the pace by Parkes before issuing his challenge at the top of the straight. Parkes eased him clear at the 200m and he went to the line under a hold to win by two lengths from the late-closing Mochatini.

Bred and raced by Waikato Stud, I Wish I Win is the half-brother of stakes winning mare Another Dollar, who finished runner-up in the Group 1 Queensland Oaks (2400m) and is the grandson of outstanding mare Starcent who won twice at Group Two level while also finishing runner-up in the Group 1 New Zealand 1000 Guineas (1600m) and Group 1 Bayer Classic (1600m) during her three-year-old season.

“He’s a nice horse and one we’ve got a lot of time for,” Richards said. “He’s always shown plenty in his track work and gallops and at the trials.

“He’s a lovely type of horse, great colour, and he’s got a wonderful attitude.

“Unfortunately, he was unable to be sold by Waikato Stud, because he’s quite rotated outwards in one of his front legs but it doesn’t appear to affect him when he’s galloping.

“There’s a lot to be said for gelding horses and letting them grow out naturally, often to the benefit of slight physical issues.”

Richards suggested that after a few easy days and a preparatory trial, I Wish I Win could be set for the Group 1 Courtesy Ford Manawatu Sires’ Produce Stakes (1400m) back at Awapuni next month, a race won by horses produced out Te Akau Racing’s Matamata base for the last three years in Yourdeel, Avantage and Melody Belle.

Parkes made it two wins from two rides when he guided debutant runner Raffle to victory in the second race on the card for breeder and part-owner Christopher Grace.