Outrageous In The Groove Ahead Of Villiers 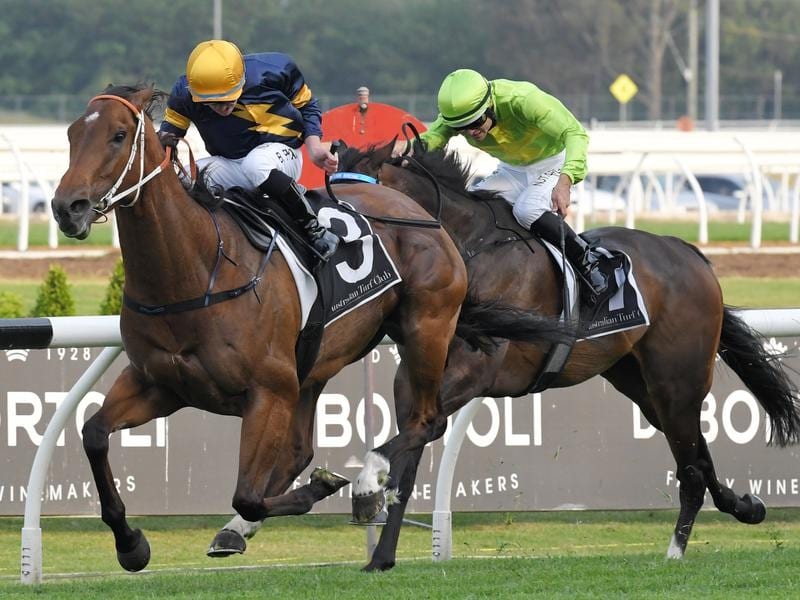 Outrageous will attempt to become the first horse in almost a decade to claim the Festival Stakes-Villiers Stakes double when he takes his place in the feature Randwick mile.

Co-trainer Michael Hawkes confirmed Outrageous had come through his Festival win in top order and was on target to replicate the feat of Monton, who was the last horse to win both races in 2011.

“His mind is in a good spot at the moment. He is obviously two from two so the horse is great.”

Group One-placed in the Sires’ Produce Stakes as a juvenile, Outrageous was also competitive in top company as a spring three-year-old before his form tapered off.

He was gelded prior to the start of his 2019 autumn campaign and while he has since shown glimpses of his early ability, he has lacked consistency.

This preparation is the first time he has put consecutive wins together, resuming with a strong victory at Flemington and franking that performance with his Festival Stakes win.

“The light switch has obviously flicked on. He has always had good ability from day one as a baby but colts, they tend to get a bit wayward,” Hawkes said.

“Probably maturity is the biggest key.”

Tommy Berry retains the ride on Outrageous, who is among 21 nominations for Saturday’s Group Two Villiers Stakes (1600m).

Godolphin has four entries led by Criaderas, who will be ridden by Kerrin McEvoy, while Chris Waller has five horses in the mix including Sambro, Reloaded and Savacool.

Fresh from his four-winner haul at Rosehill on Saturday, James McDonald has been booked to ride Sambro and will be chasing his first Villiers success.

The feature mile is one of three stakes races on Saturday’s Randwick program, along with the Listed Razor Sharp Handicap (1200m) and Christmas Cup (2400m).