His Outrageous Form Continues At Rosehill 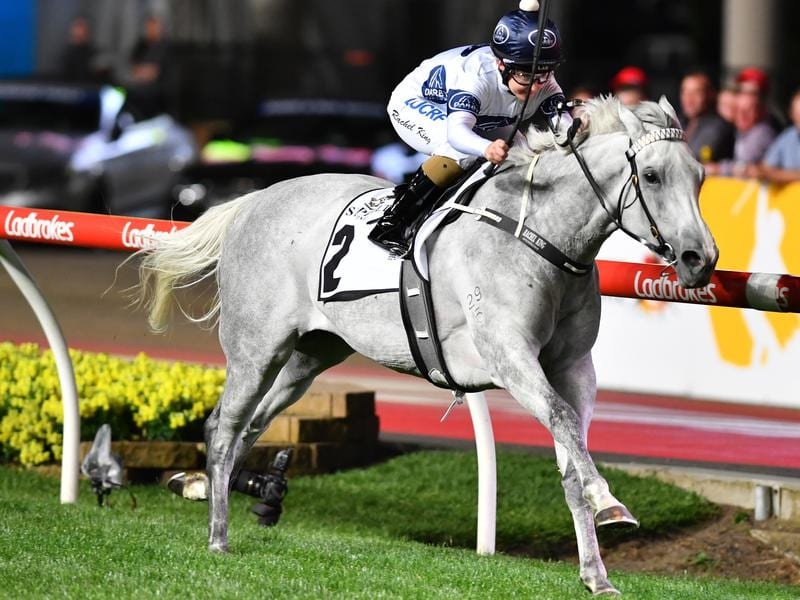 The Team Hawkes sprinter Outrageous made it two from two this campaign and connections will now target the Villiers Stakes with him after he won the Group Three Festival Stakes at Rosehill Gardens.

Outrageous ($4.60), with Tommy Berry riding, followed his win at Flemington on Melbourne Cup Day with a gutsy victory holding off Royal Celebration ($19) by a half neck with Evalina ($17) a further length and a quarter away in third.

The All Too Hard gelding has always raced at the highest level, contesting in the Group 1 Sires Produce and Champagne Stakes as a two-year-old and co-trainer Michael Hawkes believes he is maturing and the penny is finally starting to drop.

“A couple of years ago he might not have found the solid form that he has, but the older he’s got the better he’s got.”

The Group Two Villiers Stakes at Randwick on December 12 over 1600 metres will be the next target for Outrageous in two weeks’ time with Hawkes not concerned about the step up to the Randwick mile.

“I don’t think it will probably be an issue with him,” Hawkes said.

“He’s run over the mile as a younger horse, and first up over 1400m was a magical effort at Flemington.”

Earlier the Mark Newnham-trained Greysful Glamour ($9) added to her value as a broodmare with an all-the-way win in the Listed ATC Cup over 2000m.

The Stratum mare has now banked over $700,000 in earnings for connections and adds further black-type to go with her Group Three Mannerism Stakes victory at Caulfield and second in the Group One VRC Oaks as a three-year-old.

The five-year-old held off race favourite Laure Me In ($4.60F) by two and half lengths with Mantastic ($7.50) a further three quarters of a length away in third.

Greysful Glamour has been a star performer for the Newnham camp, having been there since the start of the former jockey’s training career.

“She’s one of the first horses I had, and she’s given us some great moments,” Newnham said.

“And judging by that there’s still a few to go.”

“She got conditions to suit today. Dry ground, got to the front, familiar jockey and light weight.”