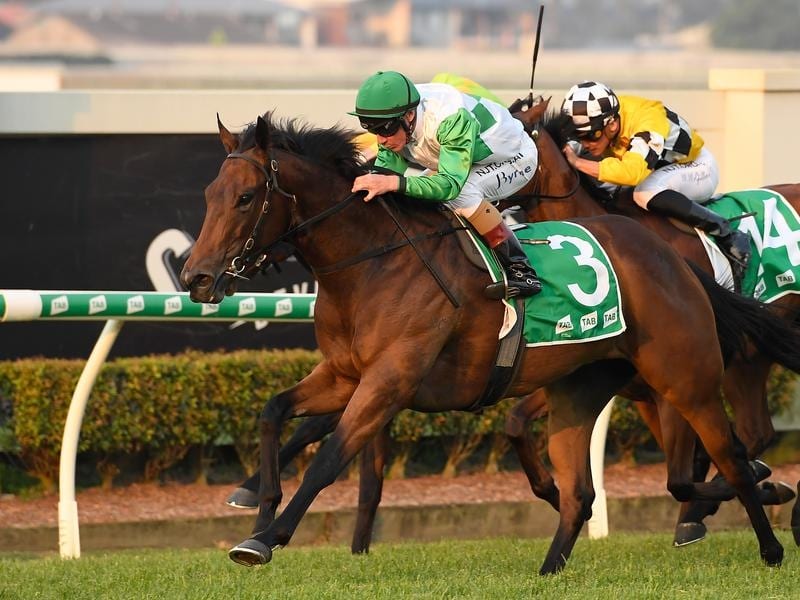 Outback Barbie is set to give trainer Tony Gollan another strong chance in his quest for the Group One Stradbroke Handicap after an impressive barrier trial.

Outback Barbie sat fourth until the home turn before gathering in the leaders at the 150m and coming away for an easy win in her 1000m-heat at Doomben on Tuesday.

The four-year-old mare always performs well in trials but even by her standards it was a strong effort.

Outback Barbie has not raced since January 11 when her win in the Magic Millions QTIS race lifted her prize money past $1.3 million.

Gollan said he would finalise the mare’s comeback run in the coming days but she would probably resume in the next fortnight.

“Her main mission is the Stradbroke on June 6 which is creeping up on us quickly,” Gollan said.

“She did exactly what we hoped in the trial today and she should be ready to run a strong 1400 metres.”

The Gollan-trained multiple stakes winner Silvera was second to his stablemate Just Orm in another 1000m-trial.

Silvera was bolting behind the pace coming to the turn and went to the line strongly to go down by a neck.

“It was a strong effort and he will probably run Saturday at the Sunshine Coast in an Open Handicap over 1400 metres,” Gollan said.

“I scratched him last Saturday with the Sunshine Coast in mind and the trial confirmed he is ready for it.”

Silvera is a possible Stradbroke runner although Gollan is just as keen to tackle some of the 1600m winter races with the grey.

The Robert Heathcote-trained three-year-old Guntantes showed he was back near his best, coming from last to run third behind Outback Barbie.

“He had a bit of a hoof problem after his last run three weeks back and I think we are on top of it now,” Heathcote said.

“Guntantes will be pressing on into the winter.”

Another top three-year-old The Odyssey tuned up for his assault on the winter races with an easy win in an 840m-trial.

Trainer Kelly Schweida is looking at splitting The Odyssey between the three-year-old and open company sprints.

The Steve O’Dea-trained Gotta Kiss was another who trialled nicely when she finished second at her first hit-out since being unplaced in the Magic Millions 2YO Classic.