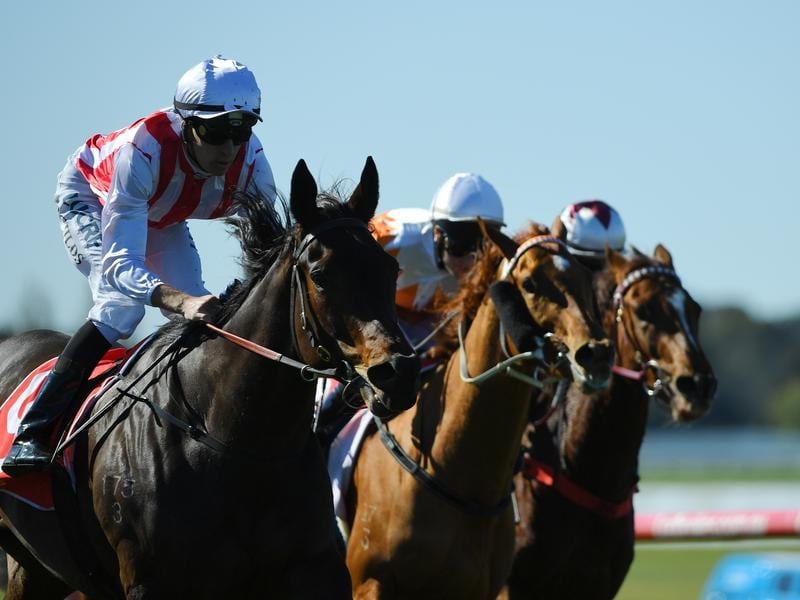 Trainer Grahame Begg is leaving nothing to chance with impressive Sandown winner Our Libretto.

Begg said after the mare won Wednesday’s Ladbrokes Multiverse Handicap that he had entered her for the Caulfield and Melbourne Cups.

“But she’s in there and you never know what might happen.

“We might be able able to sneak her into something along the way and then maybe get a Cups berth.”

More pressing for Begg is a benchmark 78 mares’ race over 1800m at Flemington on September 26.

“We’ll let her continue ticking the boxes before we make any decisions,” Begg said.

“But next autumn she looks to have stakes class written all over her, especially against mares’ grade and over a little bit of trip.”

Begg said Our Libretto, who had spent 12 months away from racetrack after having her first two runs in New Zealand, was a work in progress.

“She had a few niggling feet issues and immature knees so they wanted to let her get over those things,” Begg said.

Lindsay Park has landed their second winner in five days with a horse returning from Dubai.

Whereas Faatinah was successful in Dubai earlier in the year, Mutamayel finished out of the money in three runs.

“We learn’t a bit of a lesson not to send three-year-olds over because they get unfairly weighted over there, carrying 4.5 kilos more than the northern hemisphere-bred three-year-olds,” Hayes said.

“If you put a line through his Dubai form he had pretty good early form and he’d won at this track and distance before.”

Hayes said the stable was already assembling a team for next year’s Dubai carnival for Mutamayel’s owner Sheikh Hamdan.