Our Libretto In Sydney To Run At Randwick 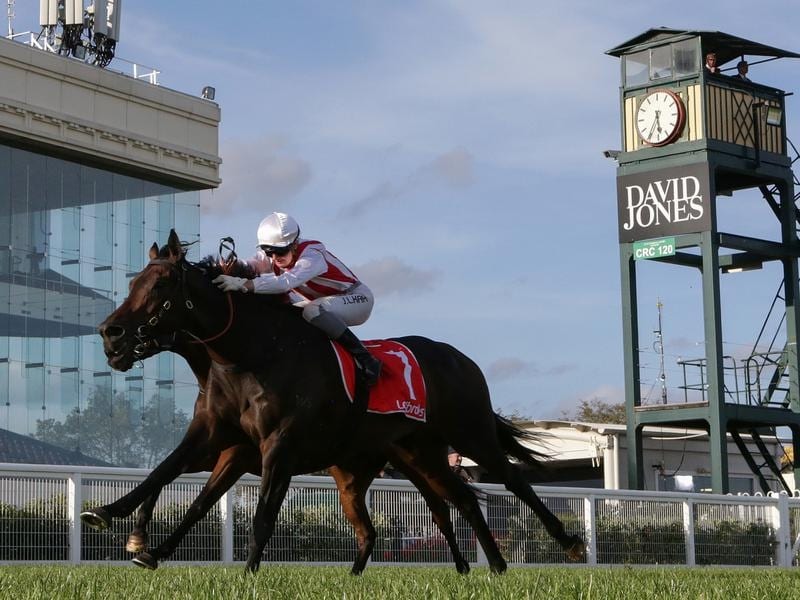 Last-start Caulfield winner Our Libretto is already in Sydney to prepare for her next assignment in the Group Three JRA Plate at Randwick.

Our Libretto won over 2000m at Caulfield second-up last Saturday week and is also among nominations for Saturday’s Group Three Easter Cup at the same Melbourne venue, but trainer Grahame Begg will instead be running the mare on the bigger track at Randwick in the JRA Plate.

The lightly raced five-year-old travelled from Victoria to Sydney on Sunday and Damian Lane is booked to ride her in Saturday’s 2000m Randwick race which has attracted 26 nominations.

“I’m delighted with the way she has progressed and I feel she has taken good improvement from her last start,” Begg said.

“We galloped her at Pinecliff on Friday before she left for Sydney and she worked really well.

“I really wanted to get her onto the bigger stretches of Randwick.”

Begg went close to winning the Group One Coolmore Legacy Stakes (1600m) at Randwick on Saturday with another mare, Miss Siska, who hit the front at the 200m and was only overhauled in the final 20m, finishing fourth, less than half a length from the winner Kenedna in a thrilling finish.

Begg said Miss Siska, a half-sister to former star sprinter Hay List, had bounced out of that run and was likely to head north to Queensland for the Group Two Hollindale Stakes (1800m) at the Gold Coast on May 4.

A Queensland campaign is also possible for Sandown Classic placegetter Our Libretto, who has won five of her eight starts since joining Begg’s stable from New Zealand where she had two races.

“She could possibly go to Brisbane,” Begg said.

“That’s certainly earmarked but we’re just going to let Saturday determine what we do. We’ve got a couple of options. We can go to Brisbane or come back to Melbourne and possibly get her ready for the Andrew Ramsden.”

The Easter Cup, meanwhile, has 23 nominations with Night’s Watch and Extra Brut among four nominations for the Ciaron Maher and David Eustace stable.