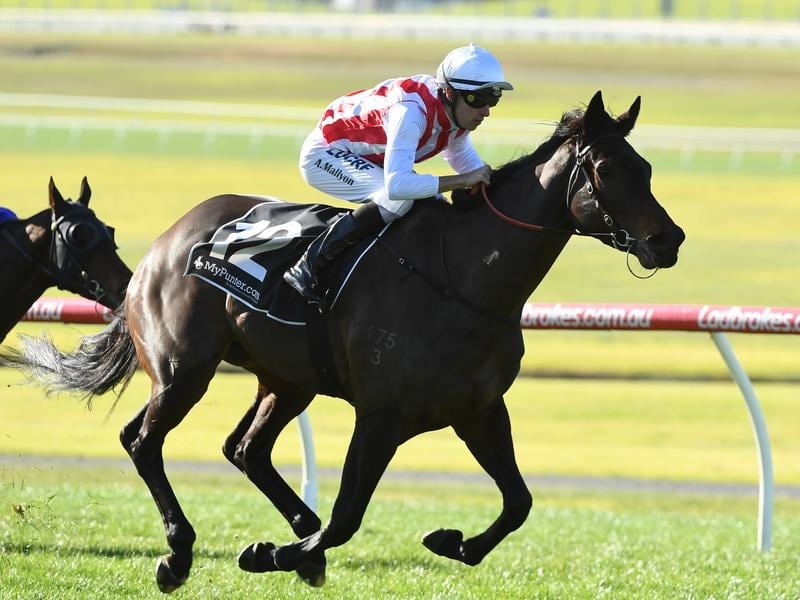 A day before Group One-winning colt Written By is taken to Sandown for a jump-out, his Grahame Begg-trained stablemate Our Libretto will head to the same course in pursuit of a second Australian victory.

Begg’s Blue Diamond Stakes winner Written By is scheduled to have an 800m jump-out on Thursday as he builds to his planned race return on September 22 at Caulfield.

Begg is delighted with the way Written By is progressing while he is also hopeful lightly raced five-year-old mare Our Libretto can back up her convincing maiden win last month in Wednesday’s Ladbrokes Multiverse Handicap (1600m).

Formerly trained in New Zealand, Our Libretto came from back in the field to win a 1400m-maiden on the Sandown Lakeside circuit on July 18 by 2-3/4-lengths.

She steps up to benchmark-70 grade on Wednesday against her own sex.

“She got the job done in great style at Sandown in her first start for us,” Begg said.

“We expected her to run very well but the manner in which she did it, I was pretty taken with.

“It was only a maiden so you’ve got to take that into account. They were pretty moderate opposition but all you can do is win and she did put a gap on them.

“She’s had two trials in between and going to the Sandown Hillside course and up to a mile you’d think she’d be very well suited.”

Judging by her first win Begg believes Our Libretto, by O’Reilly out of Zabeel mare Etoile Du Nord, is untapped and is hoping she can boost her rating on Wednesday, with a benchmark race over 1800m at Flemington next month in mind.

“She’s bred to get over further,” Begg said.

“She’s a half-sister to Epingle so there’s good staying blood in her pedigree and she’s a lovely big mare.”

Our Libretto was at $3.30 on Tuesday behind the Peter Morgan-trained Shoko ($2.70), who made it two wins from as many starts with victory at Sandown last week, and Begg rates her the hardest to beat.

“She got the job done well last week and has drawn barrier one so is going to get all the favours up front,” he said.

“We’ll probably be giving her a tidy start but she’ll be winding up strongly late.”