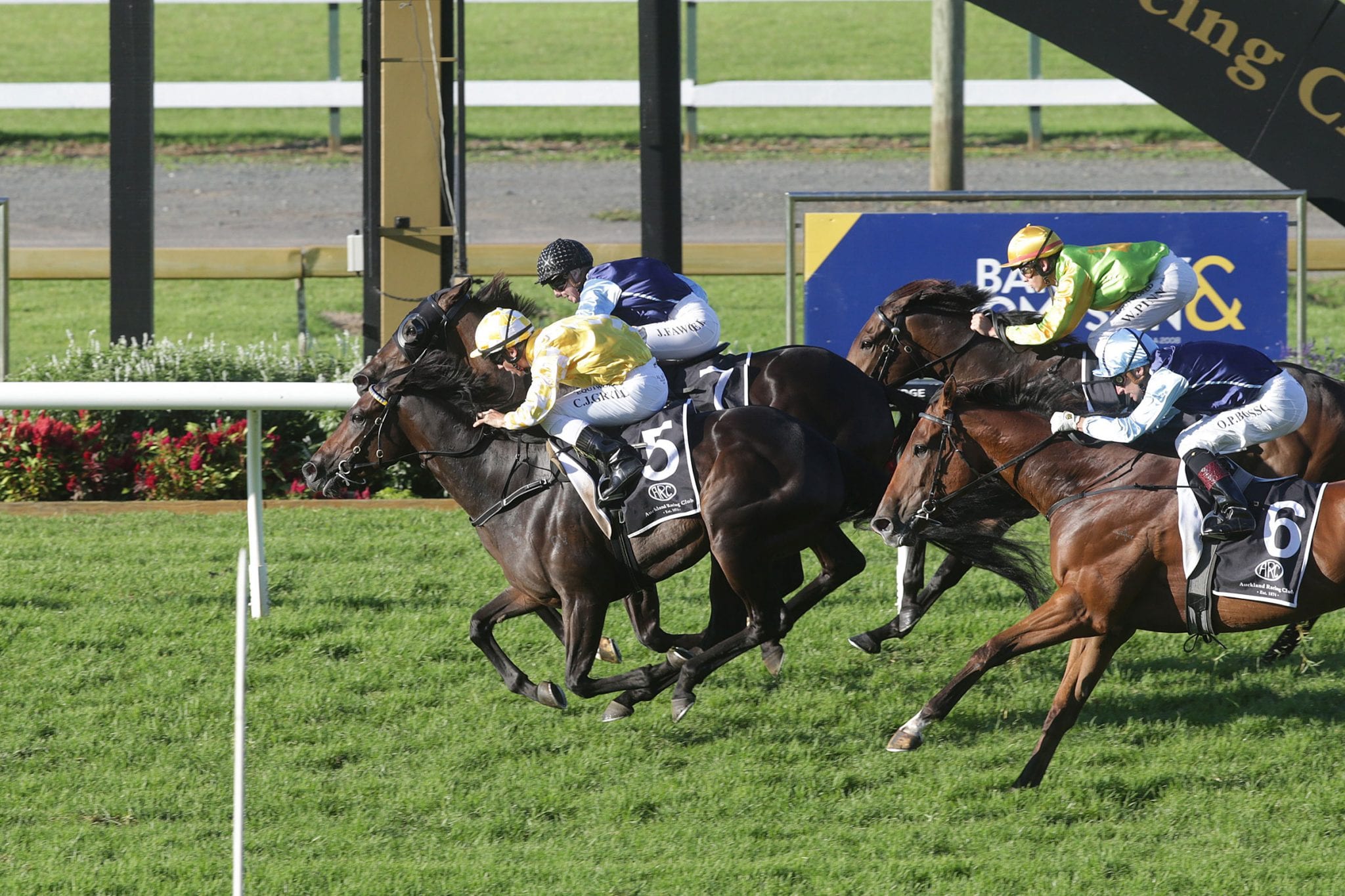 Matamata trainers Lance O’Sullivan and Andrew Scott look likely to produce a triple threat at the Sydney autumn carnival after another stellar day for their Wexford Stables at Ellerslie on Saturday.

Fresh off the back of quality three-year-old Rocket Spade providing the partnership with a gritty victory in the Group 1 New Zealand Derby (2400m), promising three-year old filly Force Of Will and hardy stayer Charles Road potentially added their names to the travel roster with outstanding performances at Auckland’s premier course.

Force of Will, the Sir Owen Glenn-bred and owned daughter of Power, made it four wins in a row with a narrow but impressive victory against the older horses over 1600m in the last race of the day, just half an hour after Charles Road produced his best run of his current campaign when finishing runner-up to Ocean Billy in the Group 1 Barfoot & Thompson Auckland Cup (3200m).

That has O’Sullivan excited about their respective prospects with Force Of Will a candidate for the Group 1 Vinery Stud Stakes (2000m) at Rosehill on March 27, while Charles Road could contest the Group 1 Sydney Cup (3200m) at Randwick on April 10.

“I thought Force Of Will was very brave as it was her first run for about five weeks,” O’Sullivan said. “We thought she was capable of winning, but we did know whatever she did there would be a heap of improvement in her.

“It got quite tight at the end, so we were pleased to see the line come up with her nose still in front.

“We’re looking at the Vinery in Sydney for her next run, which will be a big test against the Aussies as well as going over 2000m for the first time.

“Andrew and I are still trying to work out just how far she wants to go.

“Being by Power you would think there are some distance queries, but her female side has some quality staying blood in it and we think she deserves her chance.

“I know Sir Owen would love to see her get some Australian black type to further enhance her value.

“The track conditions will also dictate a little as she does handle some cut in the track, but we think she is far better suited on top of the ground.”

O’Sullivan will also be speaking with owner David Archer as to the plans for Charles Road with the Sydney Cup top of the list of options for him after he ran third in the race back in 2017.

“That was a remarkable run by Charles Road and it was good to see after he didn’t have a lot of luck in his lead-up races,” he said.

“He stumbled out of the gates at Matamata last time and made up good ground late in the piece, so from a two-mile perspective it was a real pass mark.

“It was a lovely ride by Michael (McNab) as he was three-wide early but got some cover and got a drag into the race when he needed it.

“He finished off strongly and he did have the two-mile form having done so well over the distance earlier in his career.

“We were certainly cheering him on and the voice is a little hoarse today because of it.

“We’ll sit down in the next few days and speak with David about where we go next, but I know he is keen to see him have another go and the horse is definitely going well enough.”

O’Sullivan also advised that Rocket Spade had thrived since his New Zealand Derby victory and would make an appearance at the Taupo trials on March 23 before heading to Sydney to tackle the Group 1 Australian Derby (2400m) at Randwick on April 3.