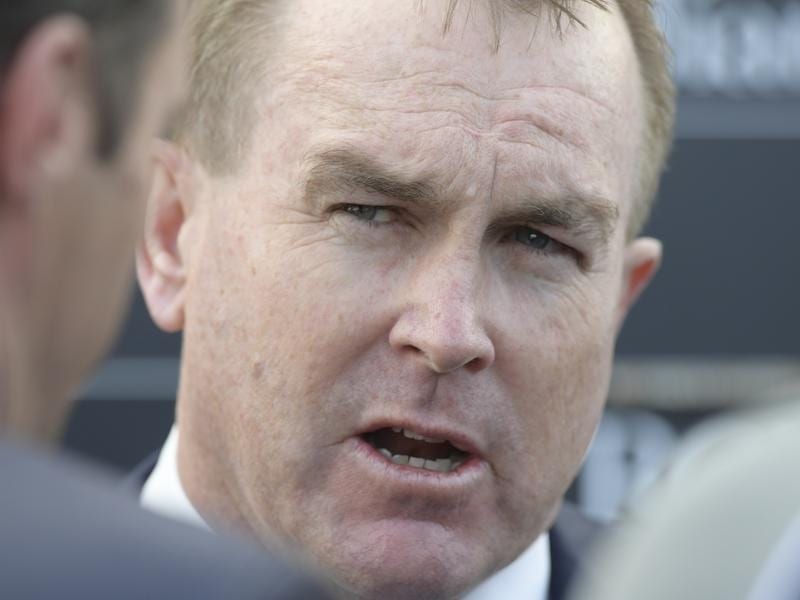 When John O’Shea went to the yearling sales eighteen months ago intent on buying the progeny of Group One winner Contributer, one colt stood out.

The Randwick horseman trained Contributer during his time at the helm of Godolphin and when he saw Lion’s Roar, he did a double take.

“He looks exactly the same. He is a deep bay, he’s got a big, deep girth and he’s got a bit of character about him,” O’Shea said.

“He is just a replica of his father.”

Contributer’s crowning glory was his 2015 Group One Ranvet Stakes win over 2000 metres.

At Randwick on Saturday, Lion’s Roar will be chasing an elite victory of his own over the same distance in the Spring Champion Stakes.

Of the many things O’Shea learned during his Godolphin tenure, one was the significance of having history with a horse’s family.

The majority of Sheikh Mohammed’s gallopers are from stallions and dams who have come through the Godolphin system and many trace back generations.

“I think that’s one of the advantages Godolphin has because they’ve got all those families they know and they’ve had them for years,” O’Shea said.

“When you’ve trained mum or dad it’s a big help.”

O’Shea is hoping that will be the case with Lion’s Roar, who backs up from a strong middle-distance win at Newcastle last Saturday.

He was scratched from the Gloaming Stakes a week earlier after he had a reaction which required treatment.

O’Shea says the hiccup has had no bearing on the three-year-old’s Spring Champion preparation and he is surprised by his $18 quote.

“It’s hard to work out because the other day he was going to start 7-2 behind Love Tap in the Gloaming and he’s subsequently come out and won when he was $1.70, so there you go,” O’Shea said.

“We were happy enough with what he did and he’s improved with the run so he’s going to Saturday a fit racehorse.”

O’Shea is also happy stablemate Socrates is going the right way after breaking his maiden over 1600m at Kembla Grange last start.

By noted sire of stayers Tavistock out of an O’Reilly mare, he is bred to relish the Spring Champion distance.

“He is raw but if ever there is a horse with the pedigree to win a Spring Champion it’s this horse,” O’Shea said.

“He’s got a magnificent pedigree and the first time we asked a question of him, which was at Kembla, he responded.

“They’re both really nice horses. Their main targets since early in the year was to run well in the Spring Champion so we’re really happy with where they have ended up.”