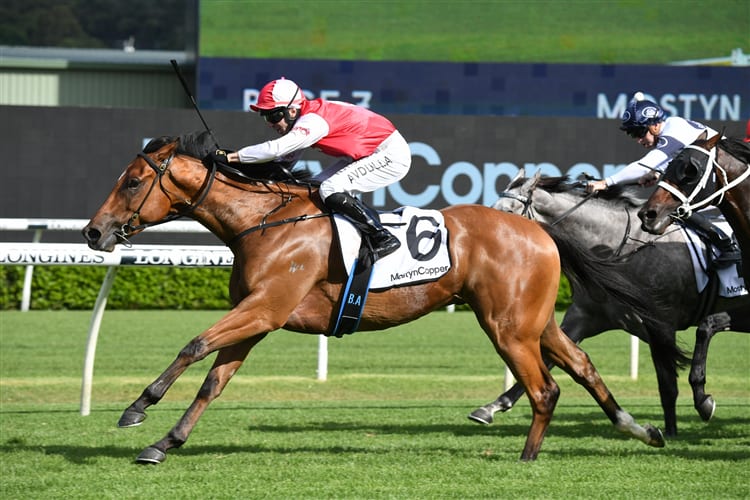 John O’Shea is hoping it will be a case of like father, like son when Lion’s Roar chases a Group One, 2000 metre target on Golden Slipper day.

The three-year-old will bid to add Saturday’s Rosehill Guineas to his victory in the Randwick classic, six years after his sire Contributer – who O’Shea also trained – won the Ranvet Stakes over the same course and distance on the corresponding program.

“I’m happy with where we’re at. I wouldn’t change anything and the horse is in good order so hopefully that reflects on the field on Saturday.”

Lion’s Roar has drawn awkwardly in barrier 12 and is an +700 chance in pre-post markets which have Mo’Unga, who was a luckless second in the Randwick Guineas, as a clear-cut +180 favourite.

Montefilia downed Lion’s Roar in the Spring Champion Stakes and is also highly regarded at +550 with Victorian Grandslam (+700) the only other runner under double-figure odds.

Given Mo’unga’s good draw in barrier six, O’Shea figures bookmakers have made the right market assessments.

“Mo’unga looks to have drawn to get a very good run in the race,” O’Shea said.

“The filly beat our bloke last year so the formlines all tie in. I thought her run first up was fantastic in a race that has punched out a good few winners.”

O’Shea is looking for an improved run from Rondinella as she continues her march towards the Sydney Cup in the Epona Stakes (1900m).

“She is looking for a mile-and-a-half and a tough-run 1900 on Saturday is right up her alley,” O’Shea said.